To discover and buy the books made by the photographer Jean-Christophe Ballot. 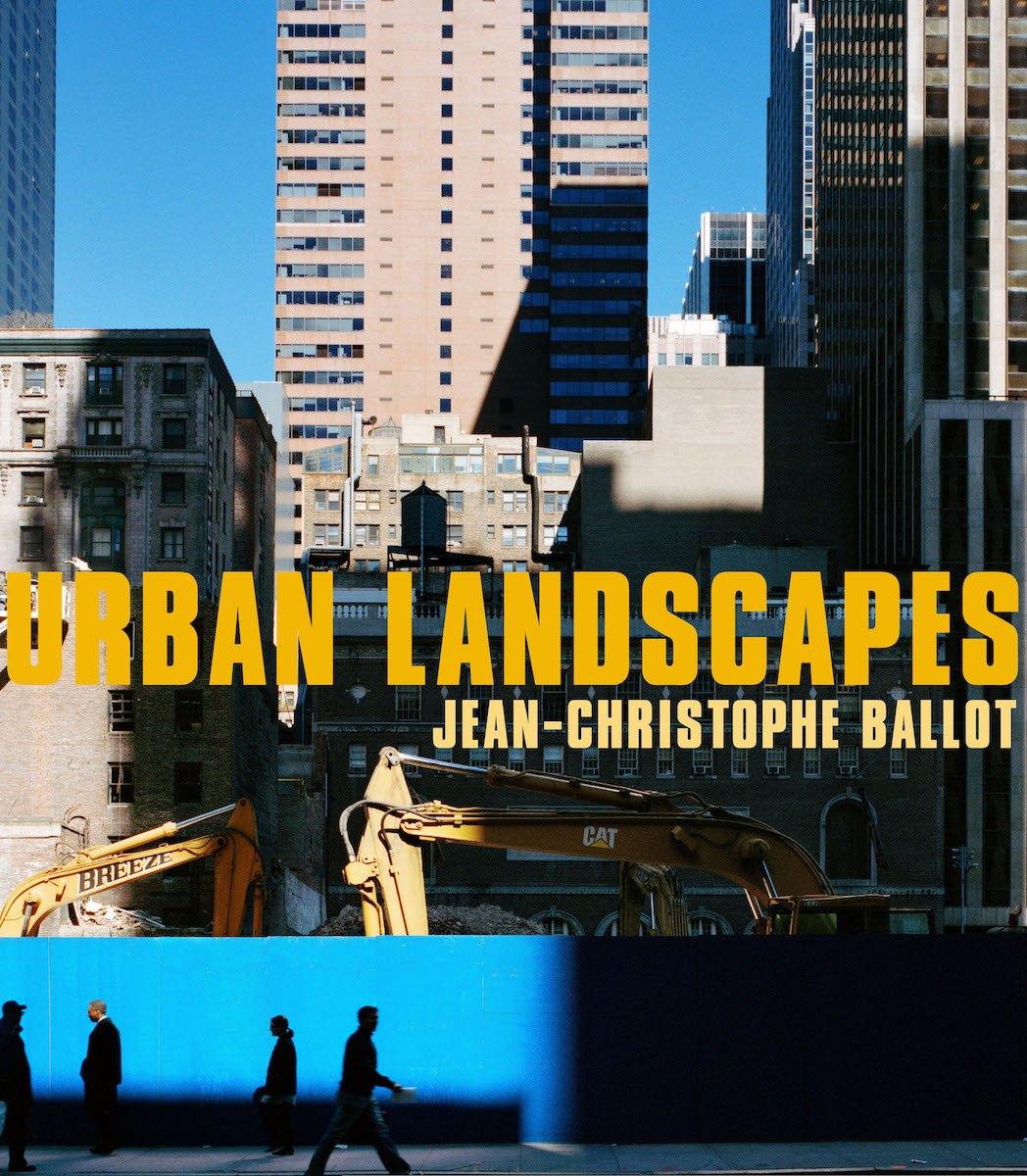 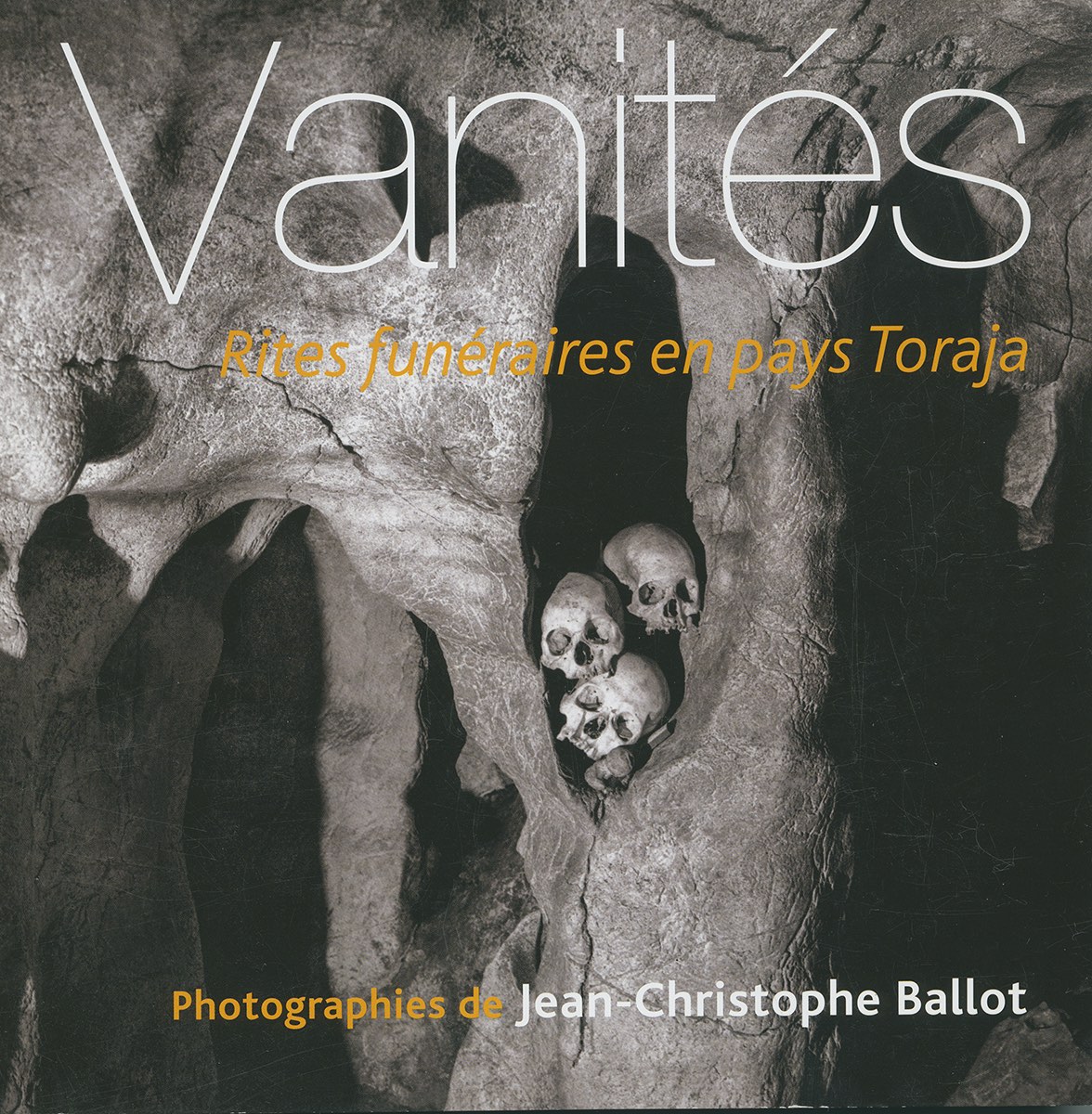 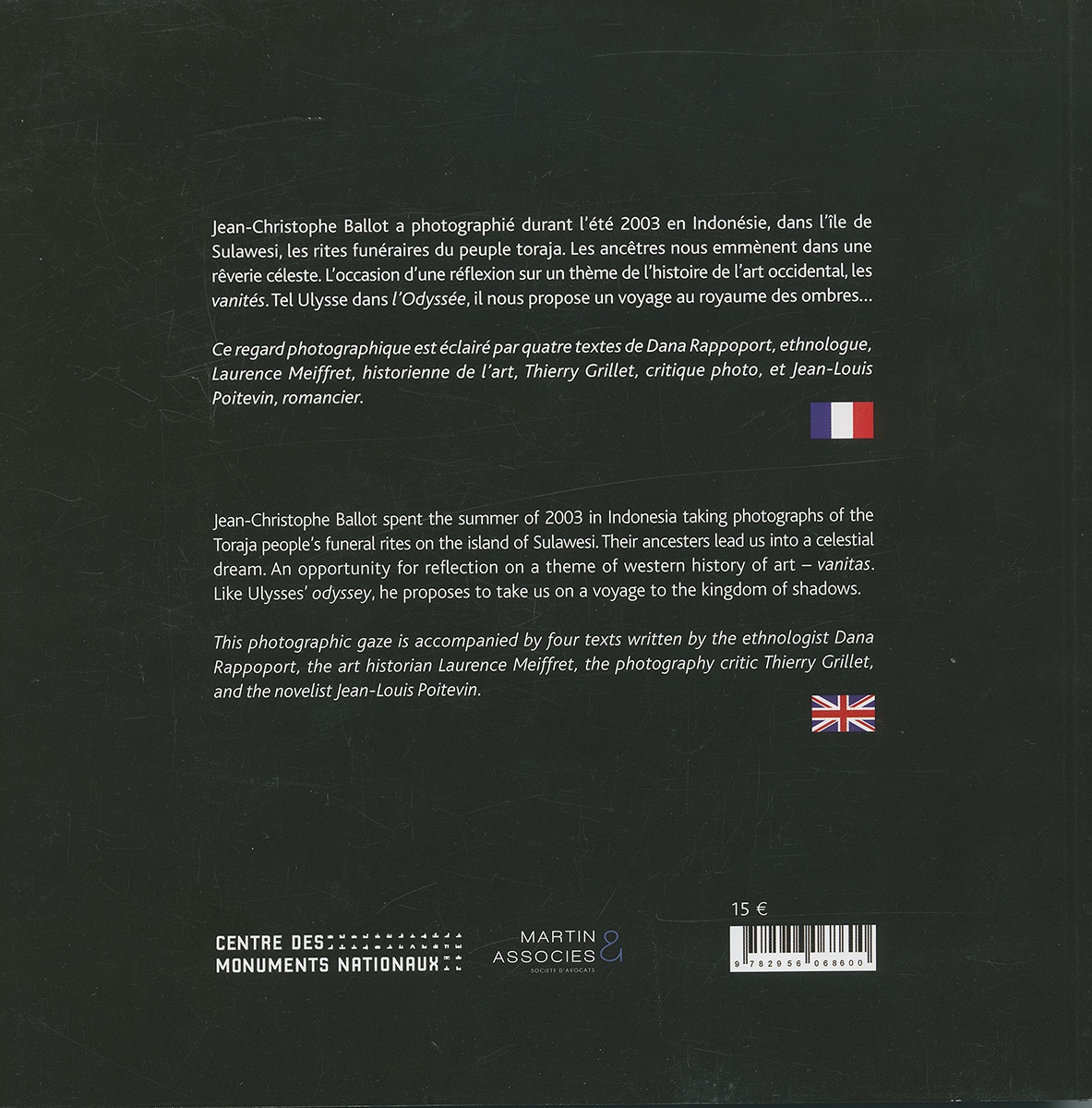 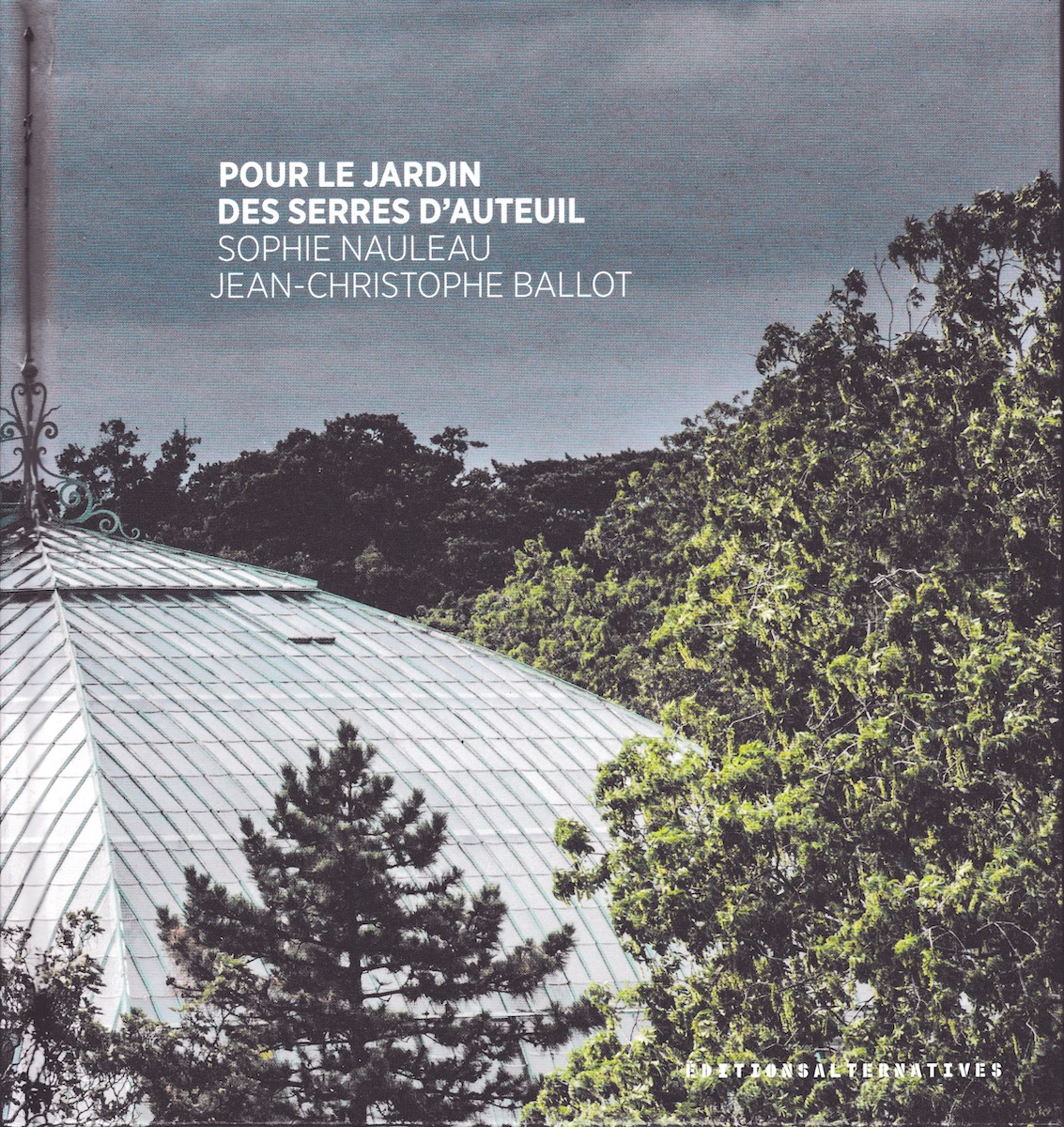 For the garden of the Auteuil greenhouses

TWO AUTHORS, TWO LOOKS that introduces the lively preface by Jean-Yves Tadié, a great specialist of Marcel Proust’s work. Words and images, at the service of a national heritage by definition common, the Jardin des Serres d’Auteuil. When Sophie Nauleau lets her talent as a storyteller express itself, the journey is sensitive. When Jean-Christophe Ballot paints more than he photographs this place, the discovery is renewed. Here is a talented bouquet, are they orchids or burning thistles, for you to discover when reading this book made for the continuation of the beautiful Jardin des Serres d’Auteuil. 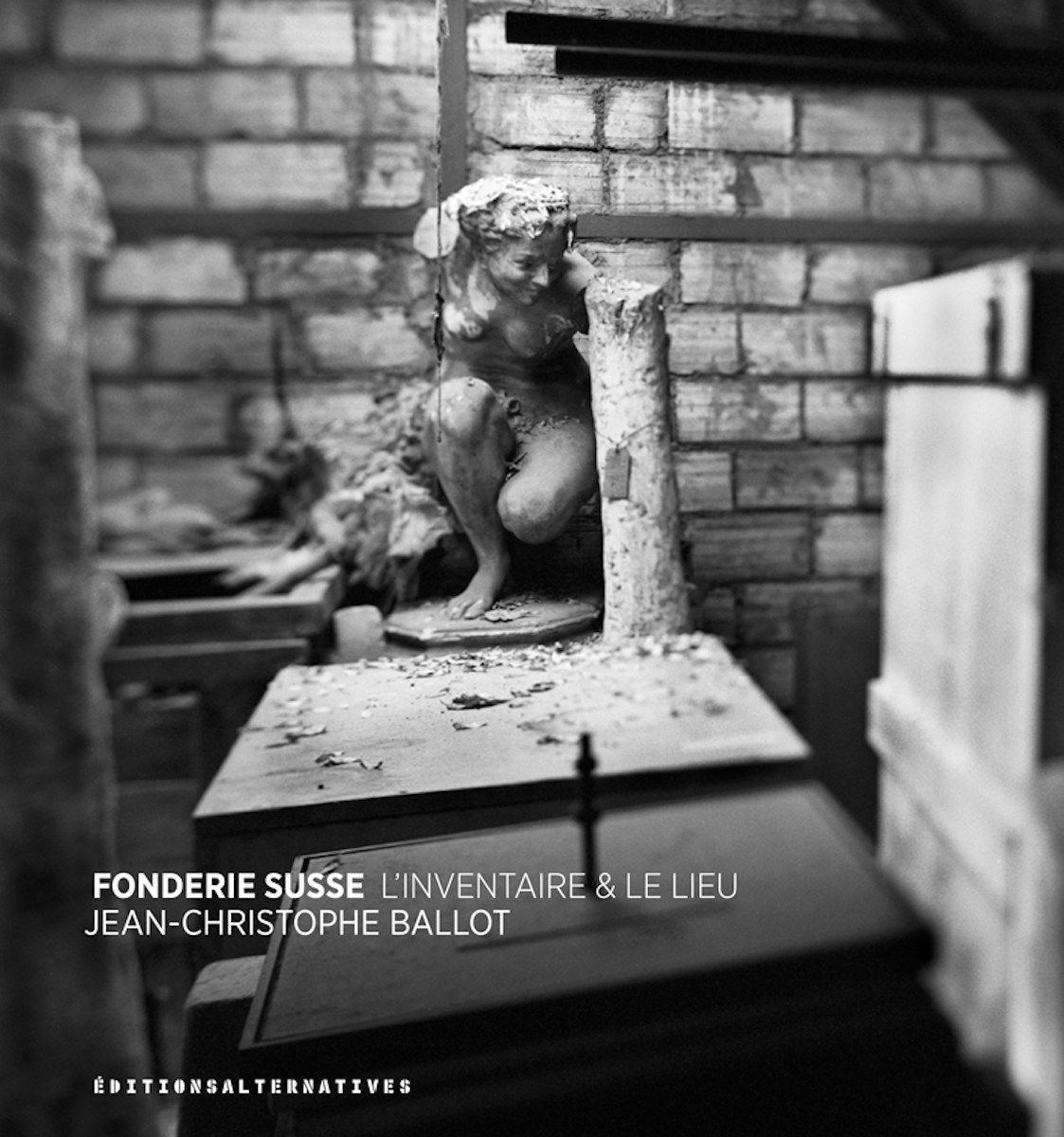 Susse Foundry
The inventory & the place Photographs of the author. Preface by François Barré

1758, the Susse brothers founded a business trading in office accessories, many of which were made of bronze. Gradually, the Susse brothers and their descendants turned to the casting and publishing of bronze objects, then sculptures.
In the 1950s, André Susse put the know-how of the foundry at the service of contemporary artists. In the workshop, we meet Miró, Giacometti, Germaine Richier, Max Ernst, Émile Gilioli…
Today, the Susse foundry maintains its know-how by putting it at the service of the successions of the greatest artists while getting closer to the young talents of today.

Jean-Christophe Ballot seizes the inanimate in space, sculpts images which tell us the history of the Susse Foundry. And the presences are such that our eyes blink at furtive, fleeting apparitions. These images fill with multiple flashes made of reminiscences this inventory until we find the soul of it, up to this place in which the noises even make echoes. We feel the warmth, the moods, the know-how from a tradition that everyone is eager to transmit. For it is indeed a question of transmission which, from a dreamlike inventory goes towards another place, and one agrees then that what is transported, moved, participates entirely, integrally of the humble respect offered to the work of art.

From 1987 to 2006, over a period of twenty years, Jean-Christophe Ballot made images of cities all over the world: Paris, Rome, Berlin (two periods before and after the fall of the Wall), Burgos (in Spain), Bratislava, Zagreb, Ostrowiek (in Poland), Casablanca, New York, Chicago, Surabaya (in Indonesia), Singapore, Shanghai. He studied architecture, which is perhaps why he is so attracted to dealing with spaces in images and his ability to measure up to, and even confront, the monumental dimension of certain architectures. His look orders, builds, without ever being reductive, the complexity of space. He has been working for twenty years on the urban landscape, creating “portraits of cities” which are the subject of this work. He approaches the scenic and symbolic dimension of the public space and the urban tensions resulting from the meeting of the architectural masses. The urban landscape becomes a fantastic set, a theater where a performance is given every day. His images question the memory, they carry the history of the city, of the urban sedimentation. Something of the order of mutation and trace is at work in his work. In contrast to photojournalism, his work is in no way related to current events, but rather to the past and beyond in a “historicized distance”, according to his own expression. He works in camera and generally chooses the frontal approach to his subject. He thus favors forms, masses, lines and surfaces. 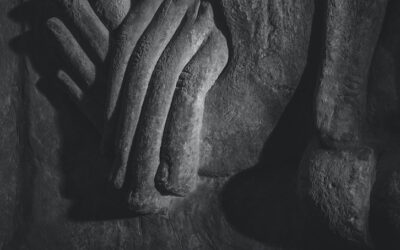 The Epic of Gilgamesh – Photographs by J.-C. Ballot 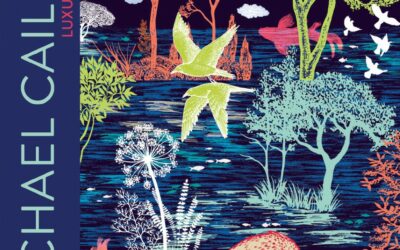 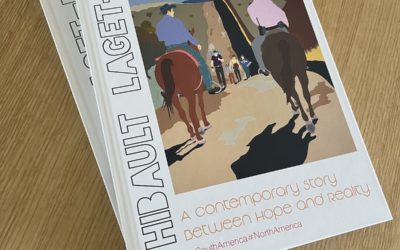 A contemporary story between hope and reality

New book on sale at the gallery.A contemporary story between hope and reality This new book by Thibault Laget-Ro retraces two and a half years of work.With a preface by Nathalie Béreau and texts by Marc-Antoine Côté and Louis Doucet, it presents in 90 pages the... 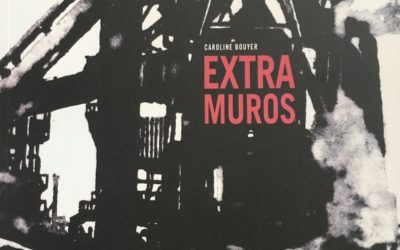 Extra Muros Caroline Bouyer in residency in the Dunkirk region captured the transformations of the port and the industrial city.Out of this darkness, she produced strong, highly graphic engravings: carborundum and monotypes for an offbeat look at the industrial urban... 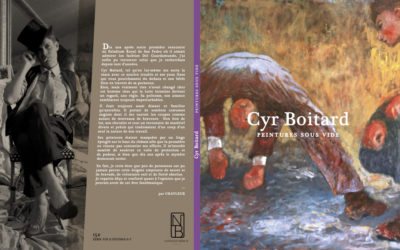 Long months in his Tours workshop - in the idea of creative isolation to the point of having to shut oneself away because of the pandemic situation -, this exhibition of an extraordinary springtime arose. June 2020, Paris. Cyr Boitard thus exhibits his new paintings,... 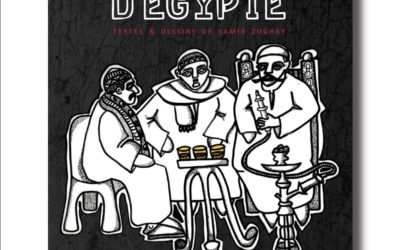 With "Memory of Egypt", Samir M. Zoghby offers the reader his memories of an endearing country whose secrets and keys he reveals to us through his texts. His drawings also take a bite out of daily life, just like the author! Preface by Marie-José Tubiana. "An... 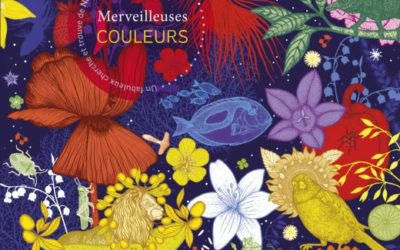 After Merveilleuse Nature published in 2017 (still available for sale), Michaël Cailloux (illustration) and Nathalie Béreau (texts in riddles) renew their collaboration with Editions Thierry Magnier for a second search and find!It's Merveilleuses Couleurs. 2019 / 30,5... 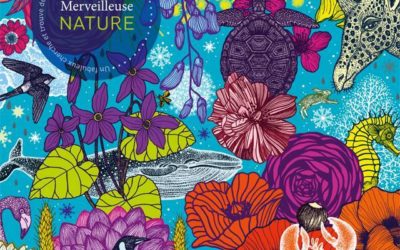 Merveilleuse NATURE by Nathalie Béreau (texts in proverbs) and Michaël Cailloux (pictures) is a dreamlike and poetic plunge into terra incognita, that of this artist engraver who combines ideas and images with humour and fantasy.A search and find for young and old,... 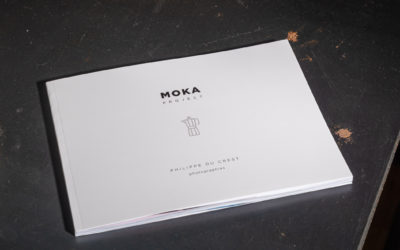