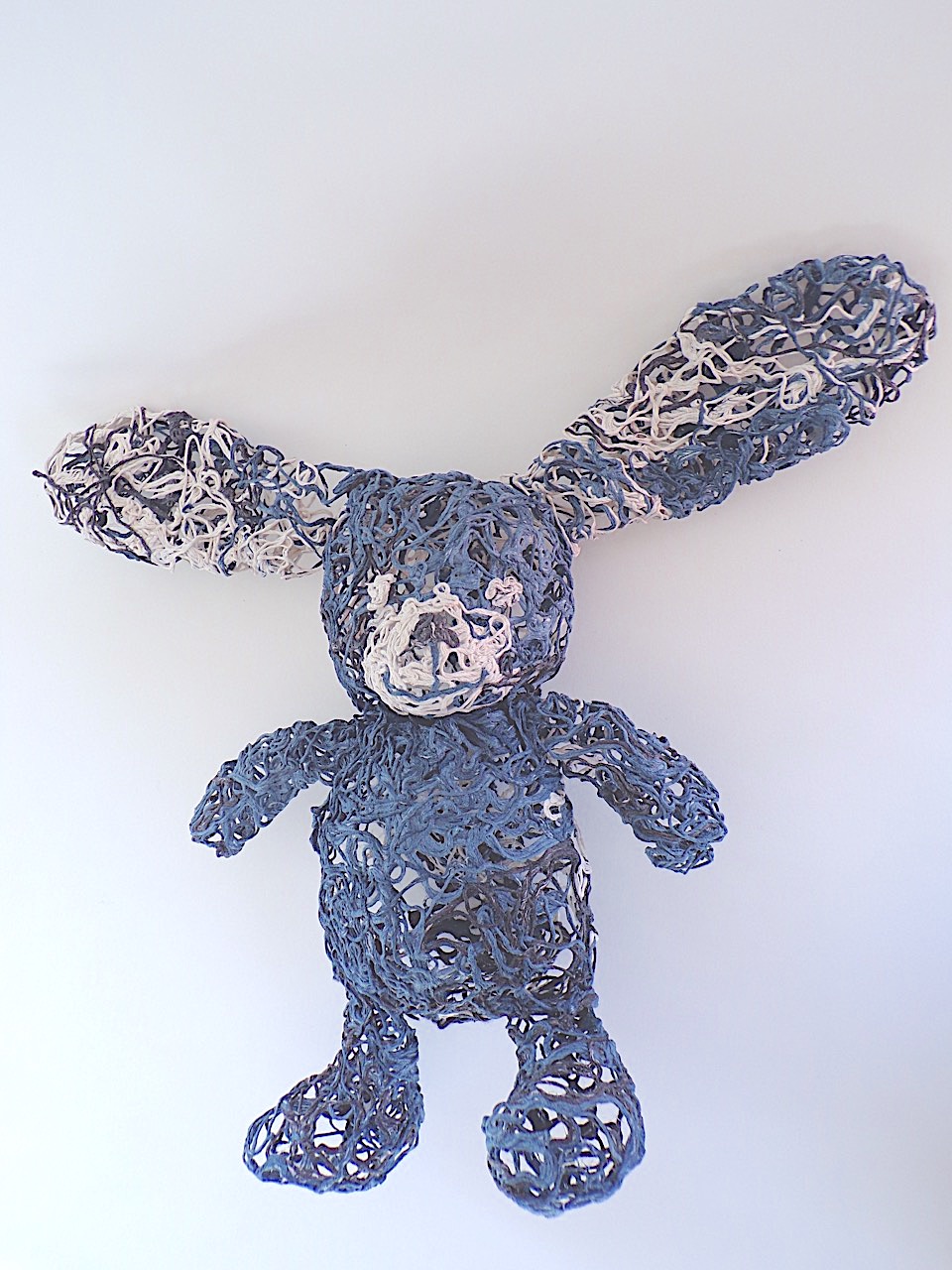 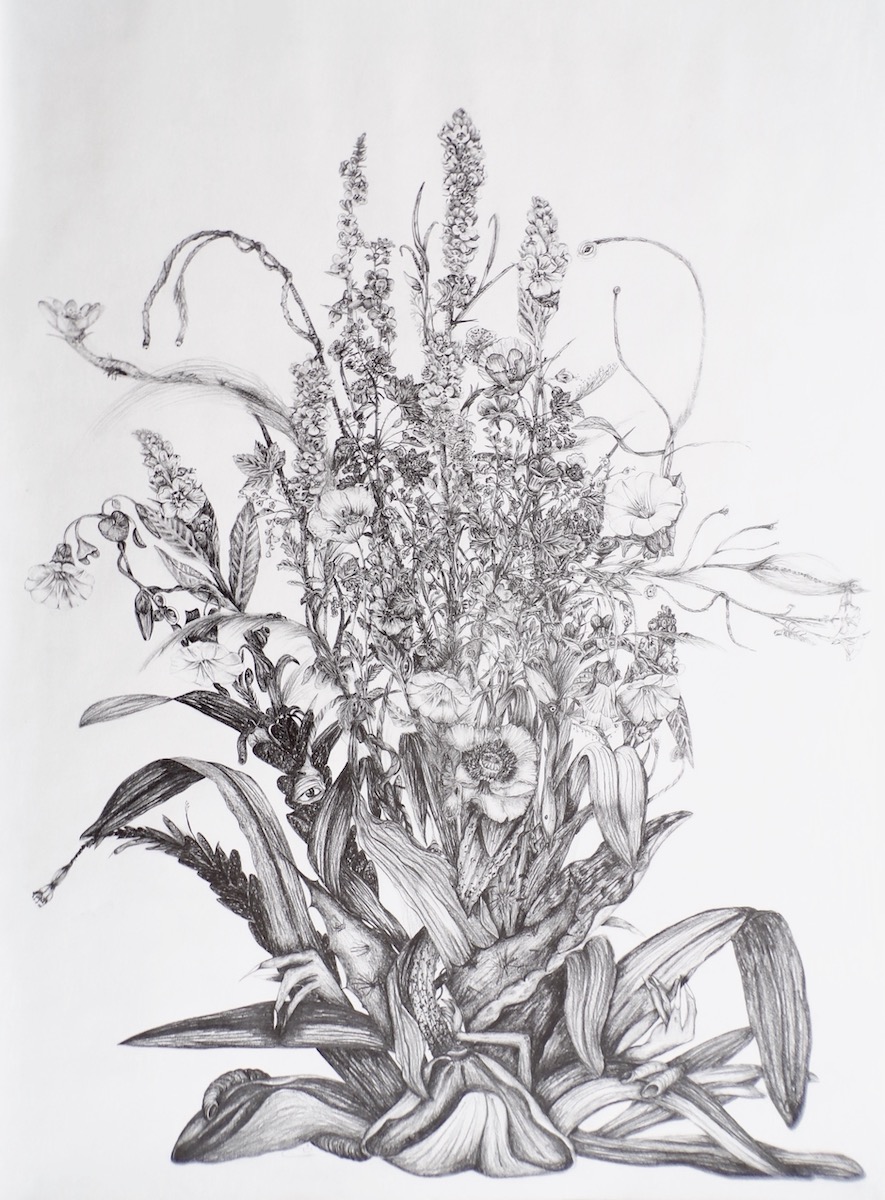 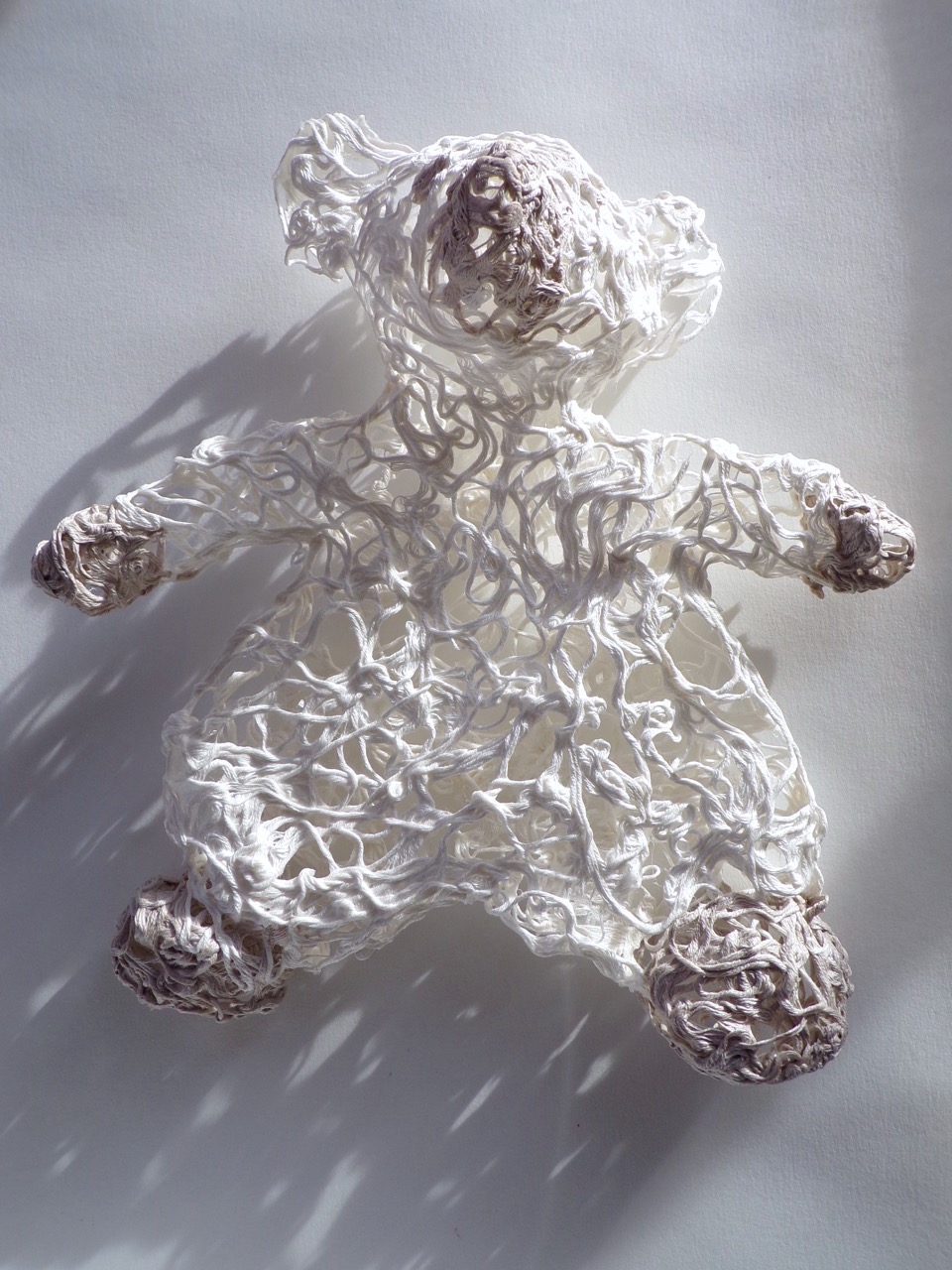 In my work I try to show a sensitive trace of the passage of life. I work on memory. Memory of bodies that have been and are no longer.
Perhaps they have grown up or are elsewhere, or perhaps they are dead?
For me, it is a question of showing the absence.
The sculptures I make often represent clothes.
These clothes seem to keep the imprint of a body that would have inhabited them. They are like second skins. They can also be seen as moults.
Absence is born from the void around which they take shape.
From this emptiness emerge images.
Happy and painful images.
Childhood dreams…

For me, it is also about evoking the fragility of existence.
This is why I often use plants to make my sculptures. Whether I choose them to be soft, sensual or light, once they have been transformed into moults, they express the precariousness of being in the world.
I associate humans and plants to speak of their mutual evanescence.
For example, like sand, poppy seeds evoke the passage of time. For a moment, they could be agglomerated and then eroded. The very memory of life, of these sculptures made of this material, could sink into oblivion.
But the seeds are a formidable reservoir of vital energy.
From nothingness, life is reborn…
Each plant carries its own meaning and poetics, and that is where I start. I extend the potential that exists in each of them but always with the same idea: to freeze the carnal envelope of the being before it fades away.

Soft toys, those objects that are so important when we are children, will eventually fade from our lives, be forgotten, disappear. This is what these sculptures evoke, an extension of previous research.

The drawings (diptychs “Les Hybrides” and triptychs “Les crève-cœurs”) have as their theme the Simples, these plants that were used in the Middle Ages to heal, and whose use we have forgotten today. They are all around us but we no longer know them, they have been forgotten.
The drawing “Hybrid I” is an echo of these Simples, it is composed of several plants and organic elements: it is the drawing of a plant that echoes the inventions of modern man, the GMOs.
Isabelle Tournoud 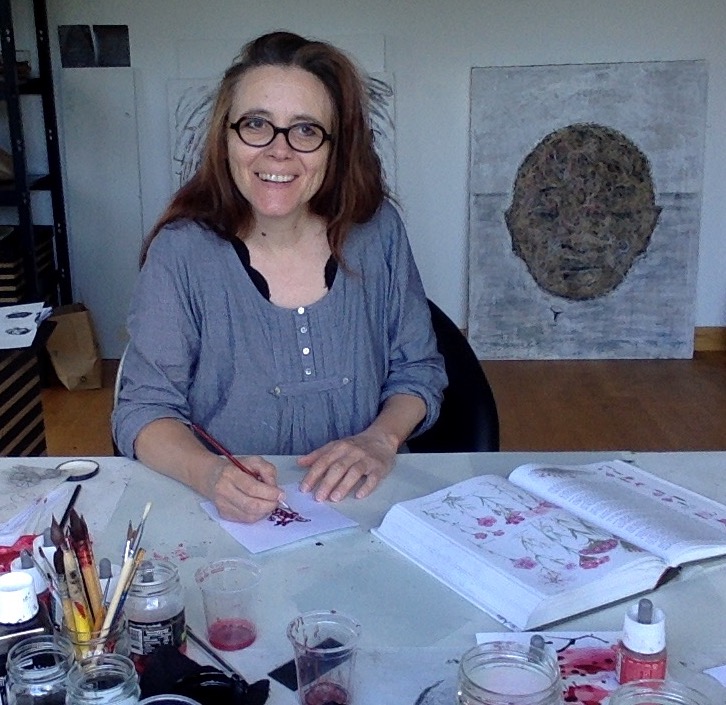 Isabelle Tournoud, magician of a reinvented nature, tames a dreamlike universe which almost always turns out to be metaphorically as contradictory and disturbing as the one we live in. But always, paradoxically, she gives it the seductive forms of a recreated or… dreamed. True or false? Bernard Point, Août 2005 (extract) 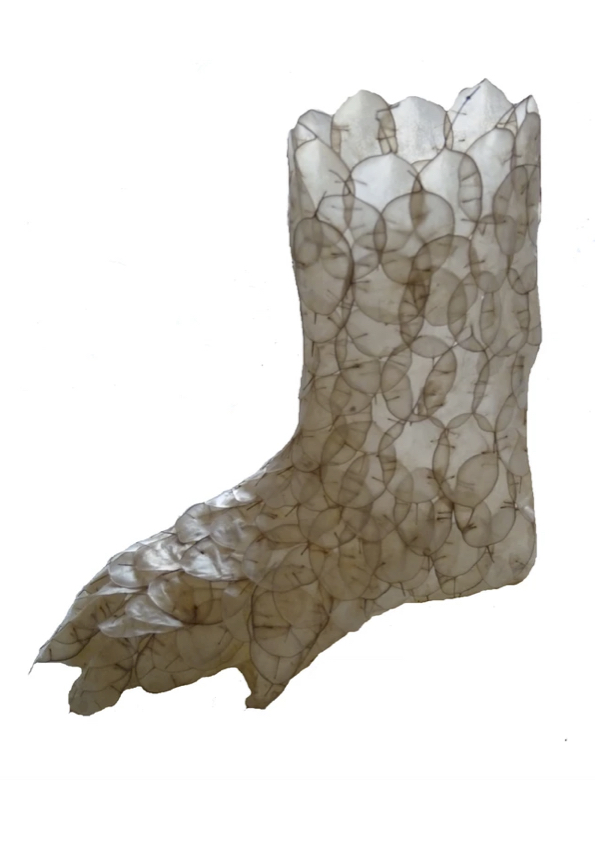 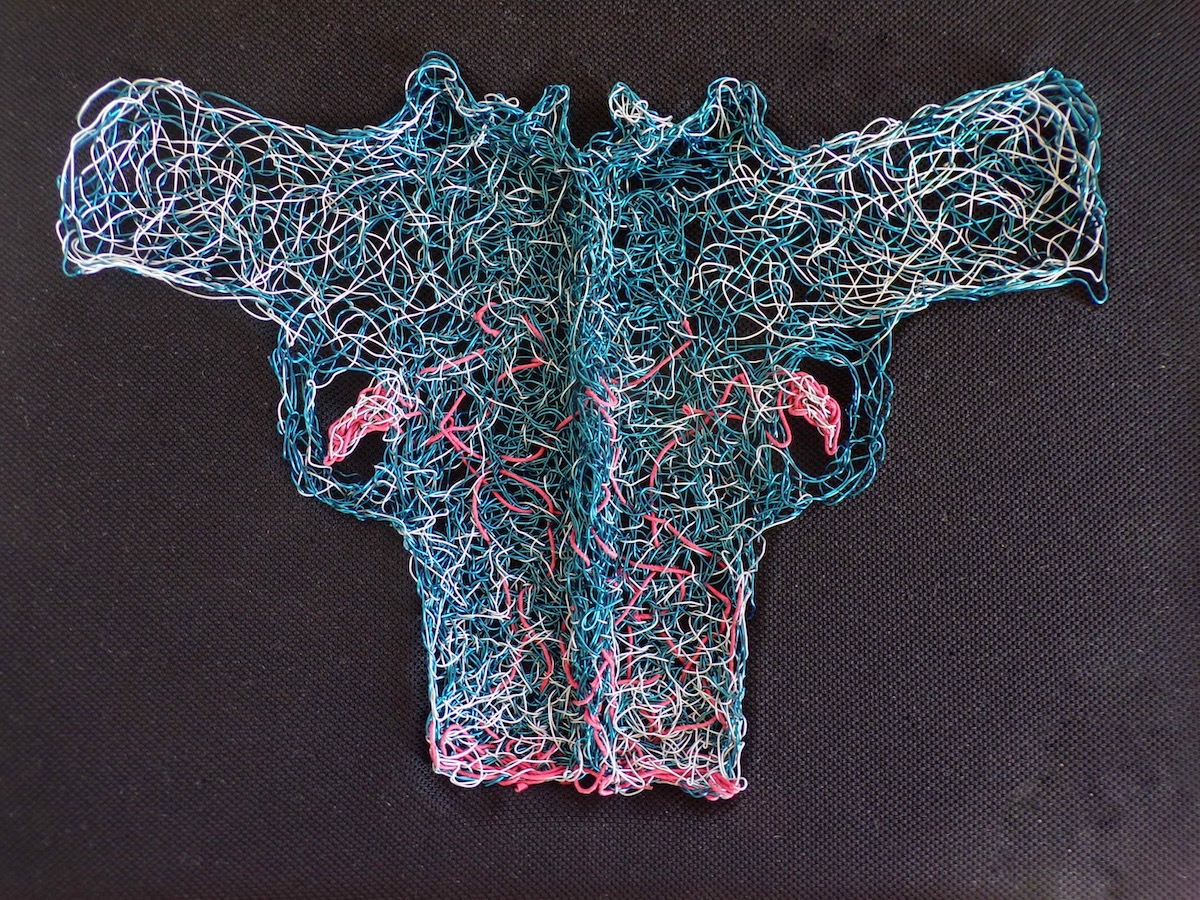 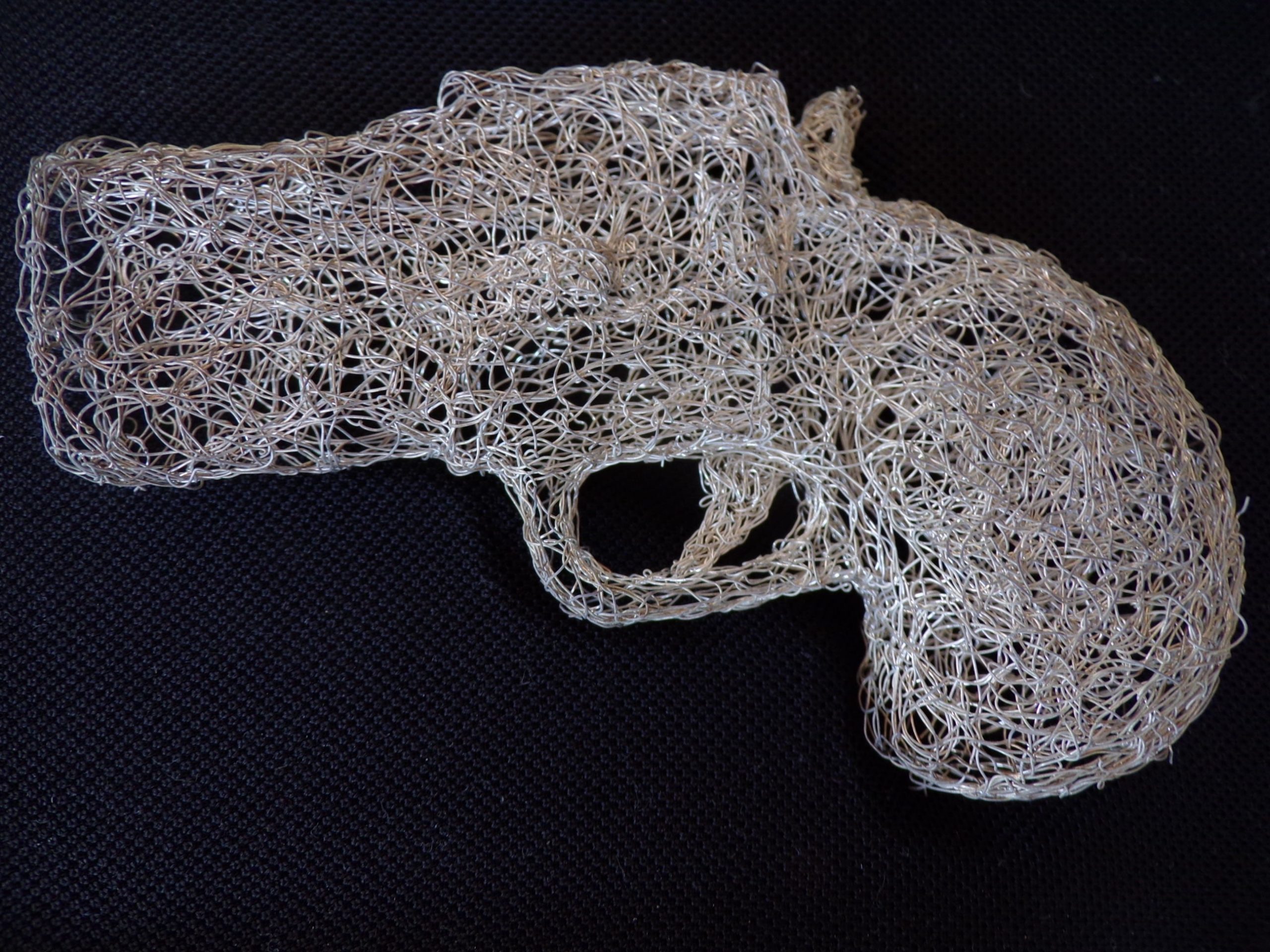 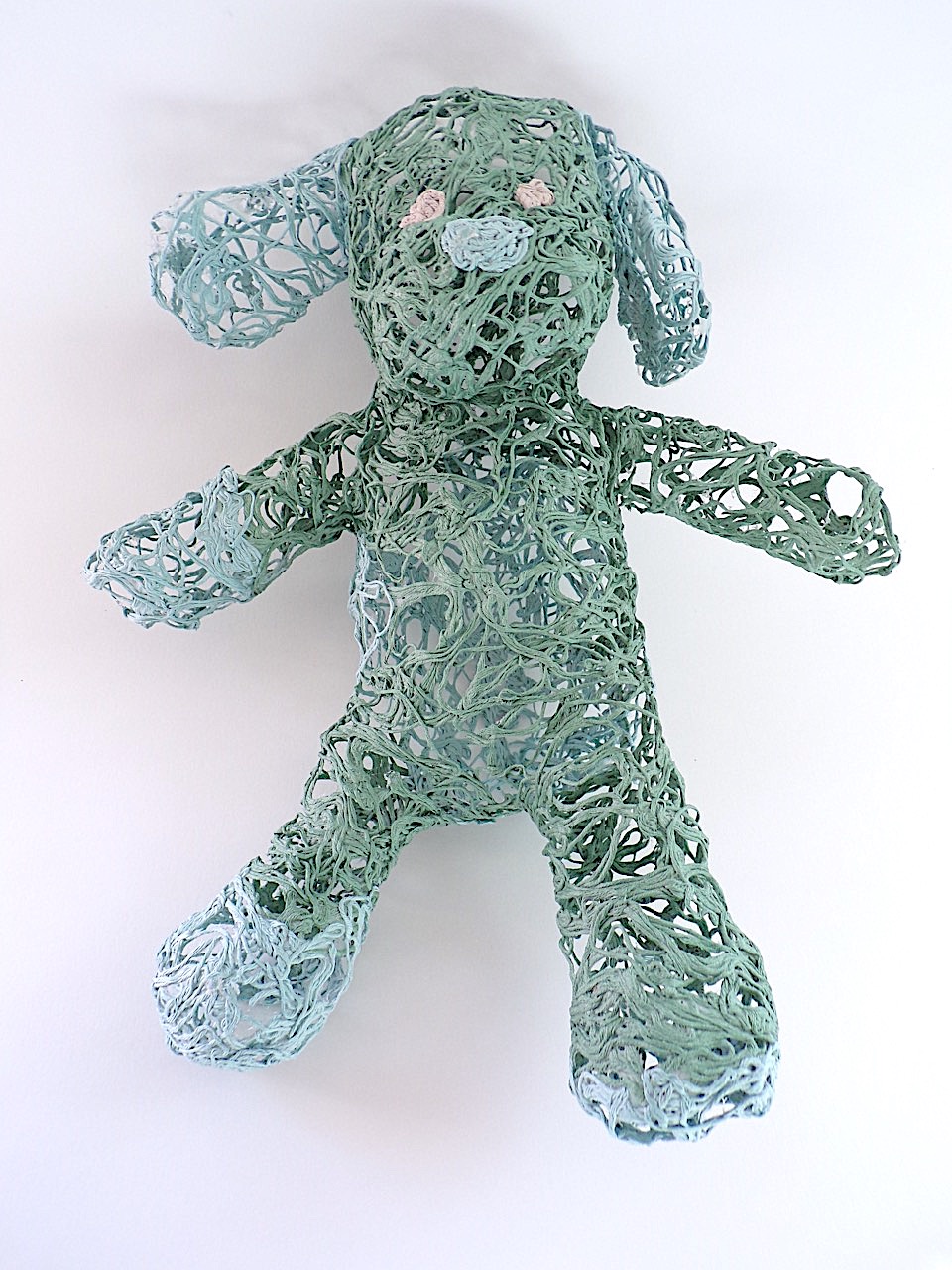 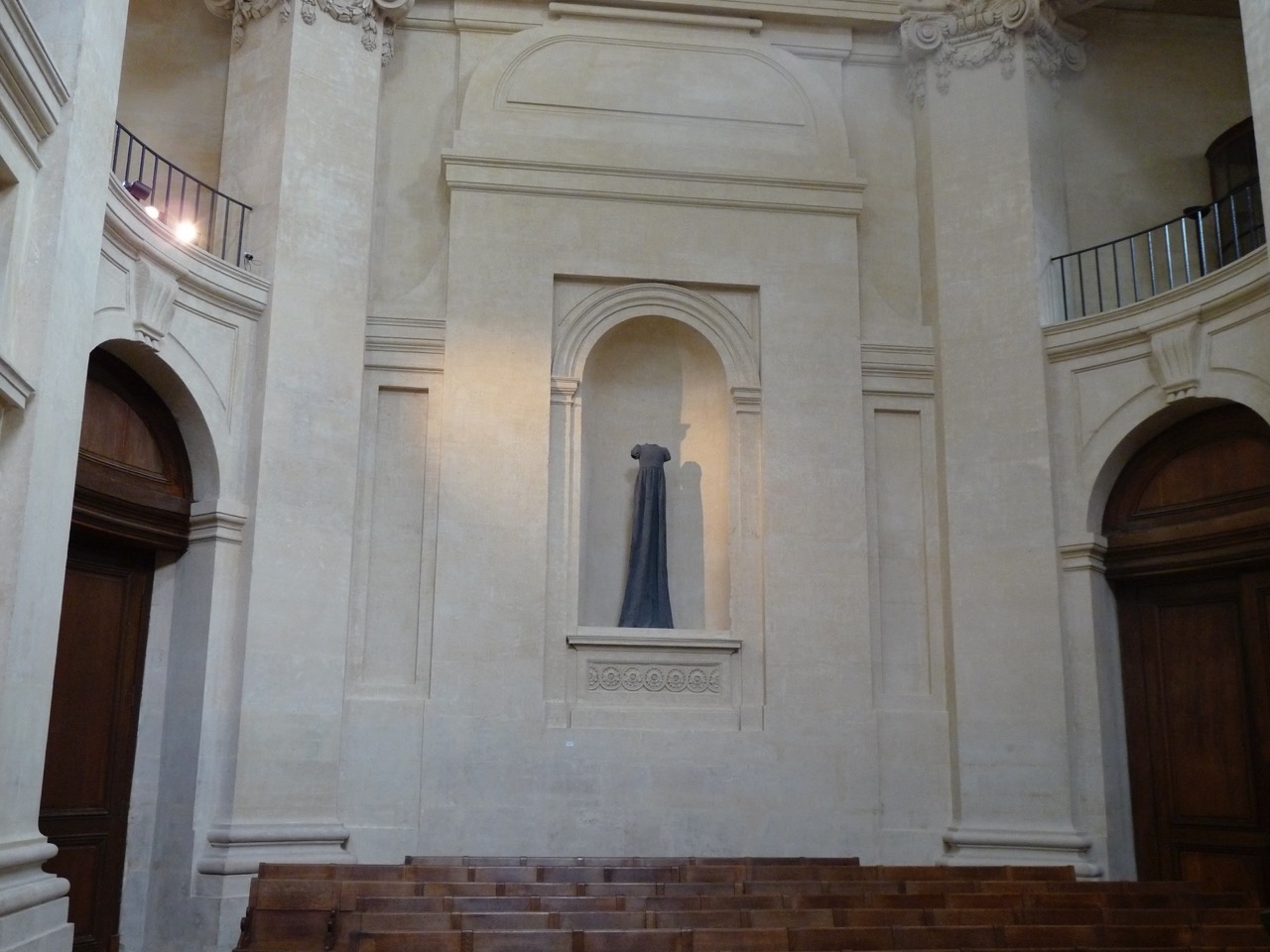 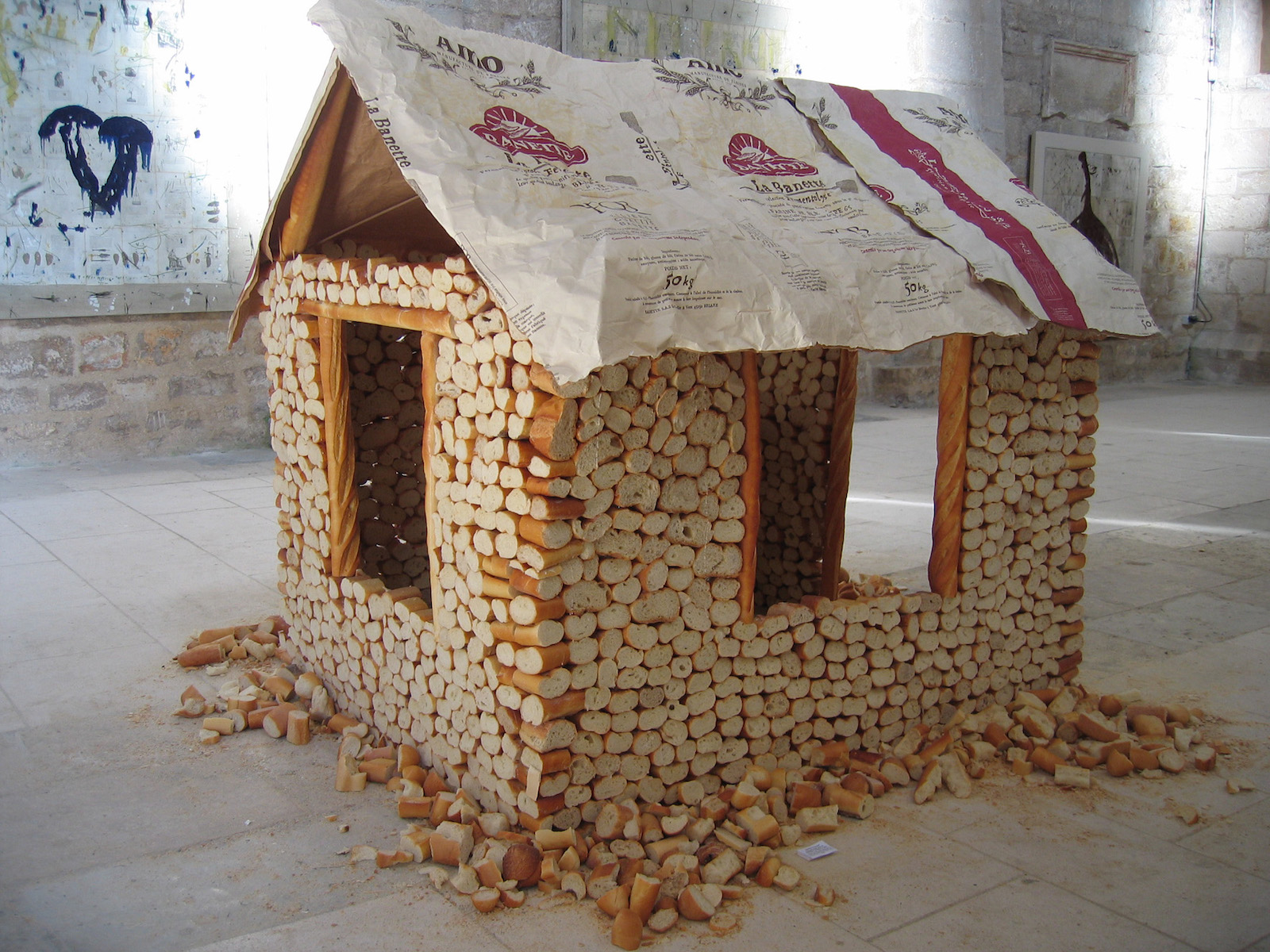 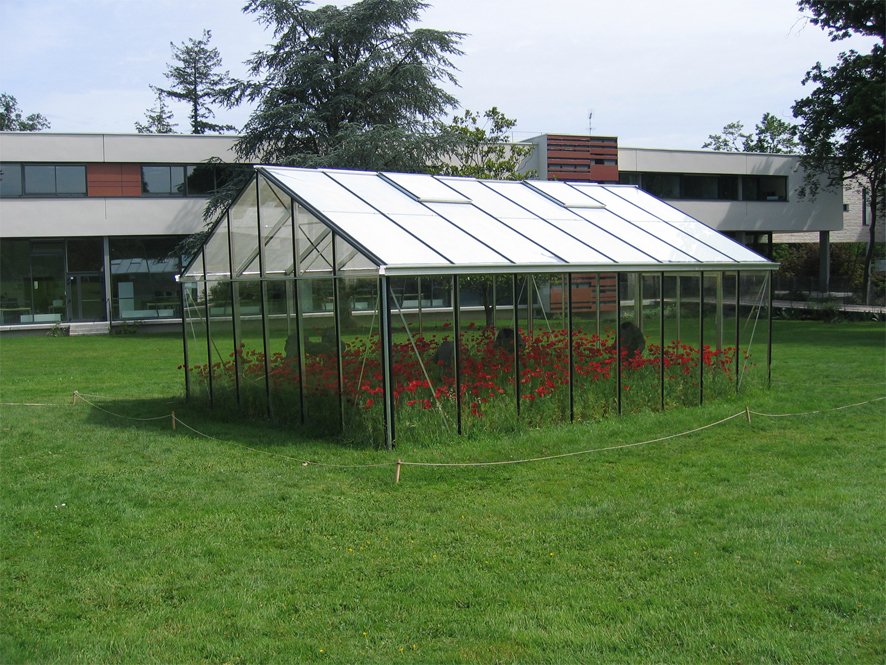 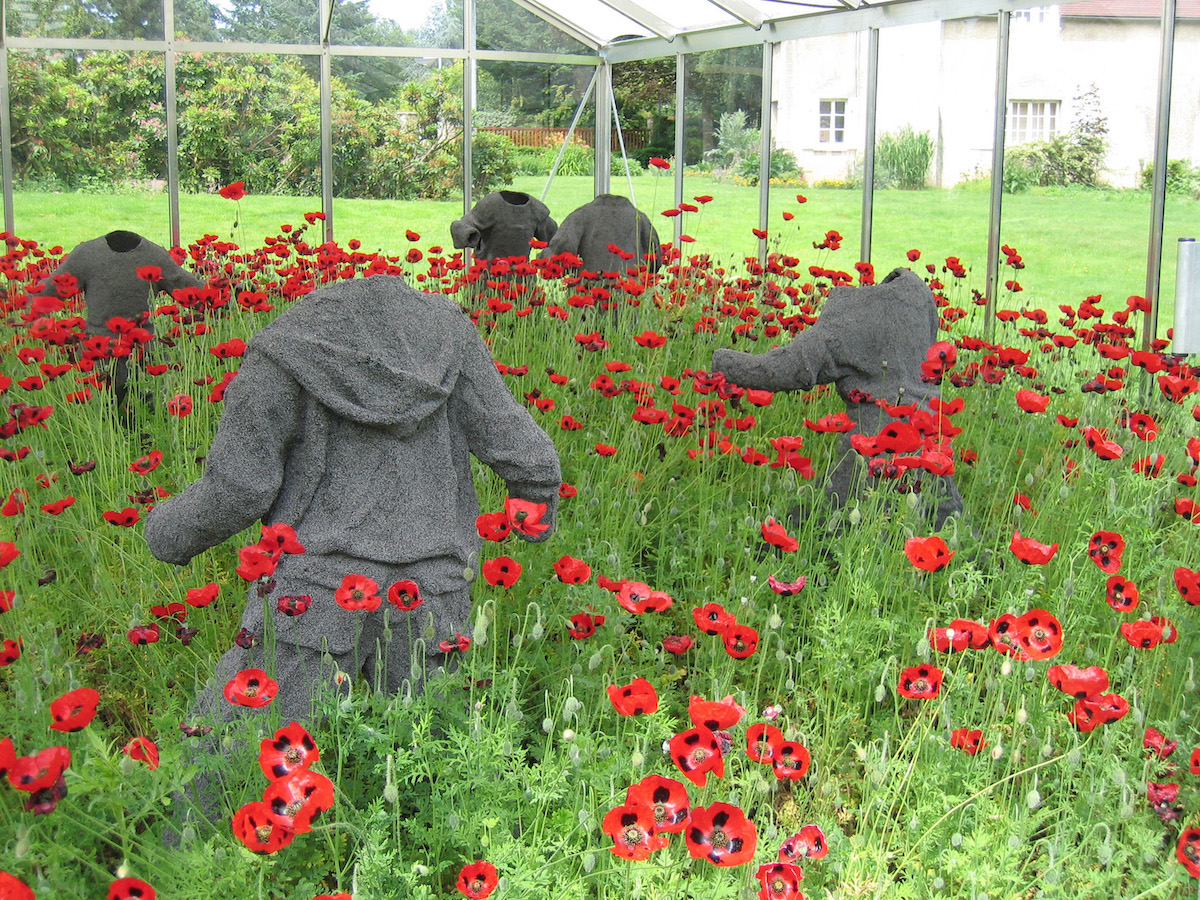 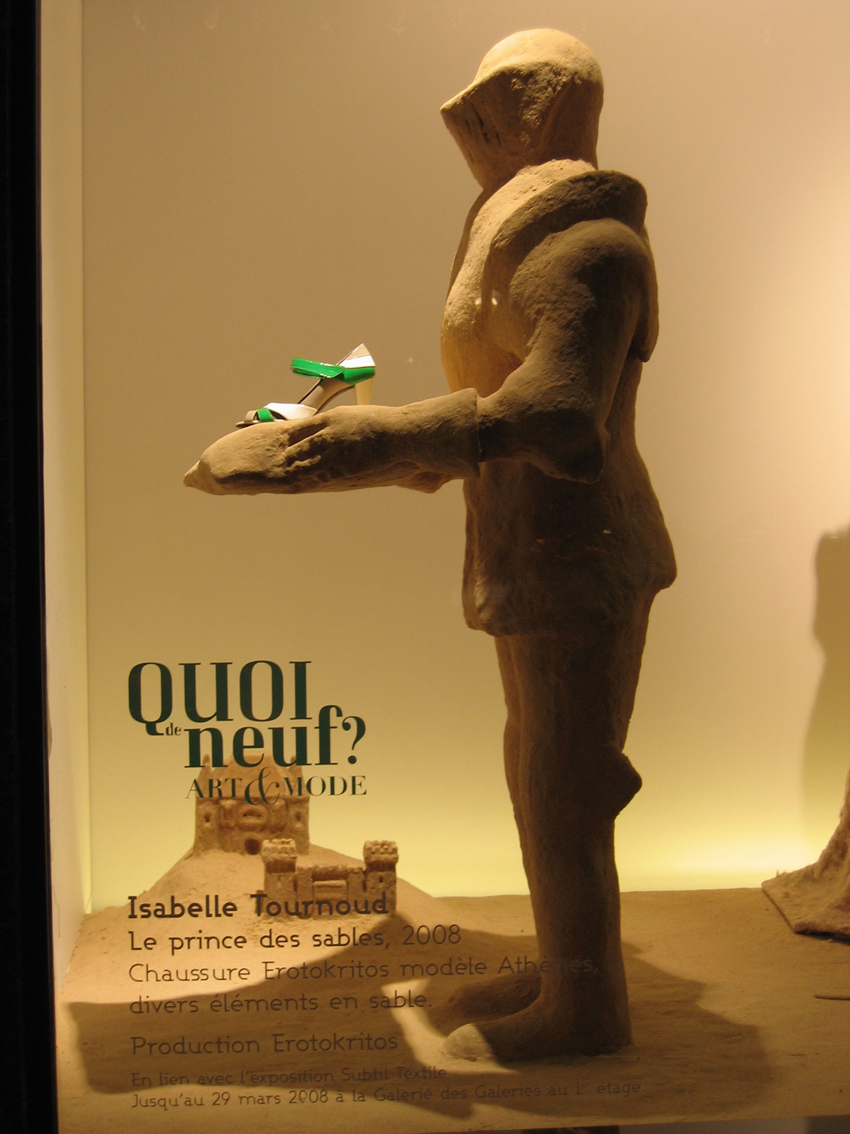 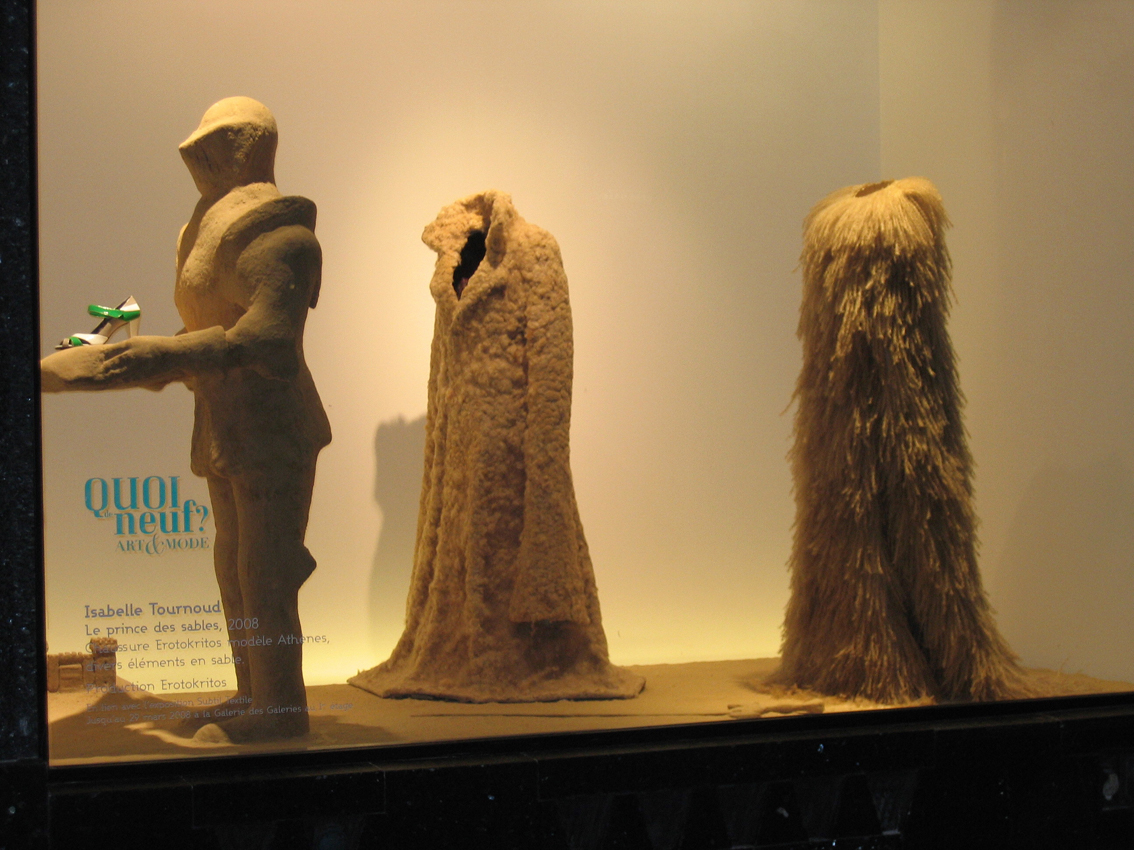