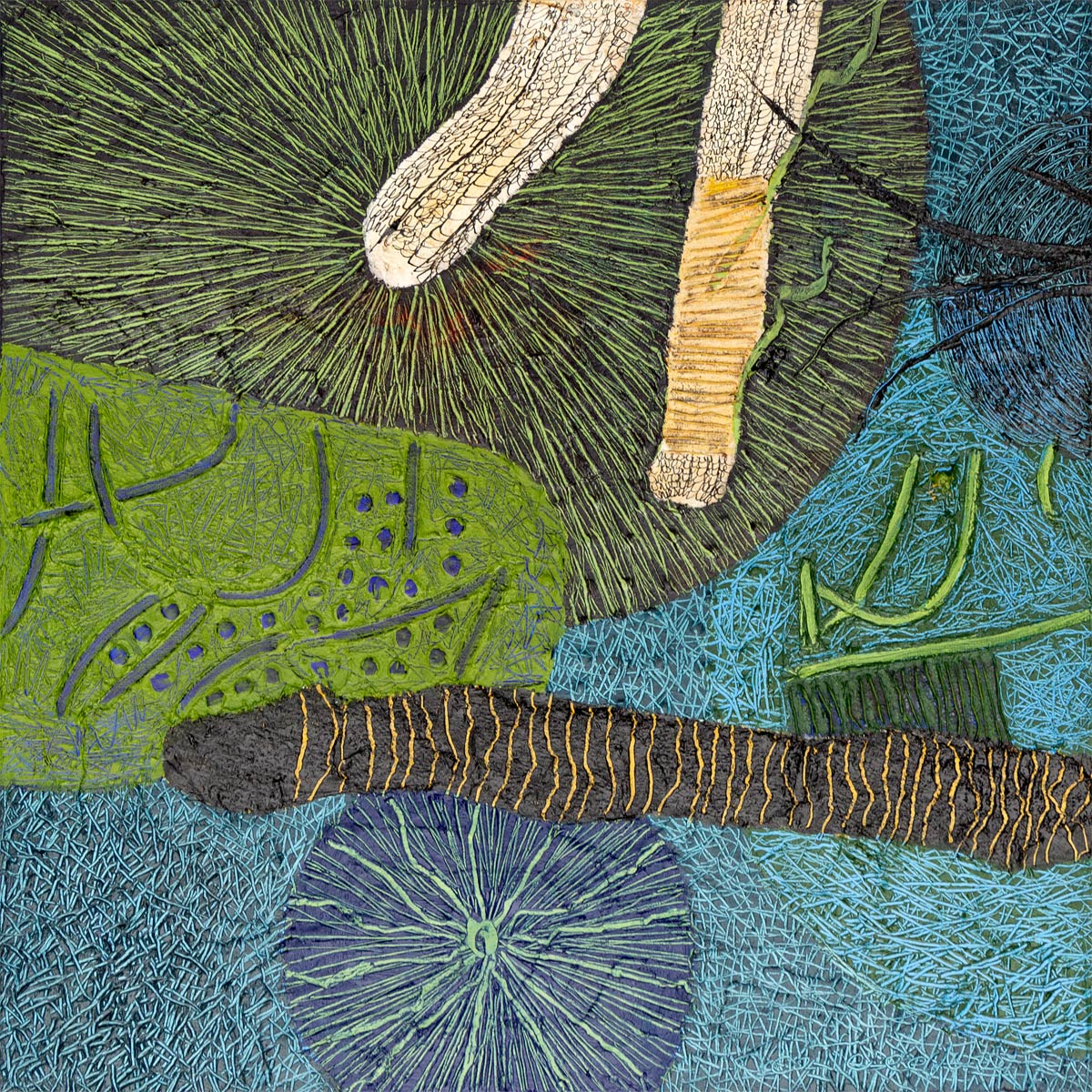 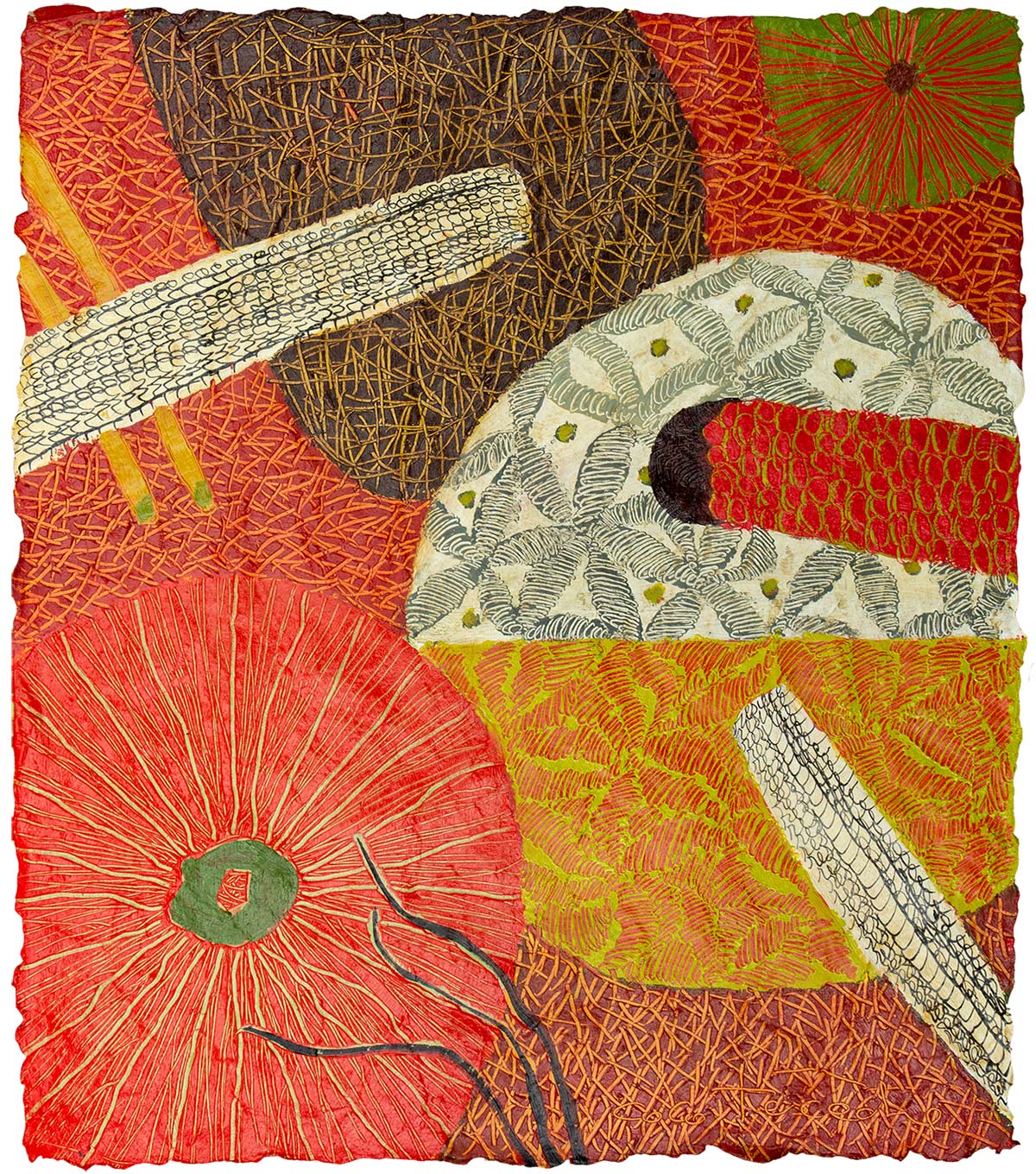 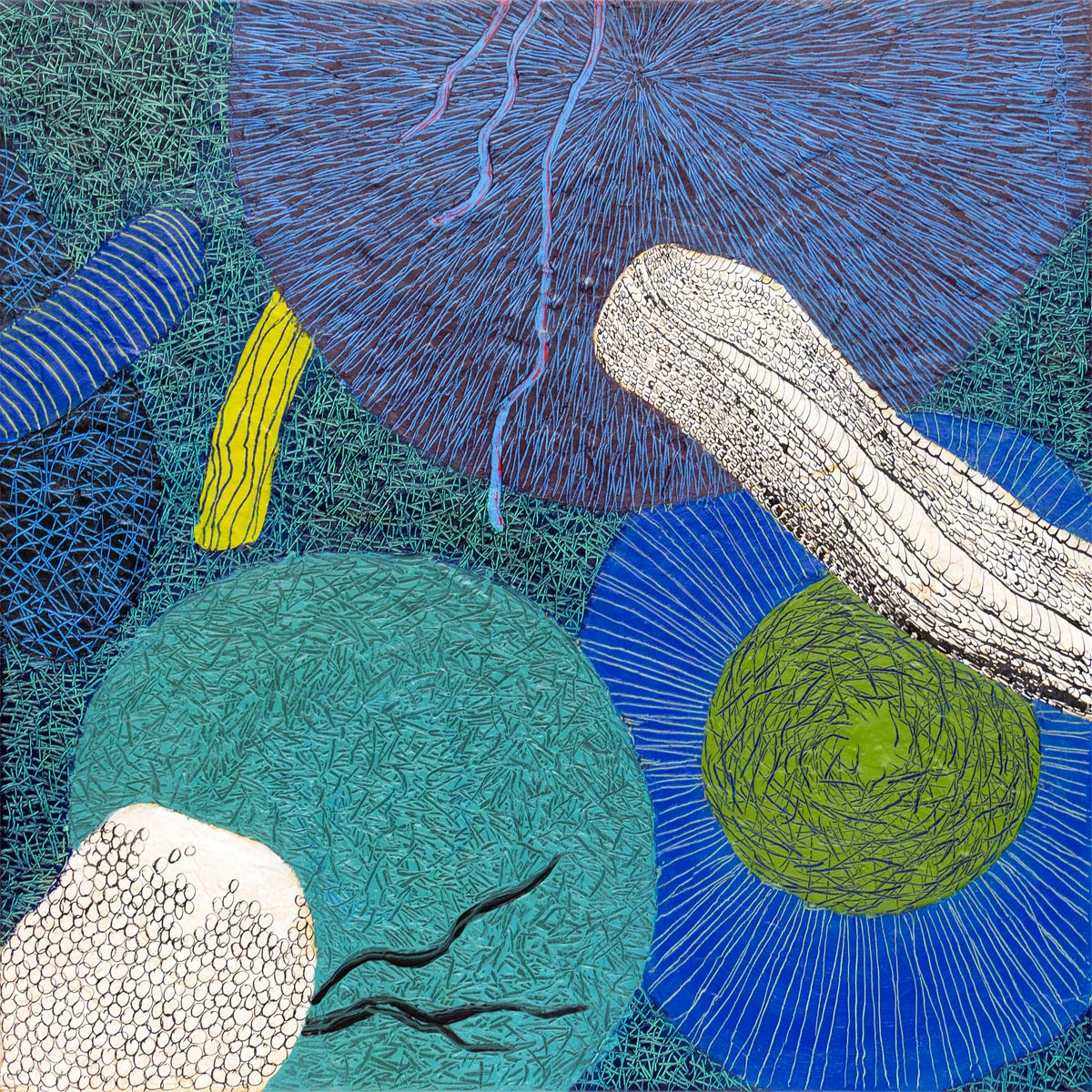 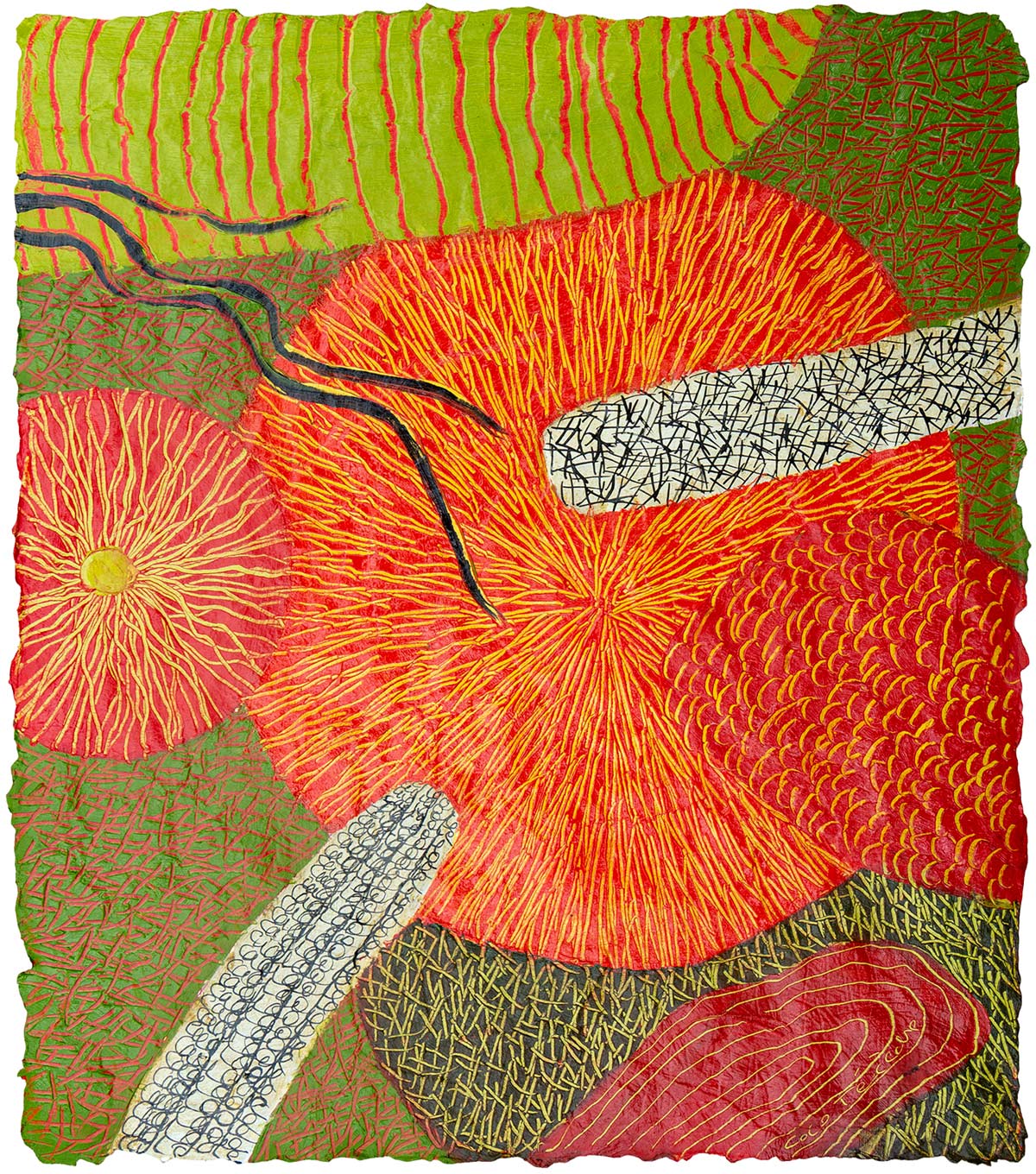 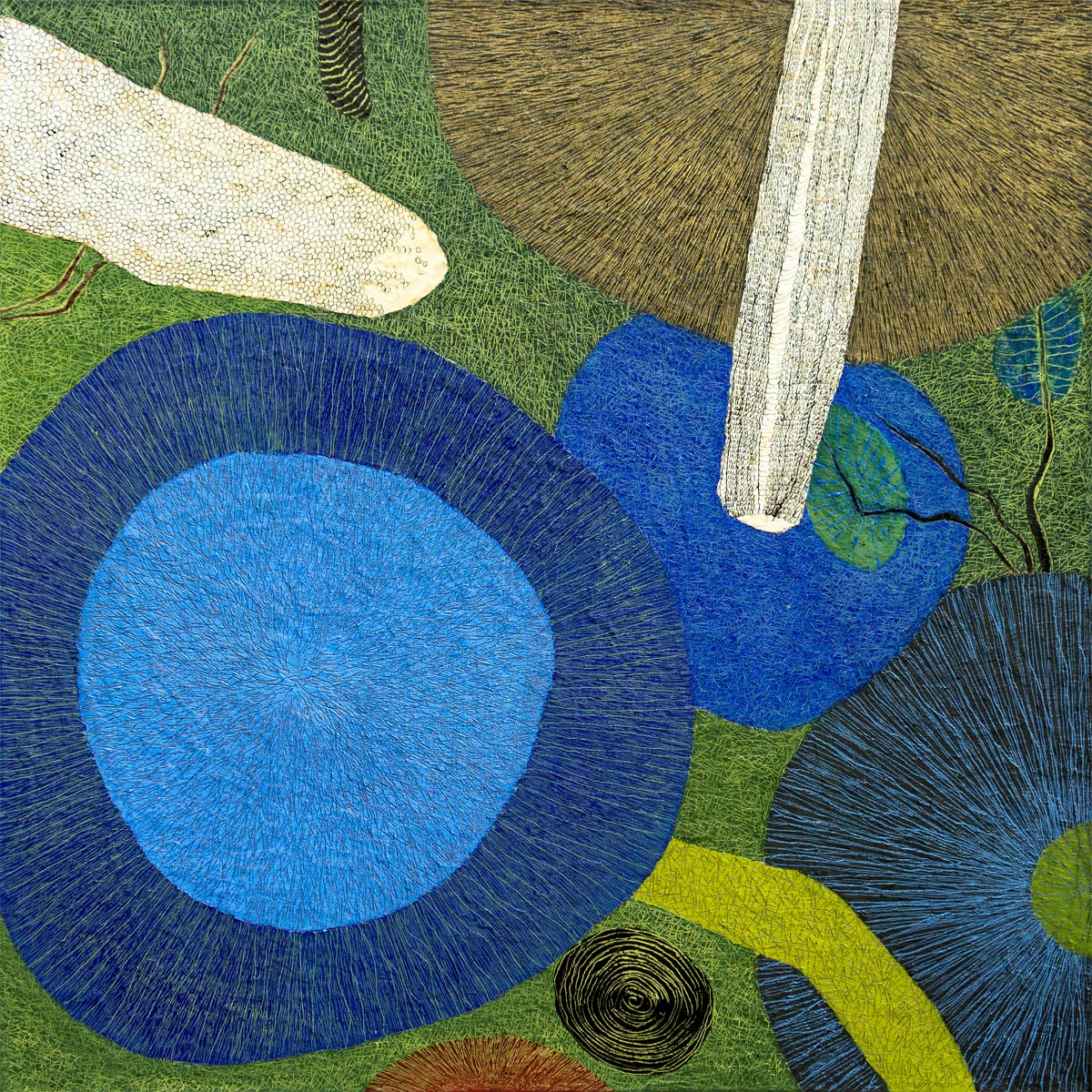 Coco Téxèdre began her career as a model maker in her father’s architectural firm, and then late in life began an intense pictorial activity. Influenced by the Lettrists and the Surrealists, she first became interested in automatic and concealed plastic writing. She unfolds a gigantic diary that she combines in paintings, drawings, books, sculptures, stained glass … A form of psychotherapy that will turn to a more personal and committed investigation where feminism and activism will take a large place. She insists on the future of the planet, the ecological disasters, the warlike atrocities that threaten, the inequality of rights between men and women. Some impressive installations: Panurge’s Sheep, Various Trophies, Ribambelles, Daily Scenes, The Massacre of the Innocents, Sauve qui peut will punctuate this revolted period in this discreet artist but with a strong character. Many times destabilized by ophthalmic migraine attacks that keep her away from the studio, she conjures up her handicap by an introspective exploration of her painful, strident and colorful visions by giving birth to the Aura cycle.

The meeting with the writer Suzanne Aurbach, the friend, the accomplice, the alter ego facilitates the development of new projects where the artist’s book holds a central place. Suzanne is Coco, Coco is Suzanne, there follow many manuscripts with four hands where the poet and the painter put themselves in the same source. The personal history of the writer adds to this complicity the tragic dimension of the Jewish people which will be translated by the large drawings Shoah exposed for the first time in 2009 in the chapel Sainte Anne in Tours.

But the woman, her femininity, her intimacy… and her pots and pans always remain underlying. The appendices are like a heavy bundle that one drags with one whatever happens. And if the good fairy didn’t bend over the cradle, you’ll have to deal with the bad one. The humorous dimension is however not absent in the work, and if one laughs sometimes yellow in front of the denunciations of the human negligence, one also laughs in all the range of the spectrum and… with full throat in front of the pilosities and the obsessions culottes and sensual of the artist.

With Daniel Leuwers begins another adventure, that of the Livres pauvres (Poor books) where the rhyme to nothing sometimes disputes with the most lyrical alexandrine. Coco Téxèdre serves her graphic verses to the seasoned poets of Ronsard’s priory of (p)roses: Daniel Leuwers, Henri Meschonnic, Michel Butor, Gilbert Lascault, Pierre Schroven, Dominique Sampiero, Suzanne Aurbach, Nicole Drano Stamberg, Linda Maria Baros and many others… Each encounter, each sharing opens up different creative universes in an ever-renewed pleasure. To date, the artist has produced more than forty poor books.
Text by Georges Salomé 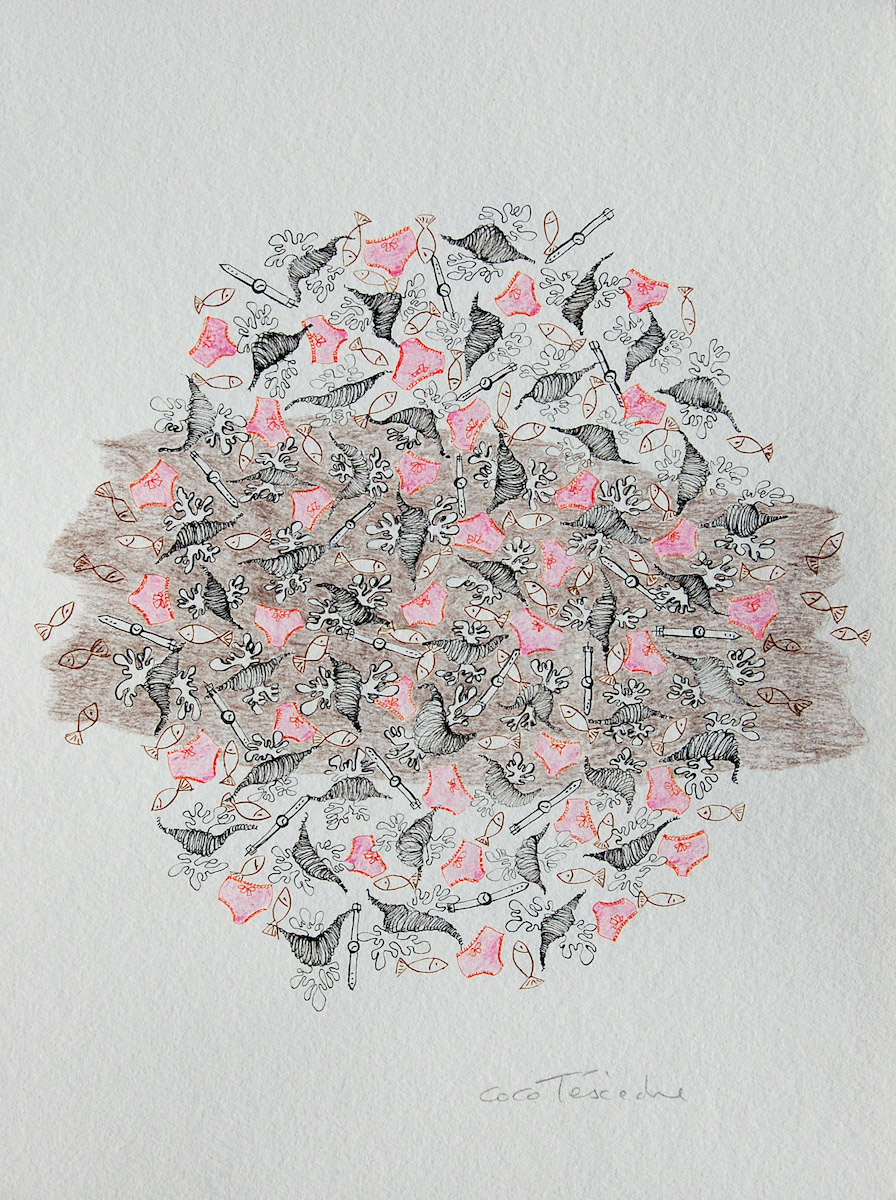 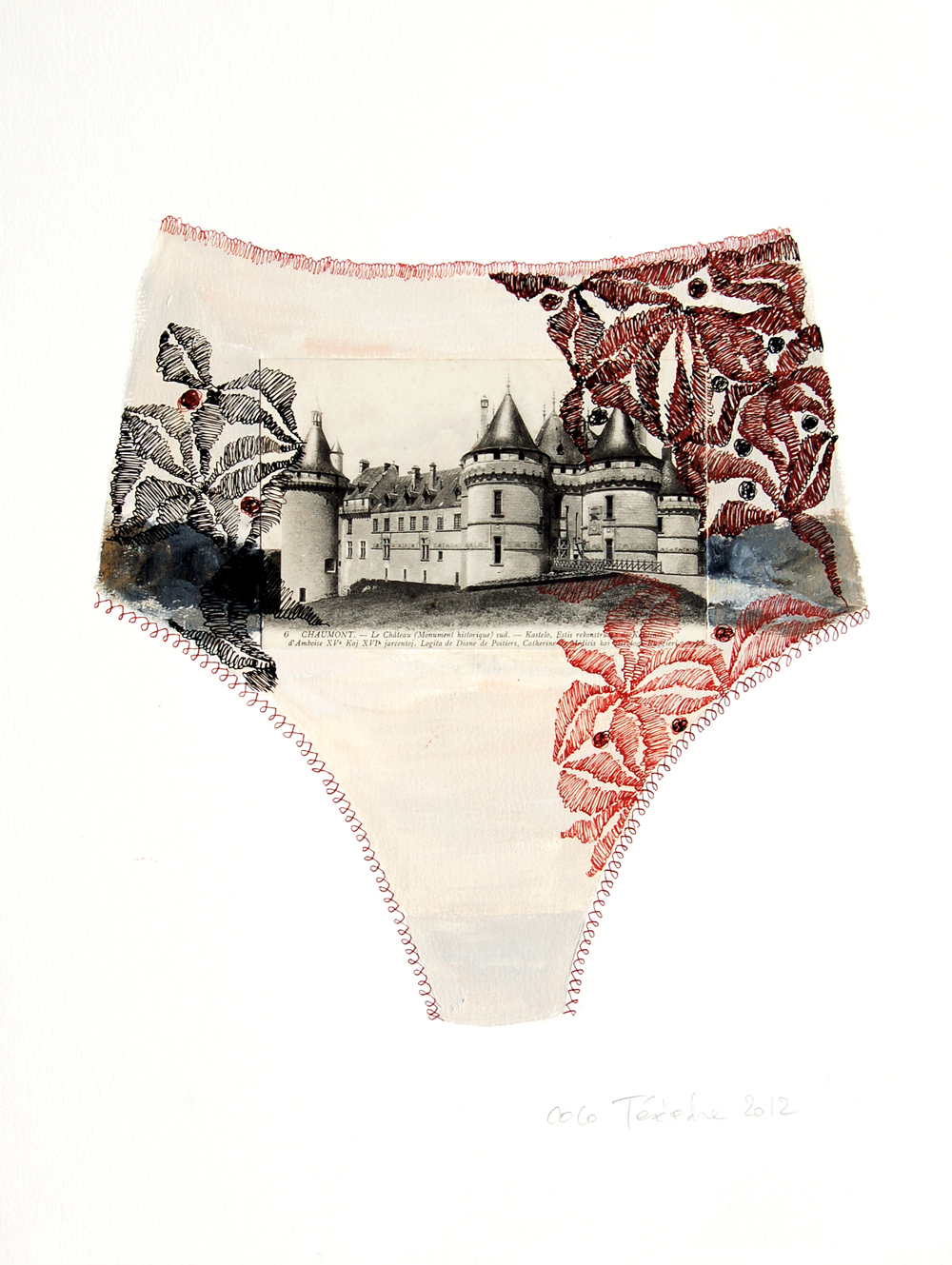 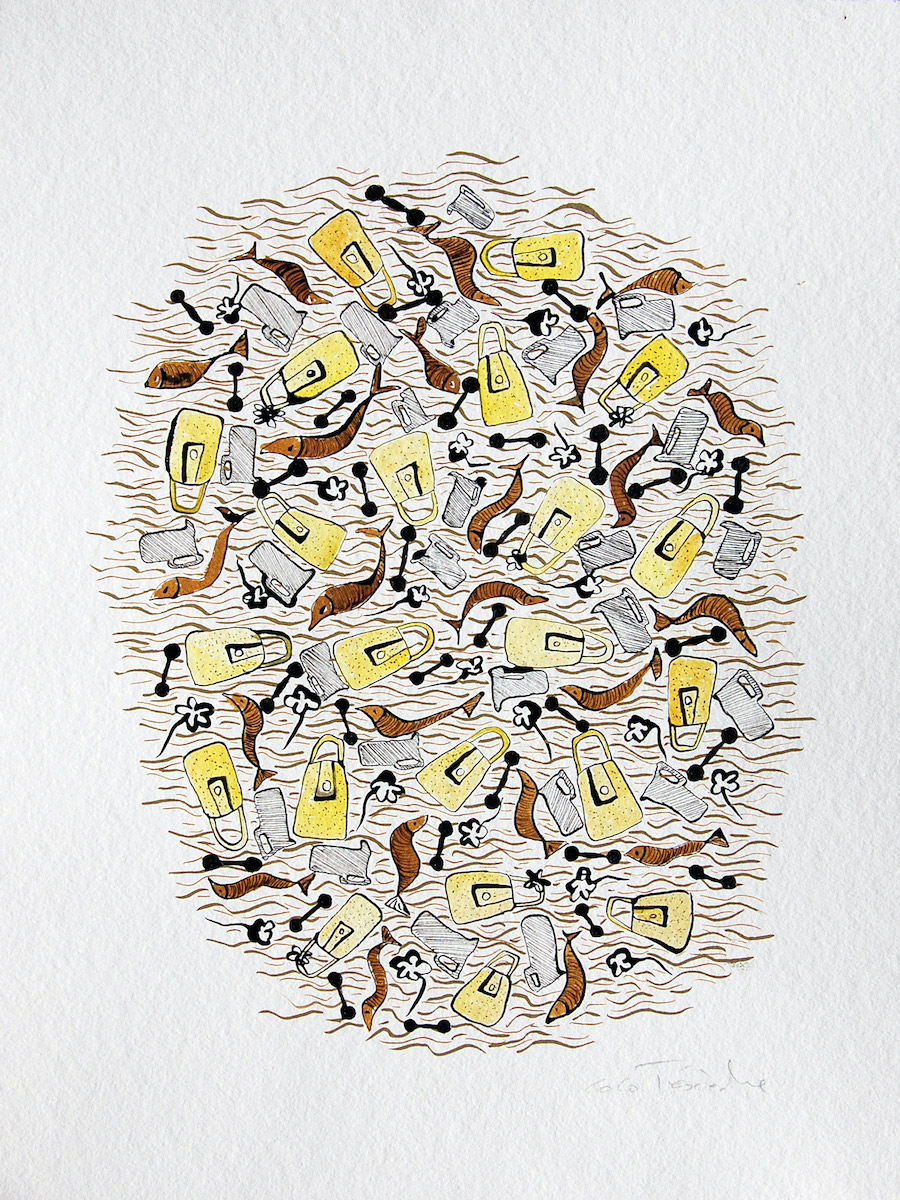 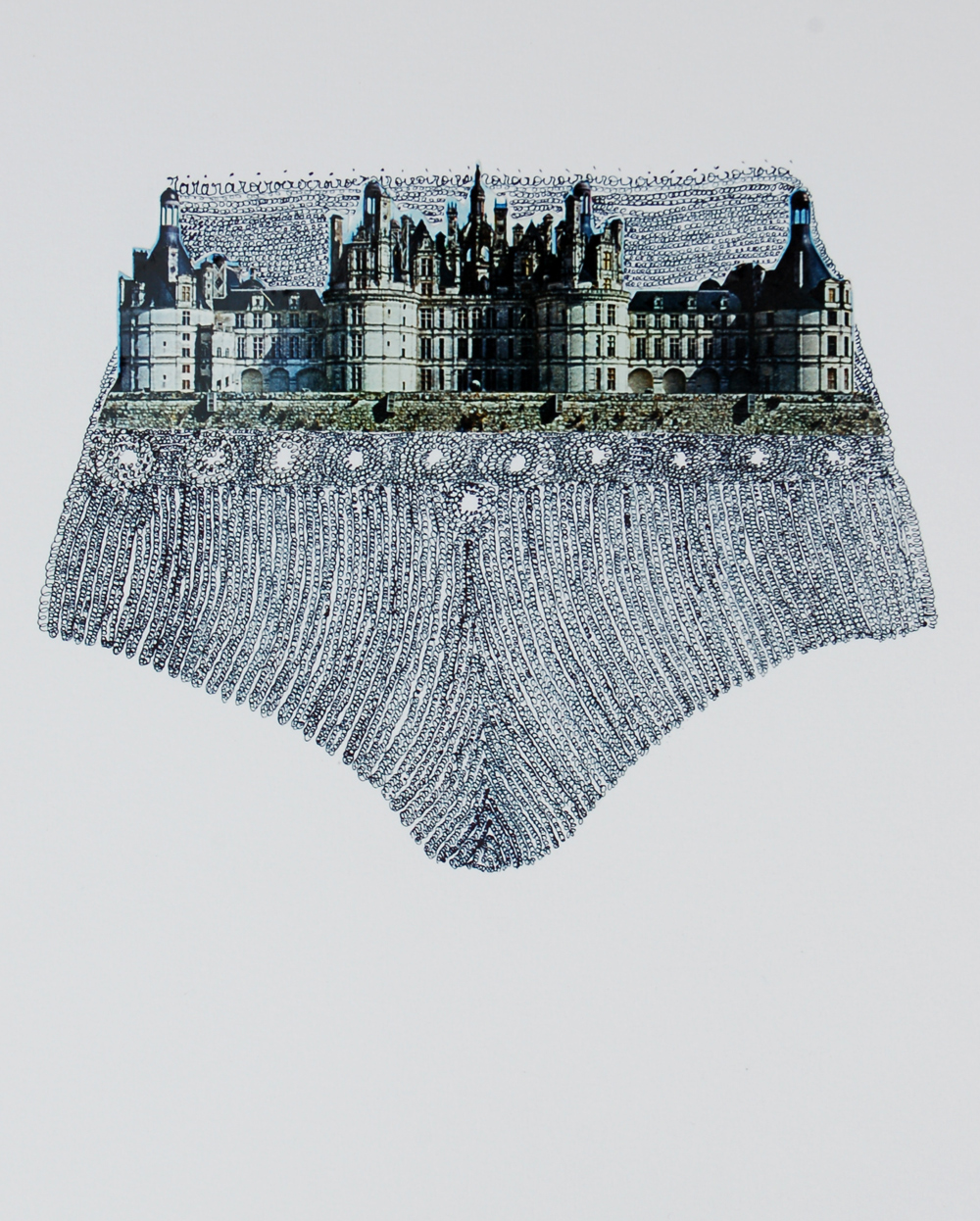 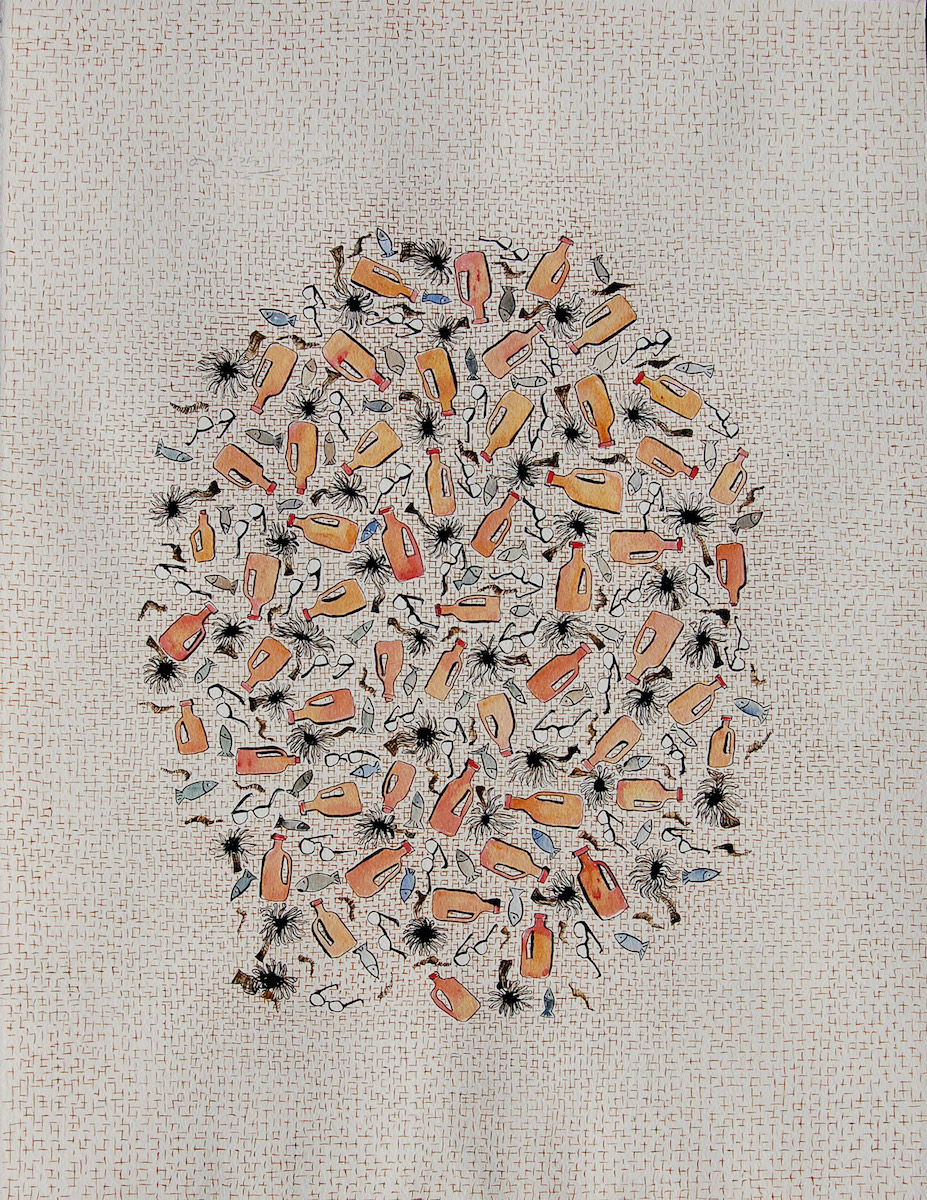 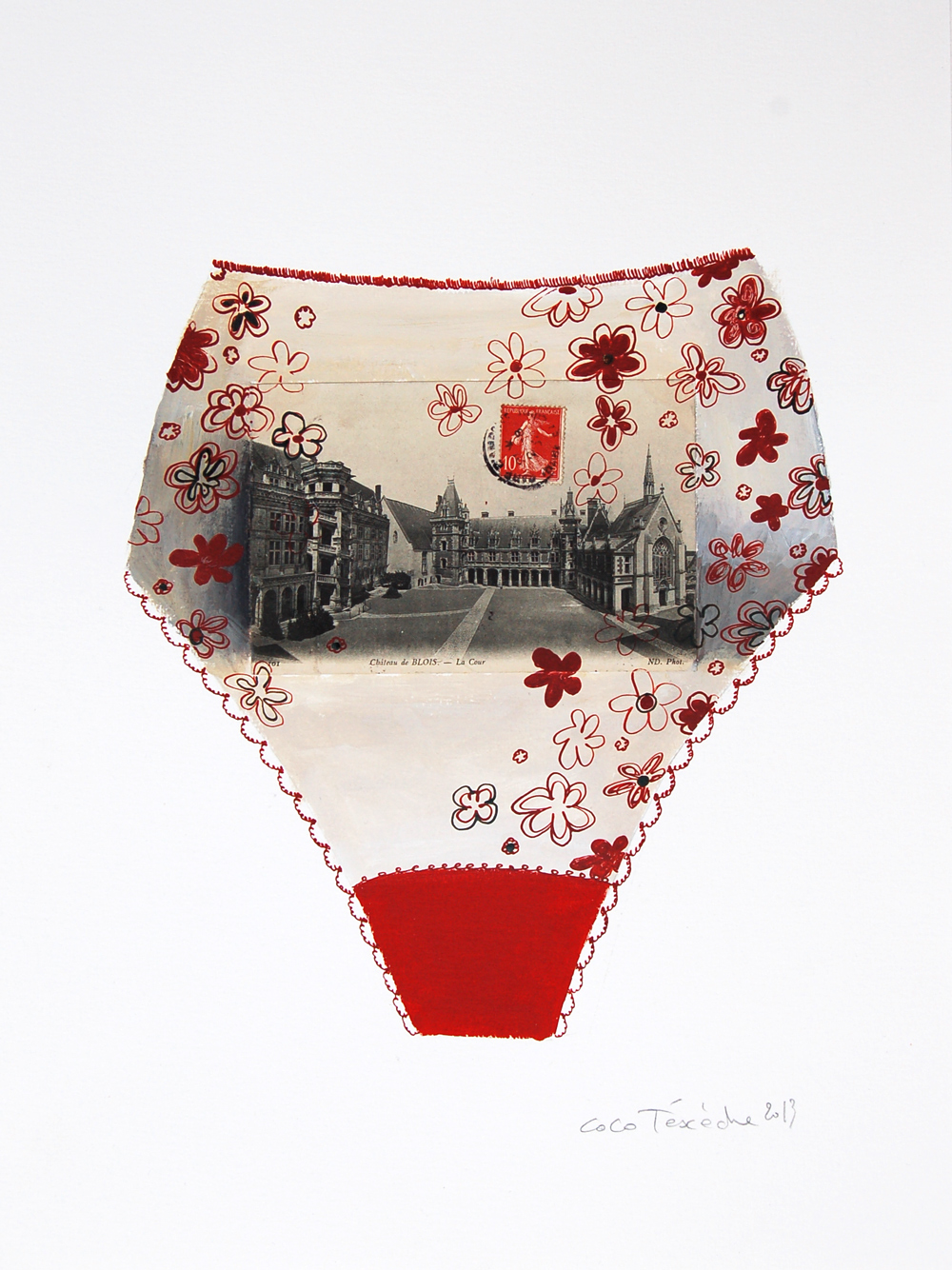 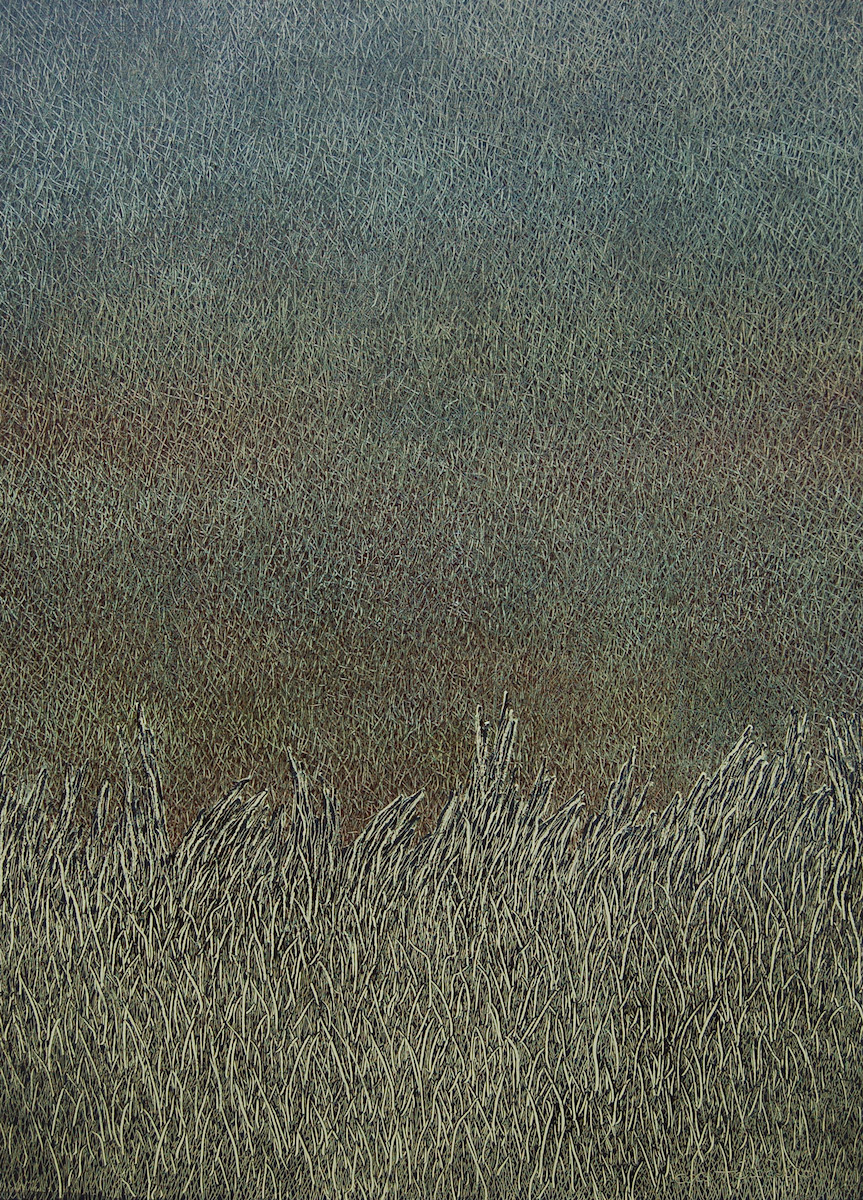 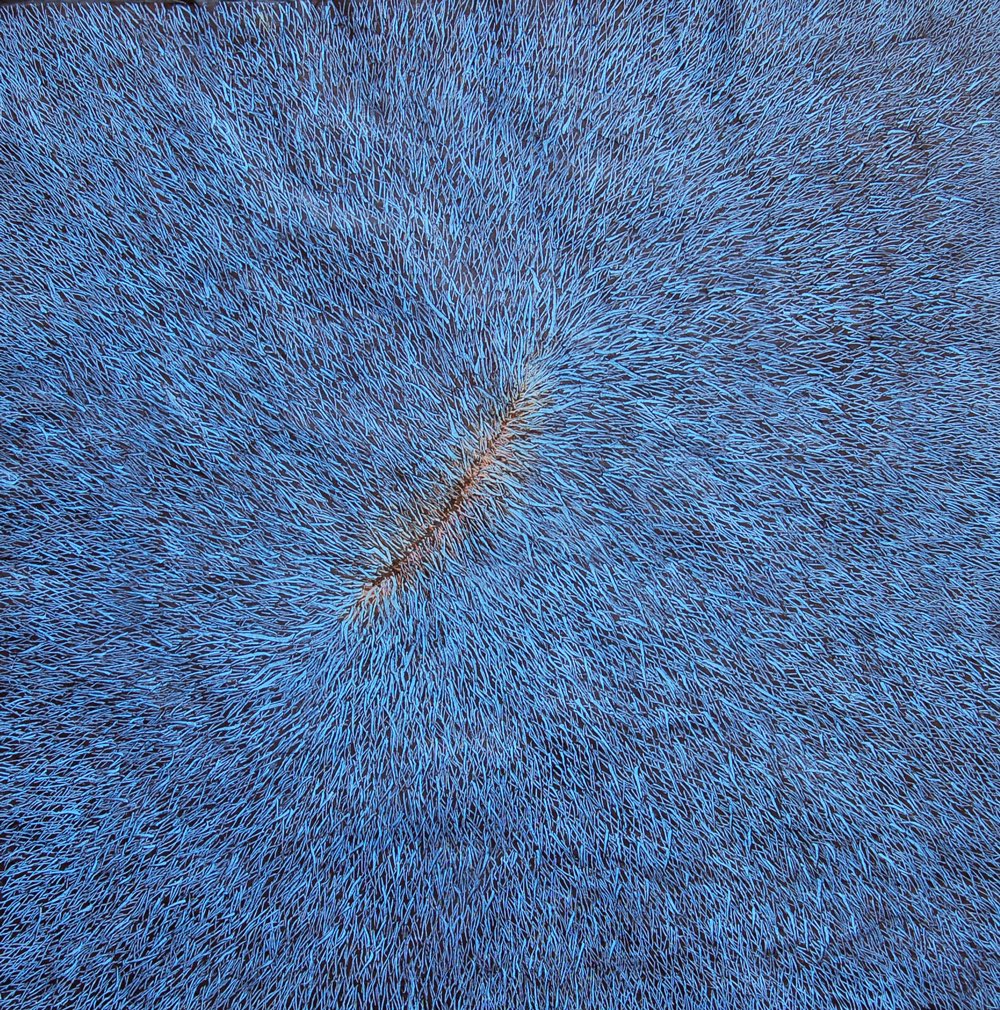 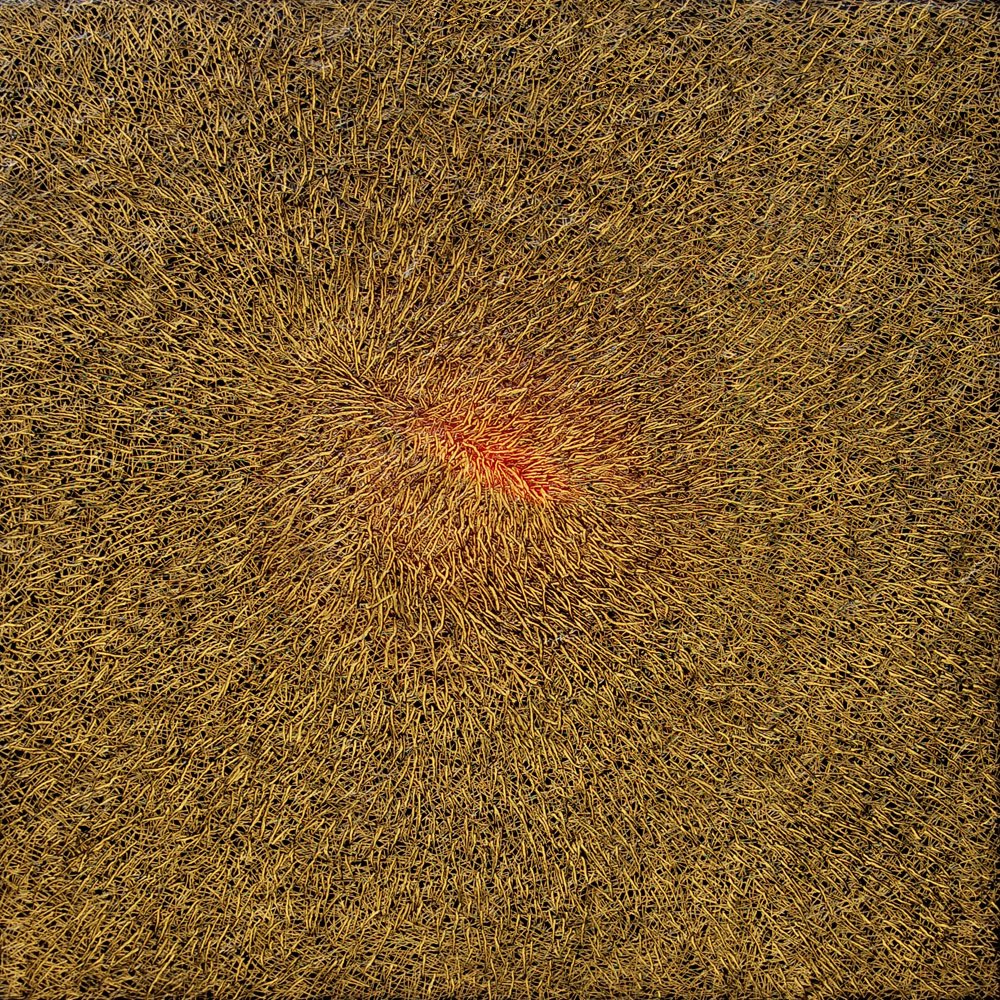 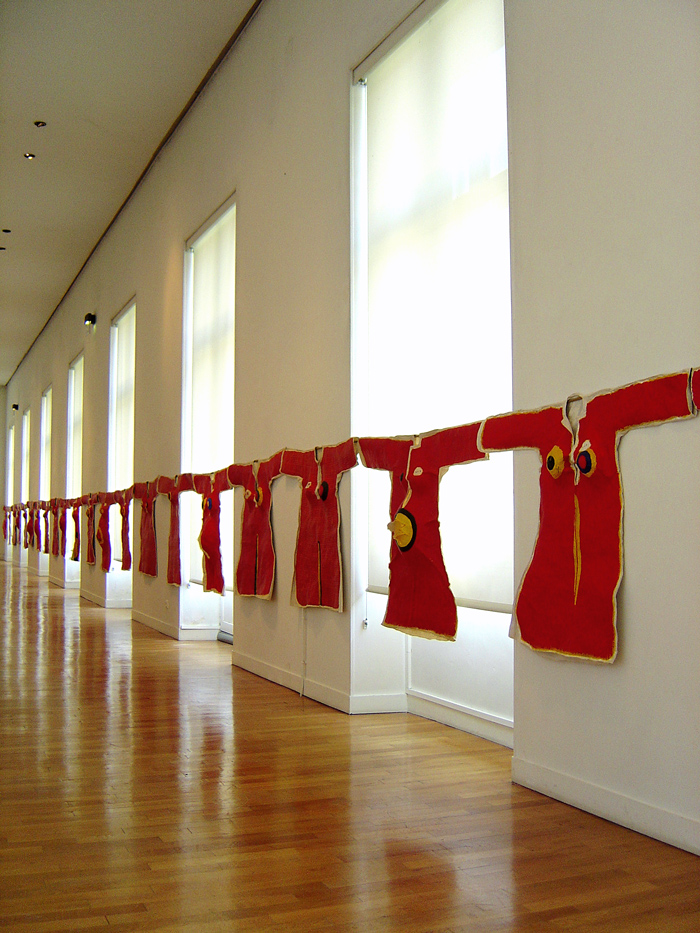