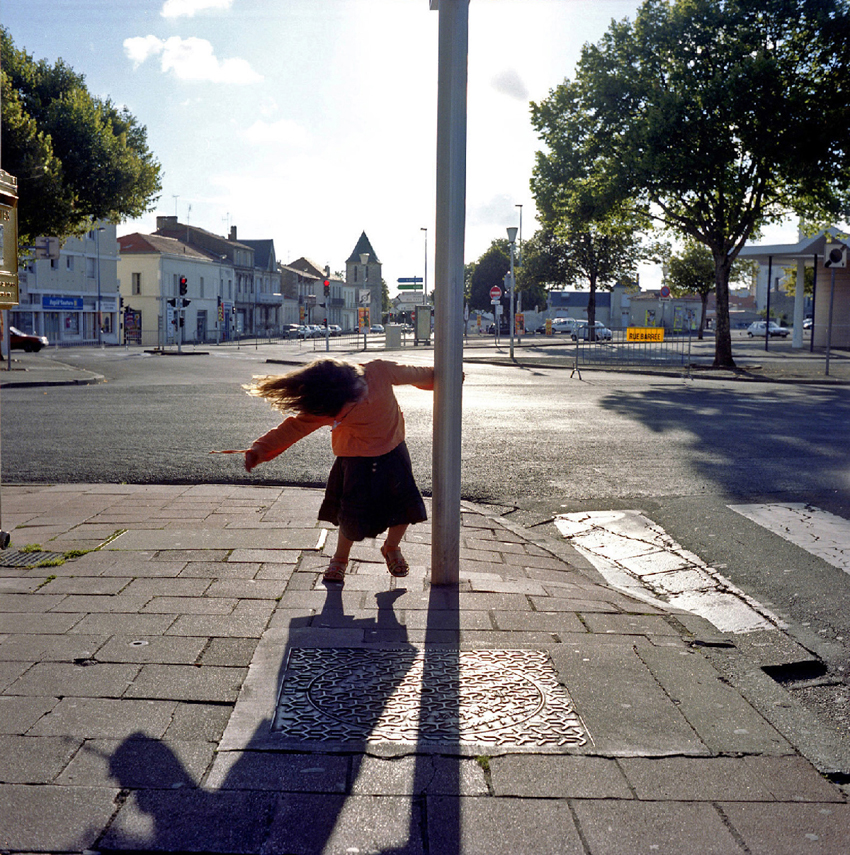 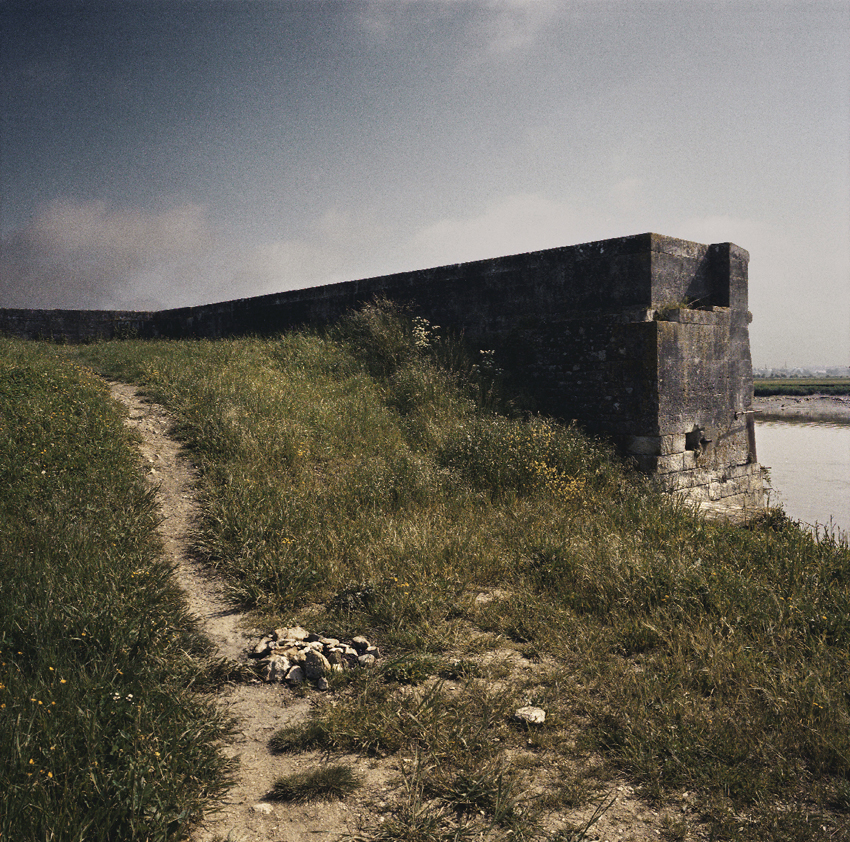 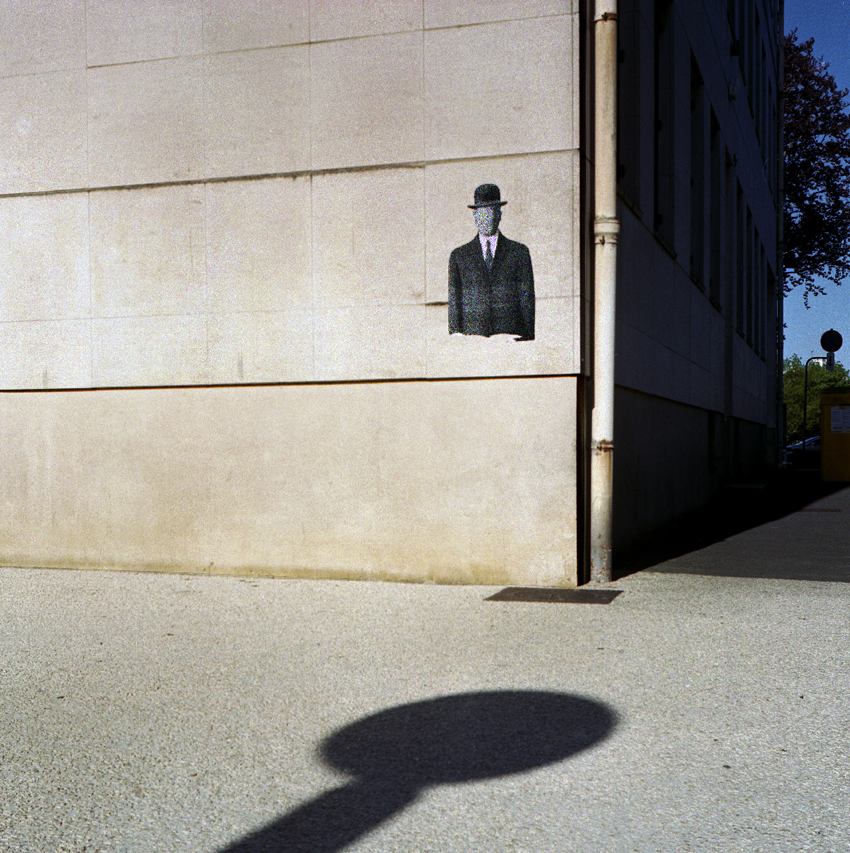 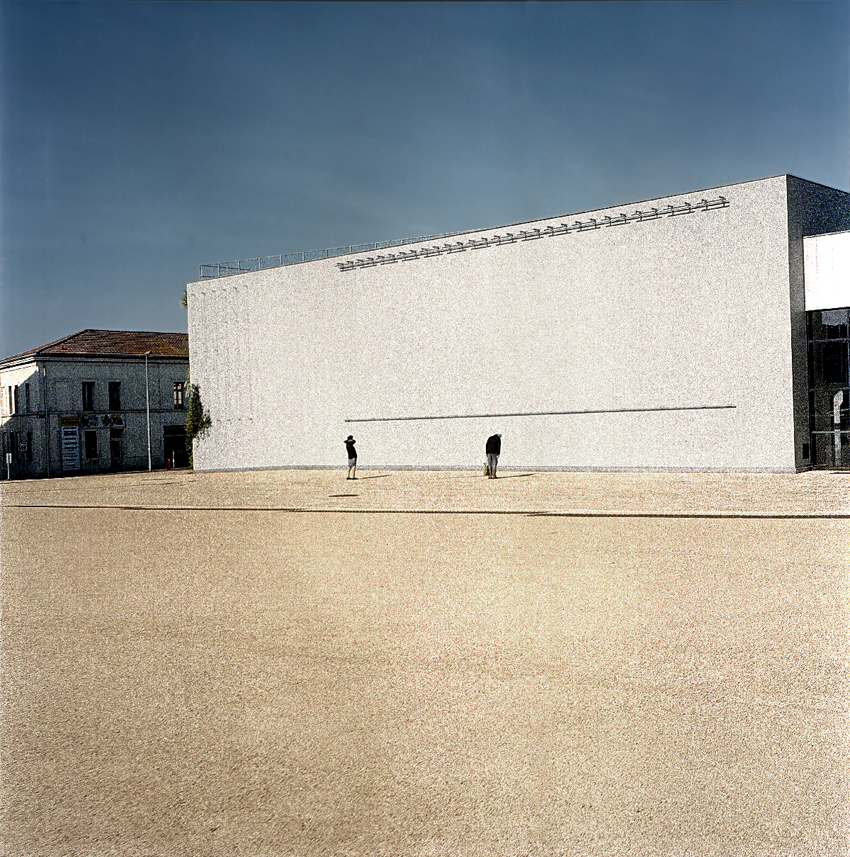 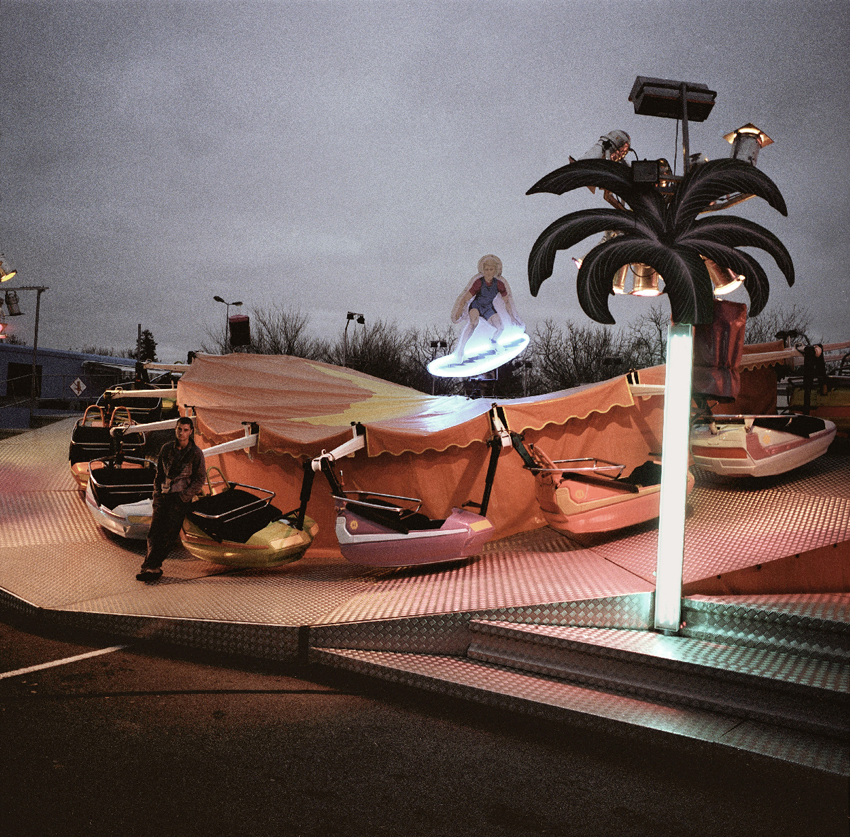 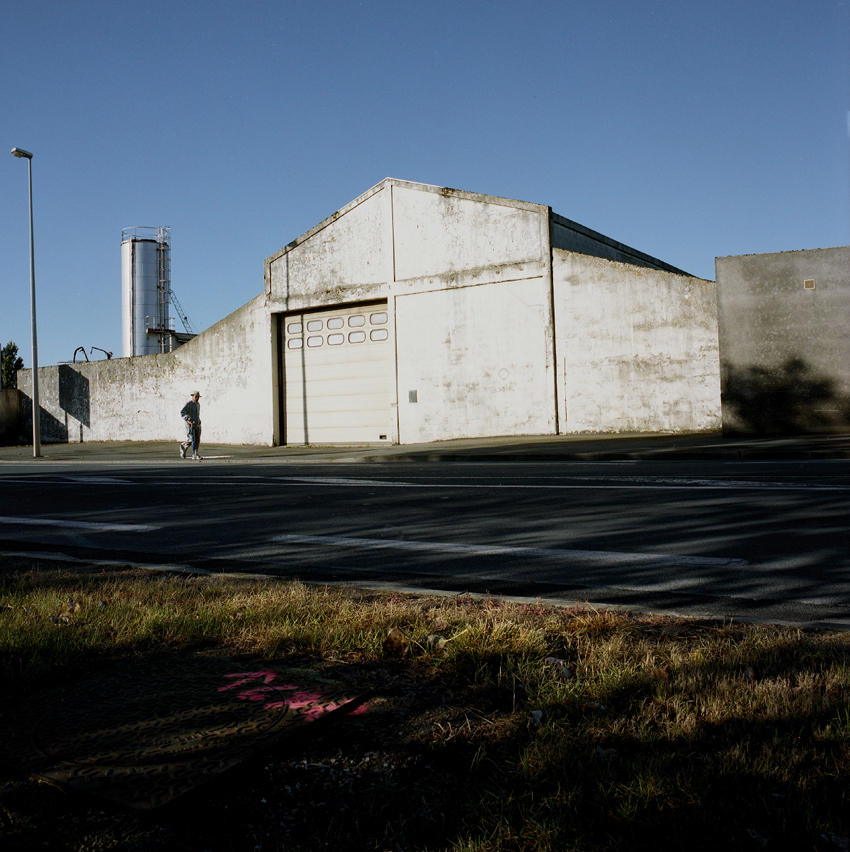 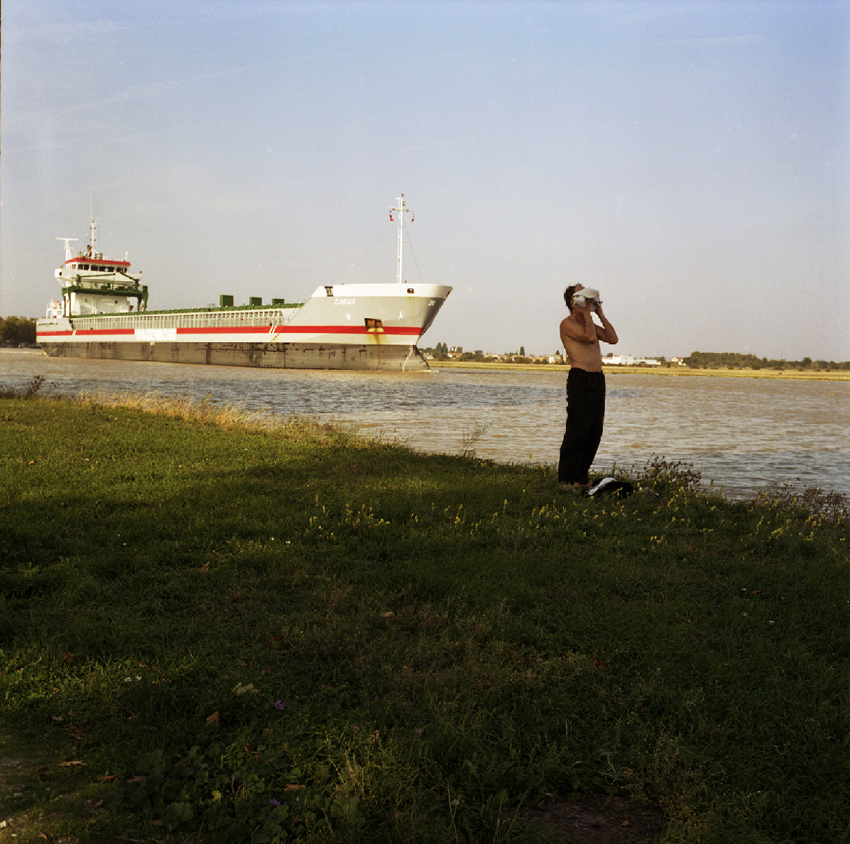 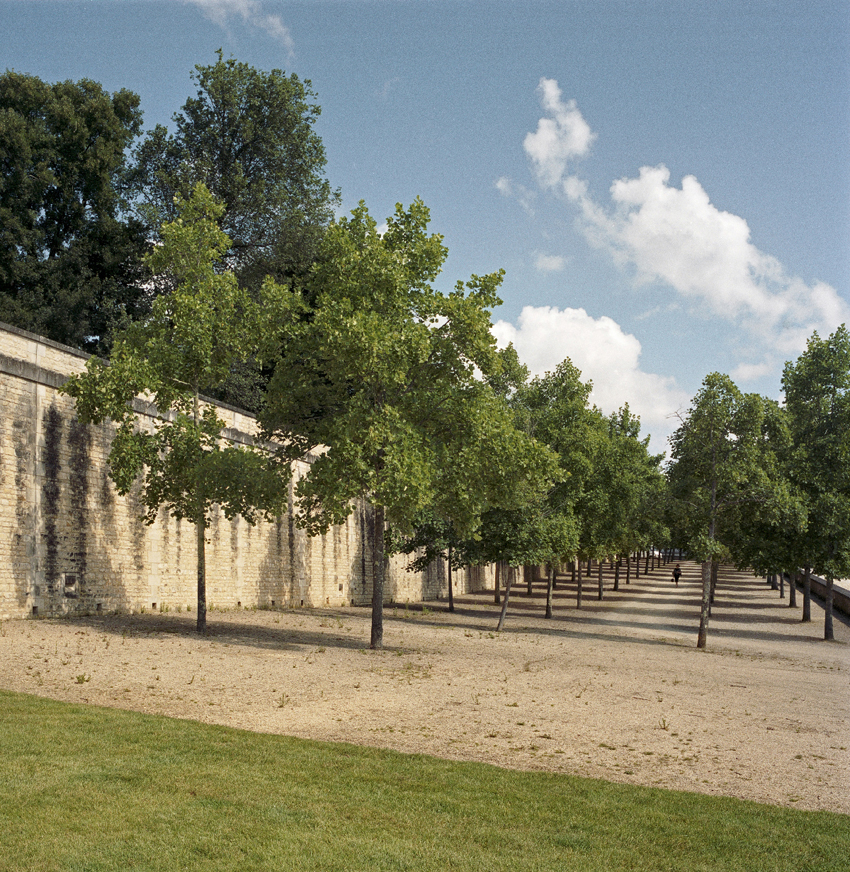 Public order
Digital print on Hahnemühle fine art paper, supervised by the photographer
20 copies in all formats, numbered and signed on the back in pencil 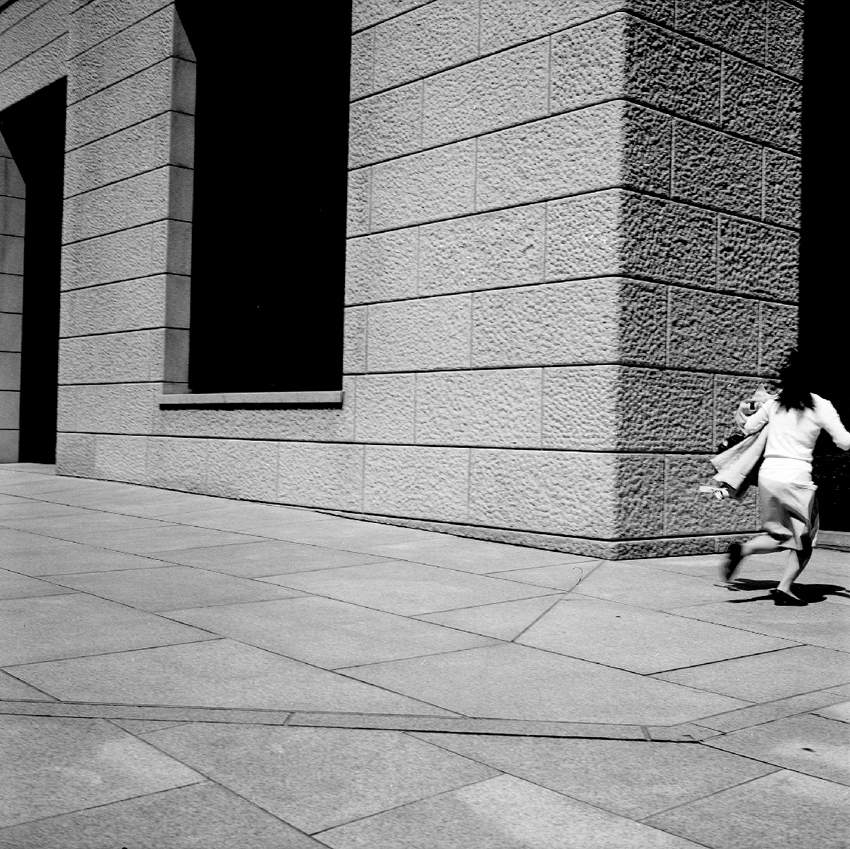 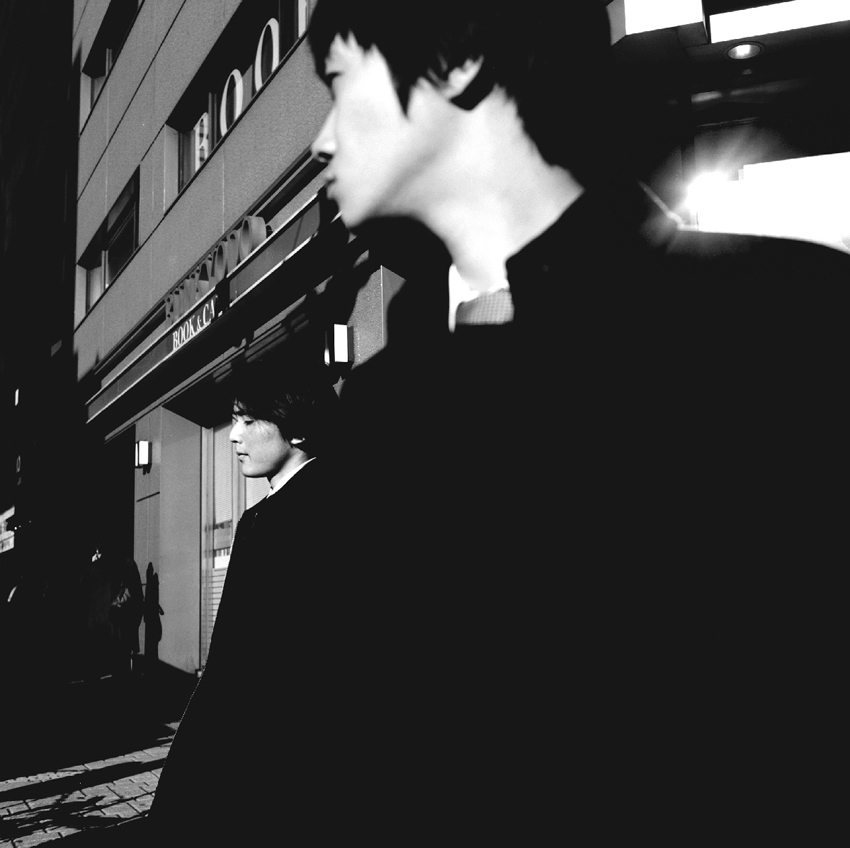 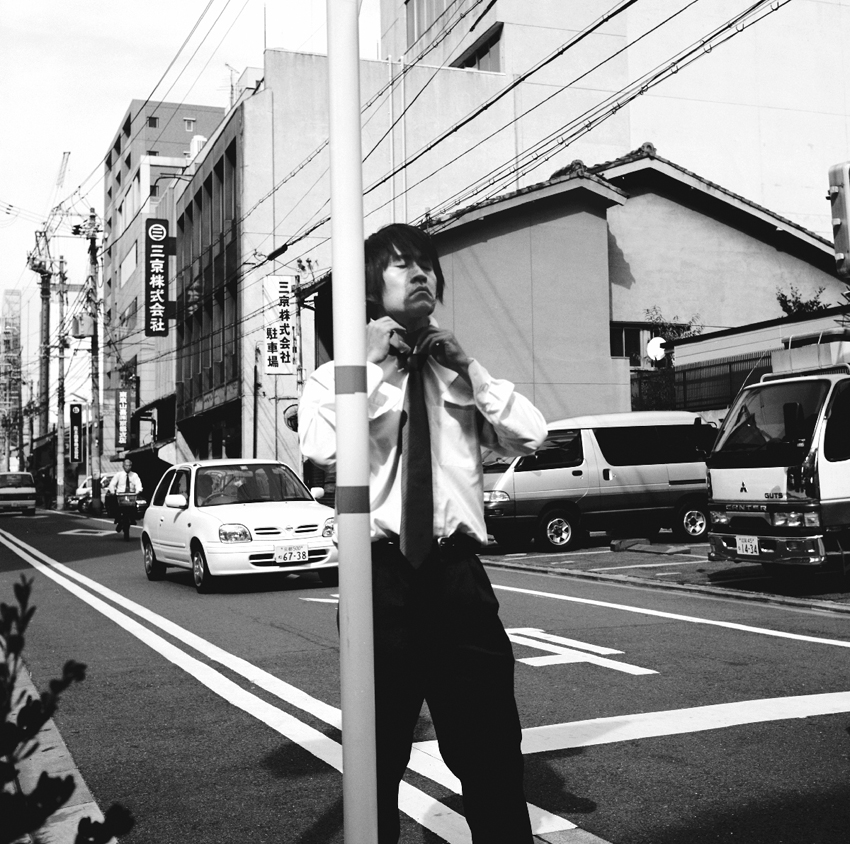 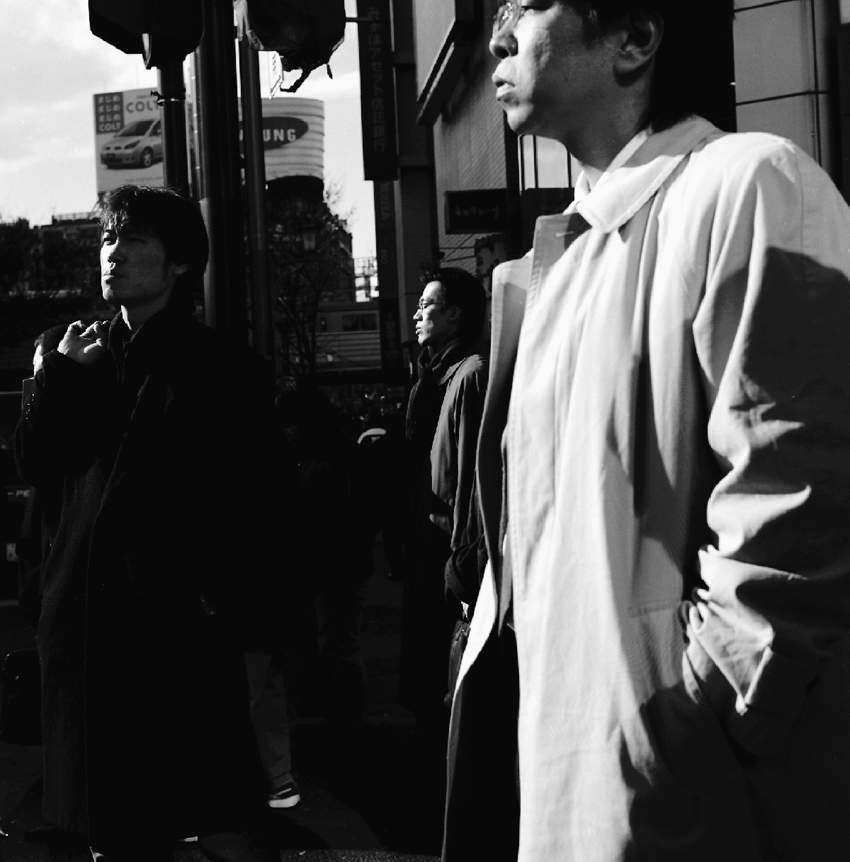 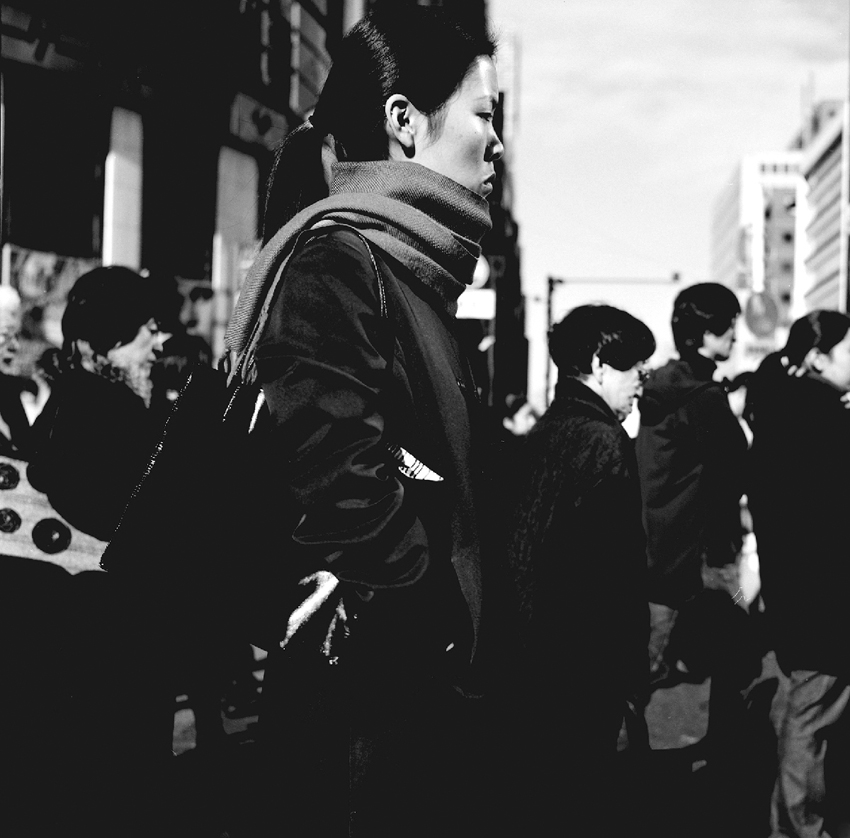 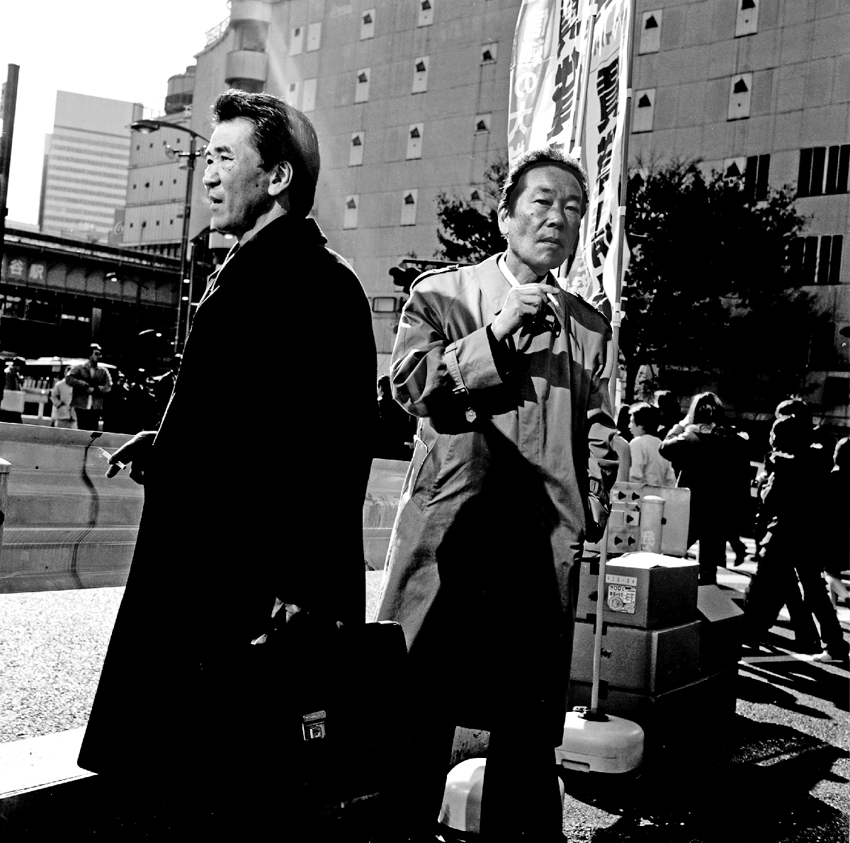 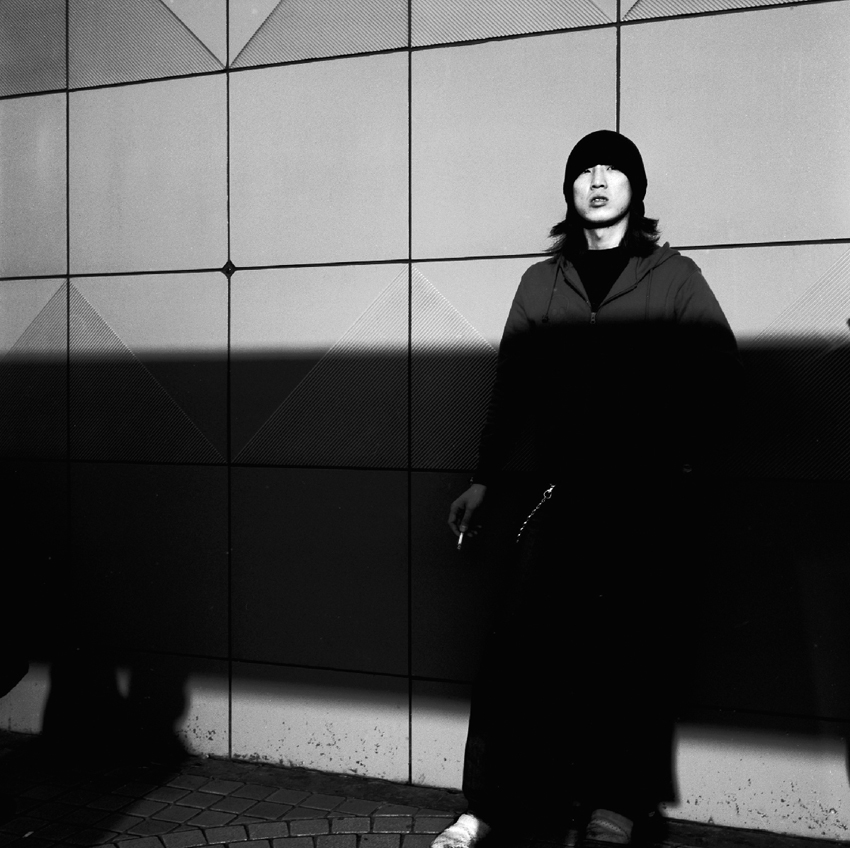 Silver print on Ilford baryta paper, supervised by the photographer
20 copies in all formats, numbered and signed on the back in pencil

To follow Jean Pierre Favreau in the streets of Tokyo or any other large Japanese city is to follow in the footsteps of a man who has himself followed strangers. They have only one thing in common: they are silent beings with a fixed and lost look who seem to be absent, withdrawn from the urban effervescence,
The streets of large cities are made for passing through: the flow of pedestrians and vehicles is relentless. To stop for a moment without any external necessity seems like an anomaly, especially in a country where social behaviors are so codified and respected.
Jean Pierre Favreau wanders like a sleepwalker, looking for a new random appointment with these blocks of solitude that drift, like icebergs among the flow of passers-by. He waits to be surprised, once again, by an expression, a gesture, an attitude.
Perhaps his fascination comes from the experience of absence from the world that struck him as a child, when his father or mother withdrew into themselves for a few moments, without explanation; as if, having left for unknown and inaccessible regions of the mind, they risked never returning.
It is to find these lost glances that he travels and photographs. Since his first stay in New York in 1982, he has been travelling through the cities of Europe and Asia, meeting these individuals in a state of abandonment, without trying to break into their inner, foreign and inaccessible world. He photographs them without their knowledge: how else can one do so if one does not want to break the fragile isolation, the temporary and temporal bubble in which they have enclosed themselves, like the characters in Edward Hopper’s paintings. Paradoxically, it is at the moment when they return to themselves that they seem to us the closest and even the most familiar, whatever their cultural distance.
Let there be no mistake: Jean Pierre Favreau’s images are not dreamy. They are initially animated by a dull but violent tension: the extreme precision of the framing “with a razor”, the rigor of the composition, the geometry of the urban decor, all that underlined by the use of the black and white, opposes to the fugitive the constraining force of the real. Here we are confronted with the implacable call to order to which the city – the world – reminds everyone if he or she indulges, even for a few seconds, in these attempts to escape. 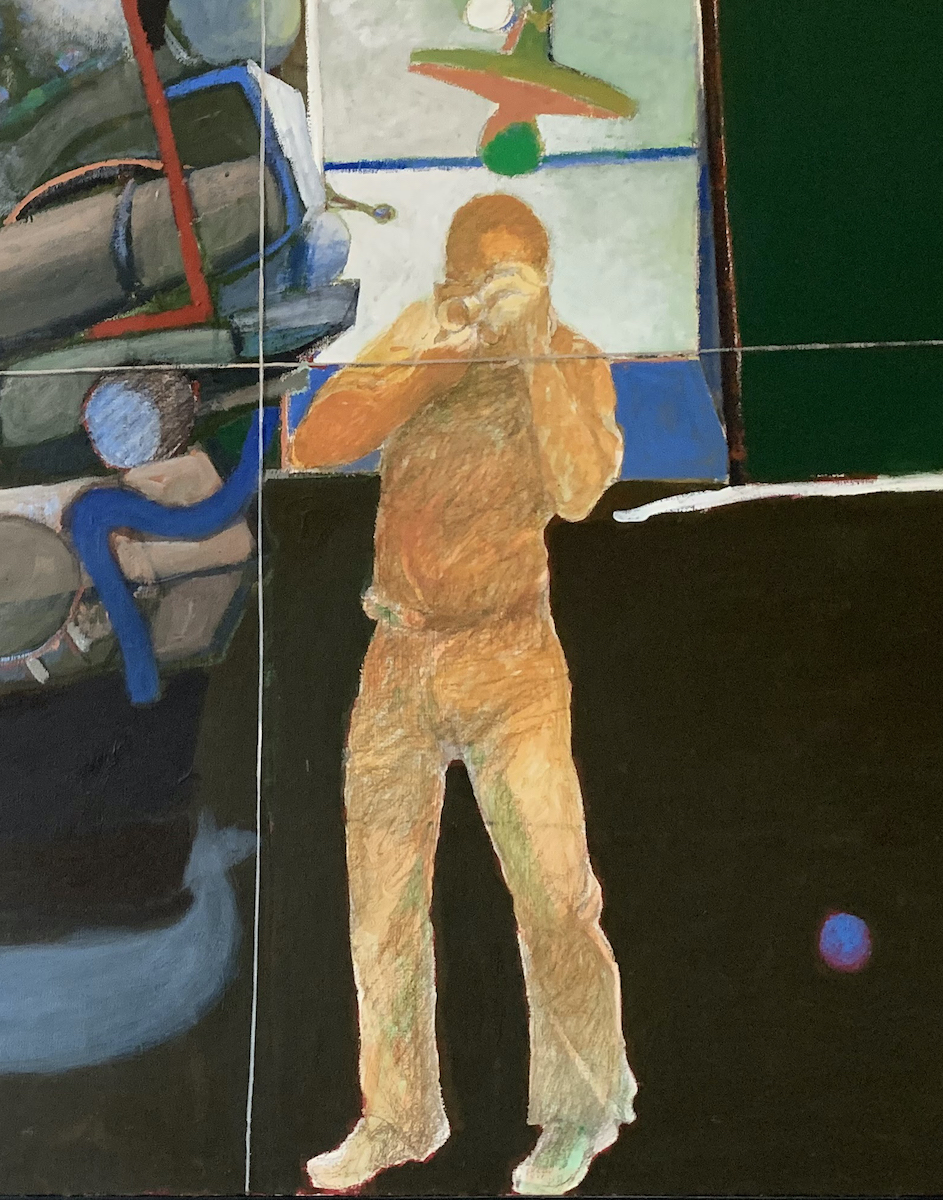 Jean Pierre Favreau joined the Viva agency team in Paris in the early 1970s. At the same time as working as a photo reporter for the press, he travelled the world: the United States, Latin America, South East Asia. These travels marked the beginning of a creative process that he began in earnest in the early 1980s.
He then chose to focus on the man in the city and his inner questioning, surprised in his moments of wandering when he escaped the urban world.
Part of his work will be collected much later in a book Incertaines Cités published by Filigranes in 1998.

In 1982 he received a grant from the French Ministry of Culture to work on New York.
In the meantime, from 1985 to 1991, he stayed regularly in Cape Verde. A book entitled Blues Outremer was published by Contrejour in 1992 and his photos were exhibited in the newspaper Le Monde, at the Contrejour gallery and at the Universal Exhibition in Seville.

A regular contributor to the newspaper Le Monde, he produced several special issues, including one on France, which was the subject of an exhibition in 1992.

As a freelance photographer, he was entrusted with various missions by the Ministry of Culture on the Plastic Arts in France, which led to a publication by Autrement in 1986, and by the Ministry of Agriculture, which led him to Great Britain for Rural Europe and to France for the Sustainable Development Plan.

2006-2008, he receives a Public Commission from the city of Rochefort sur Mer. 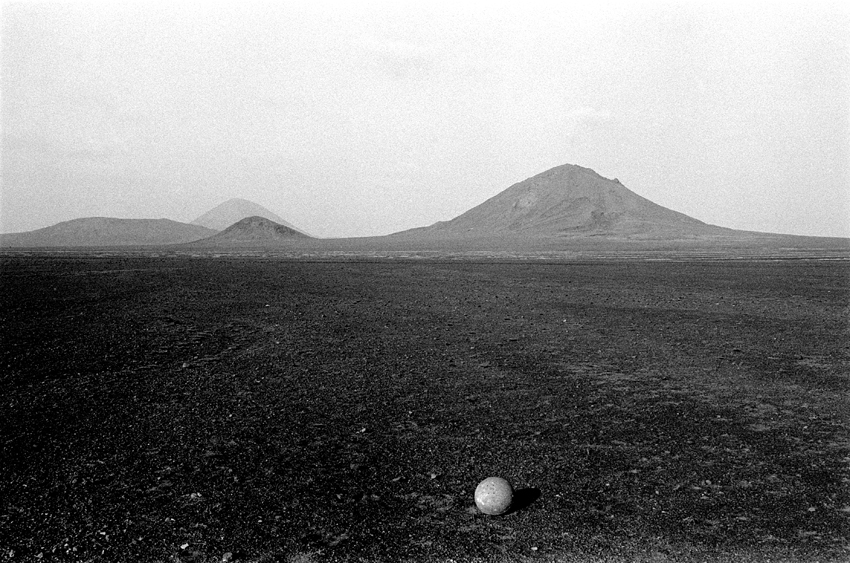 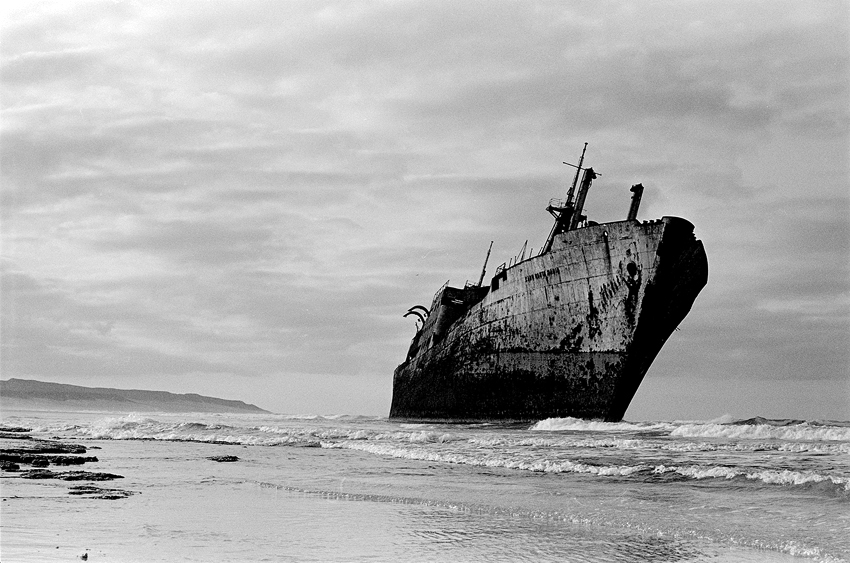 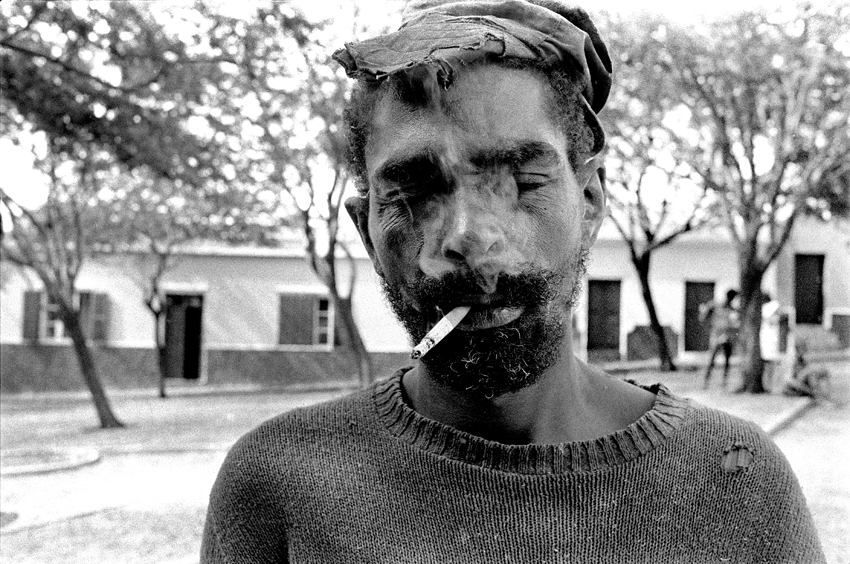 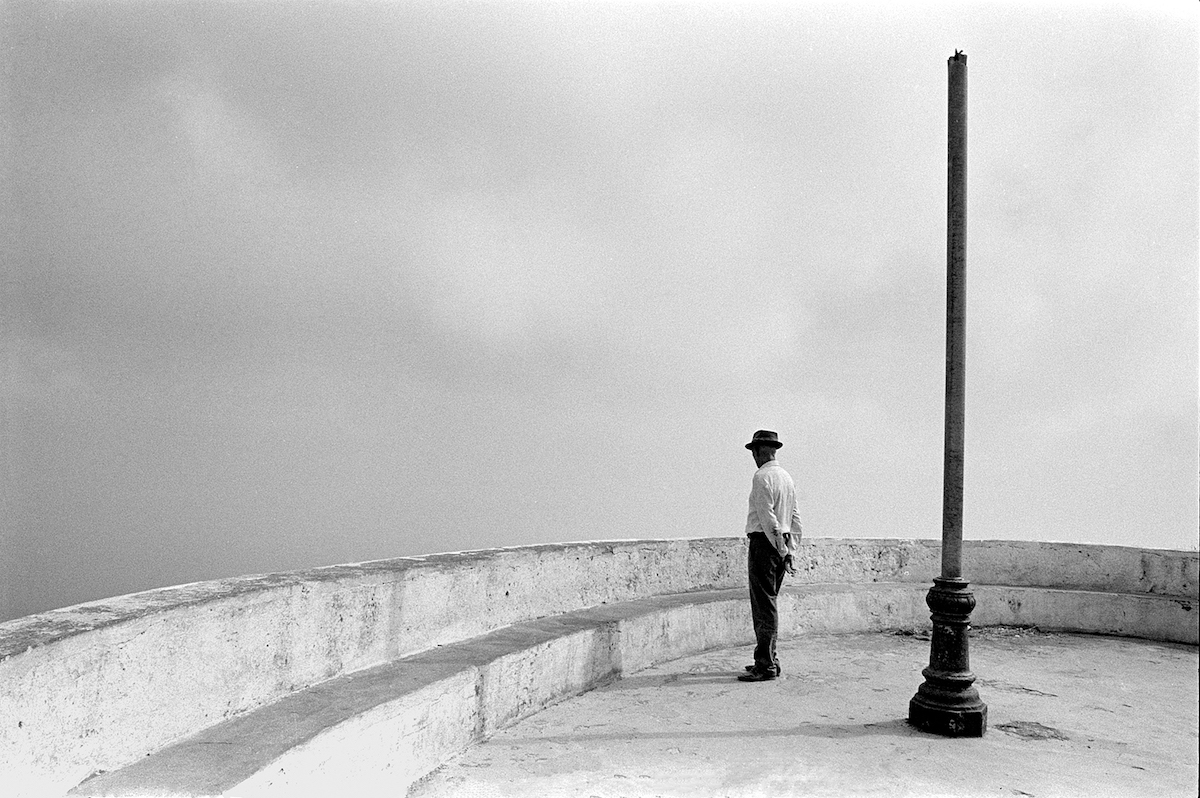 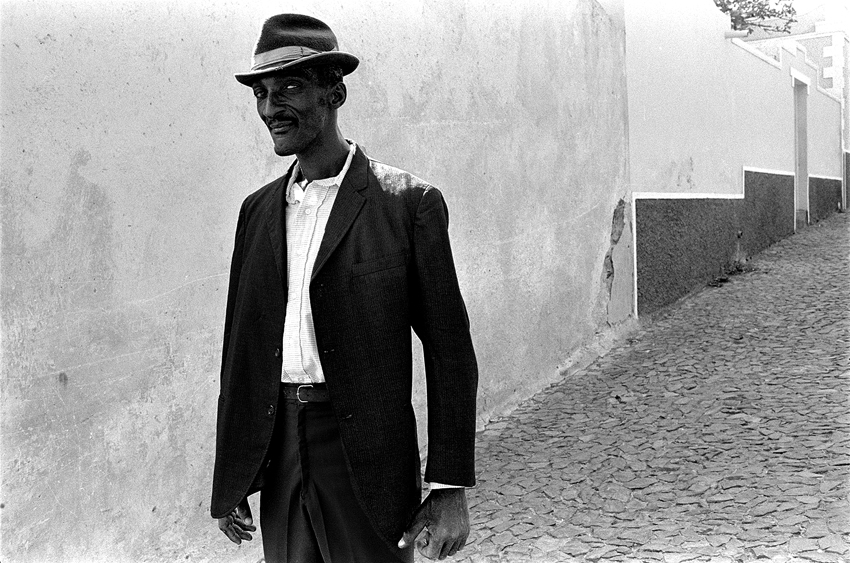