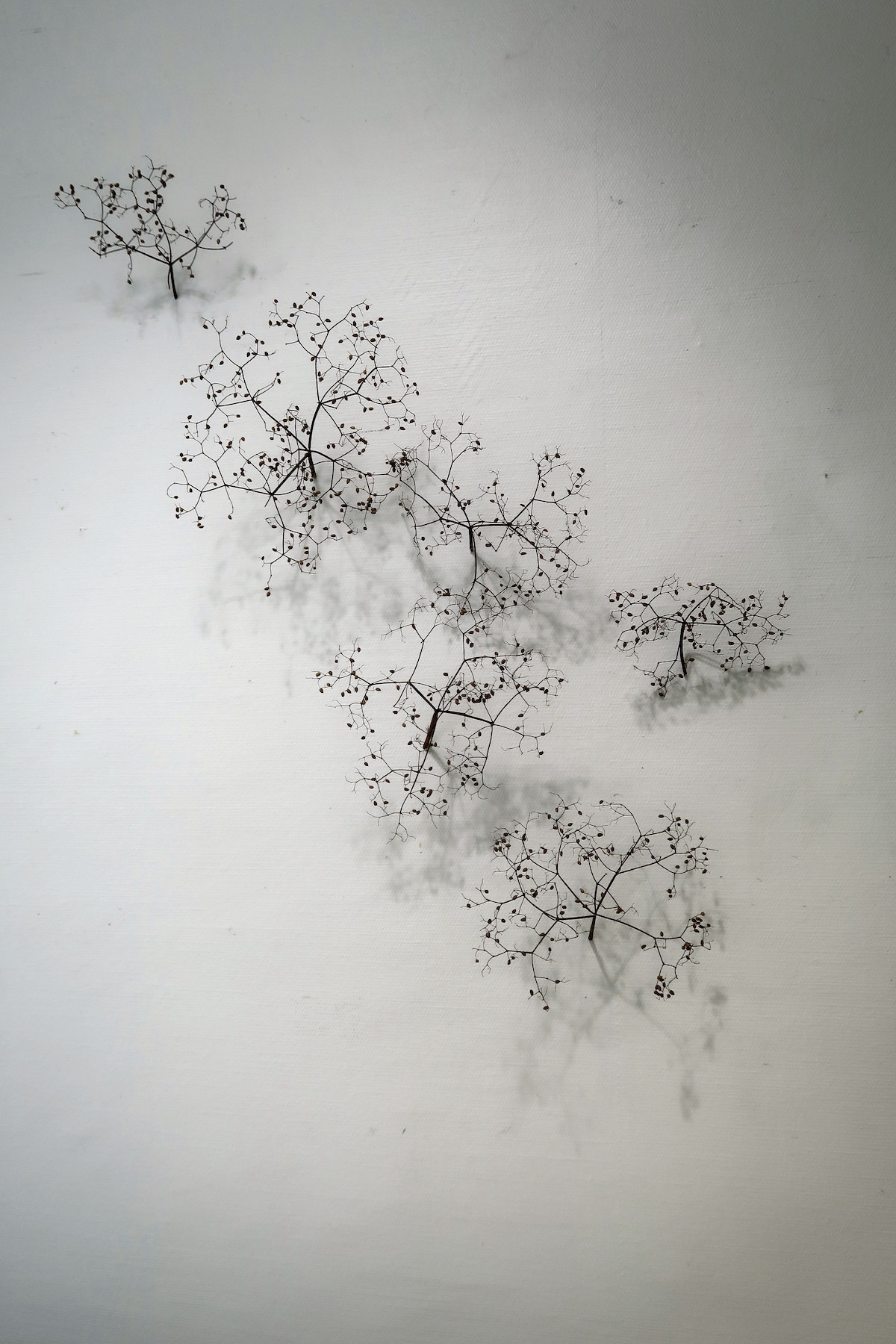 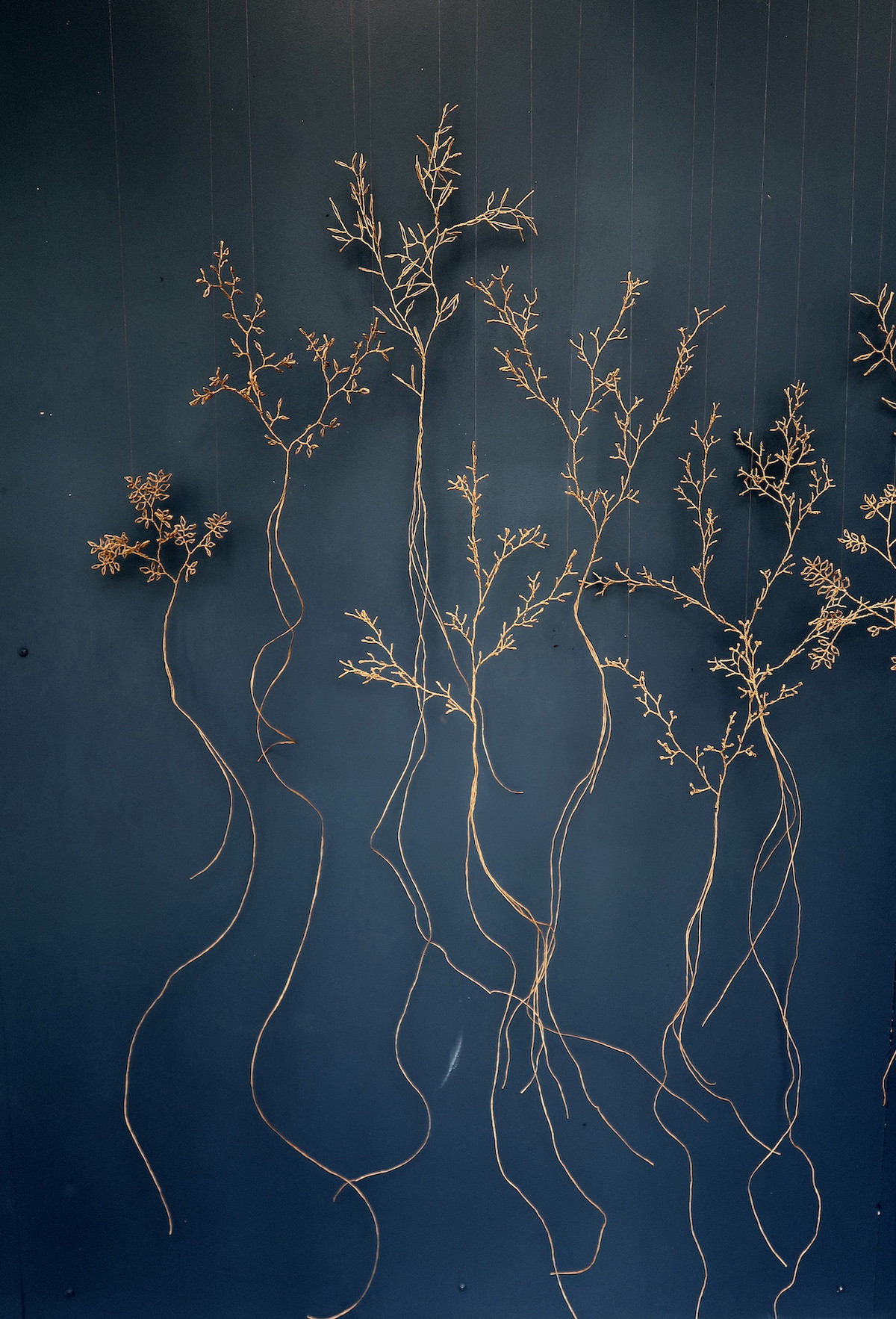 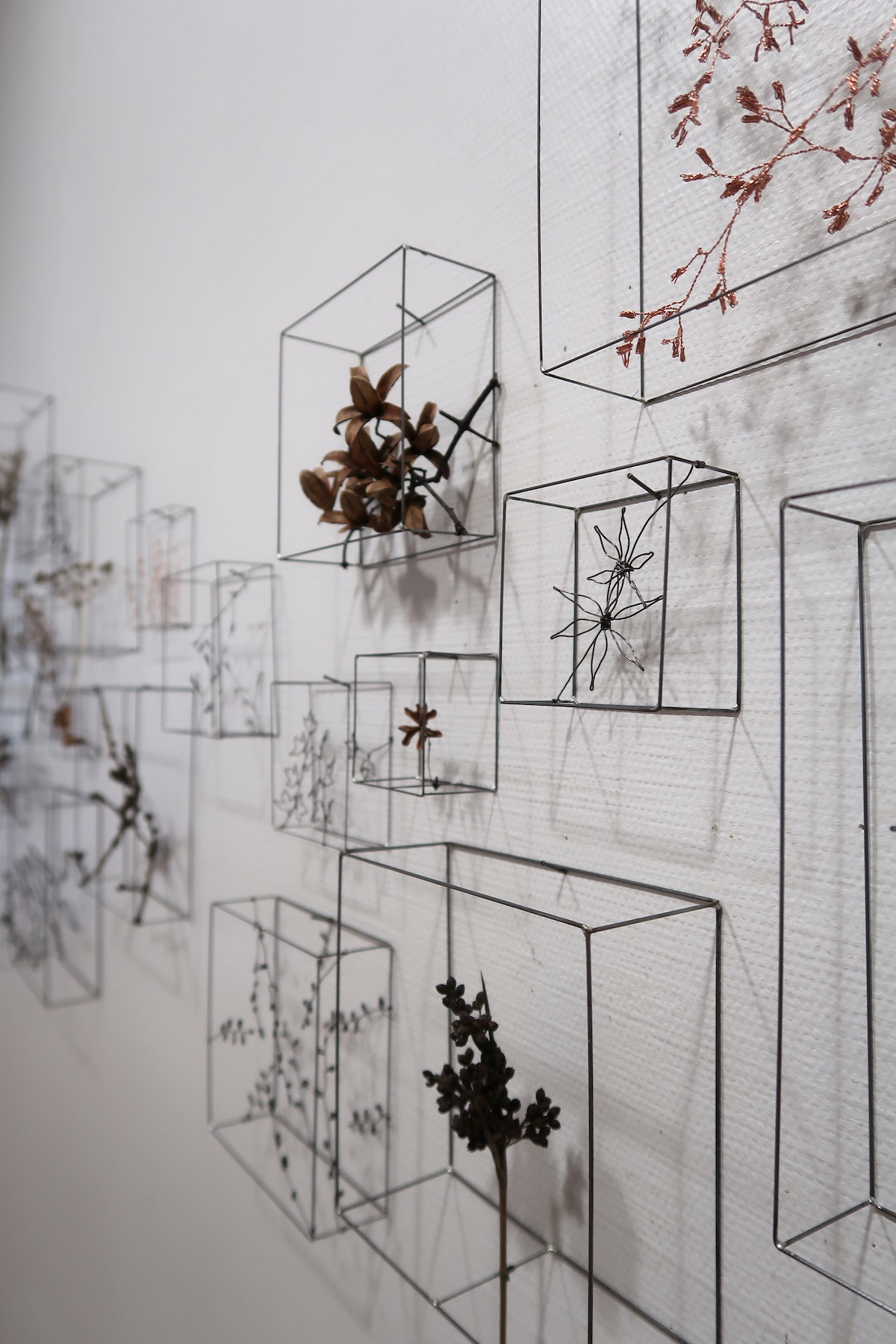 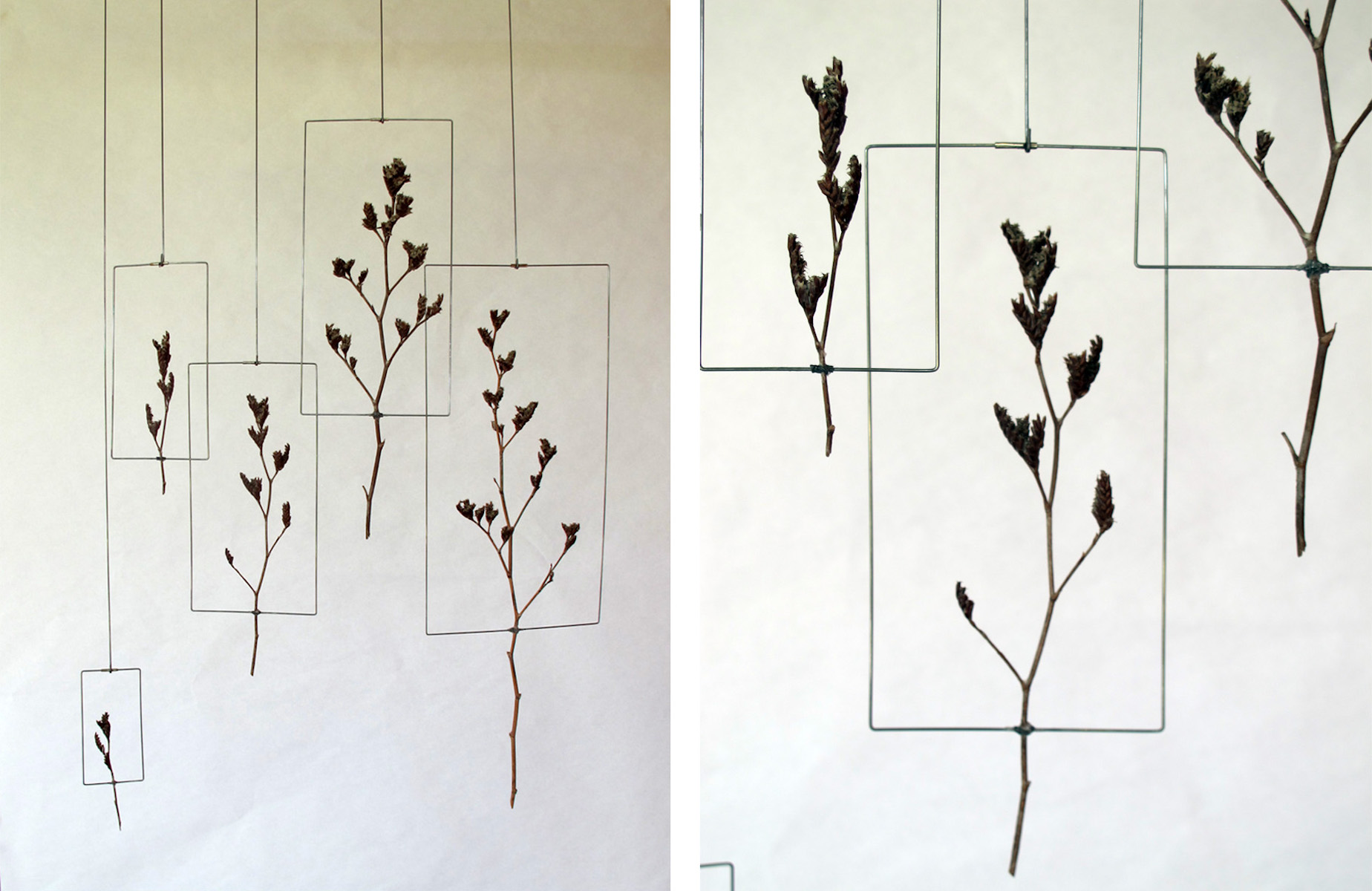 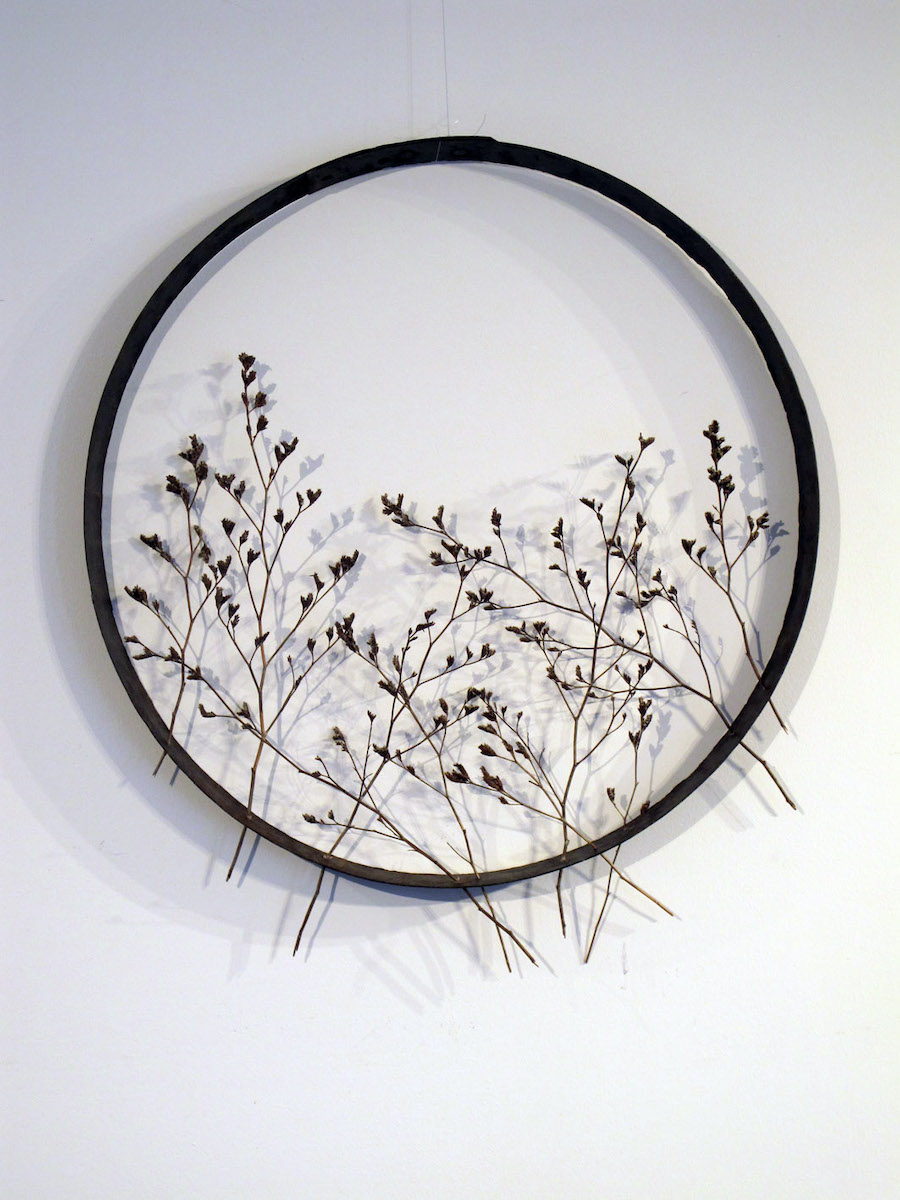 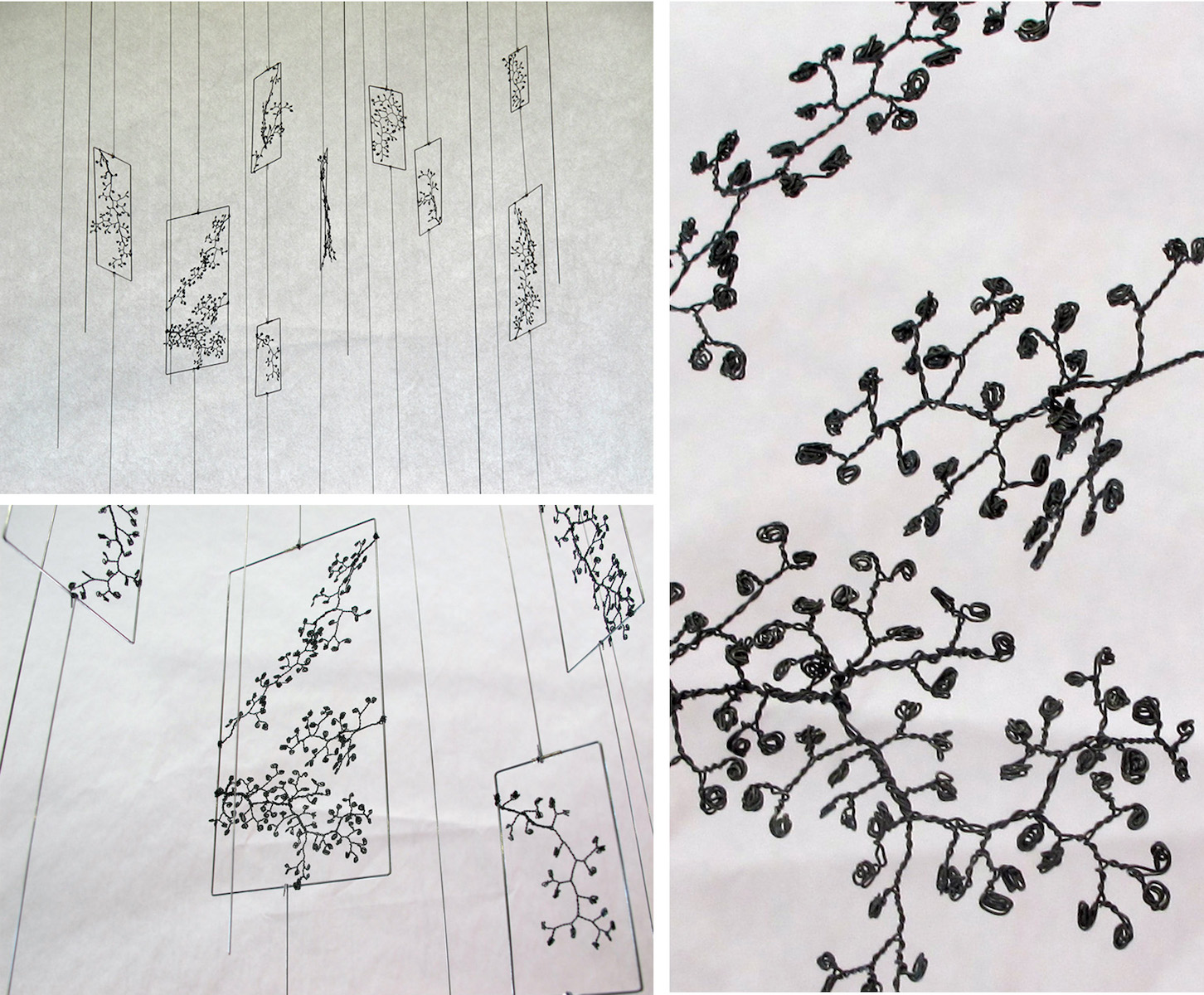 Born in 1970, I grew up in the Indre region of France, in a rural environment. I studied geology and planning in Tours and then in Montpellier. I worked from 1993 to 1999 in the development sector in Charente-Maritime.
In 1999, I change course, move to Paris and follow an artistic training (continuous training with the GRETA of applied arts, E.S.A.A. Duperré and Boulle, Licence arts plastiques, Ateliers de la Ville de Paris in foundry and direct size).

My personal work of sculpture, started in 2002 in foundry and direct carving, evolves towards the creation of installations and assembly in 2008. With this natural evolution, my sensitivity to environmental aspects and my training in science and geography merge into the artistic gesture.
Since 2005, I live in La Rochelle. I work mainly in the framework of residencies.

My artistic practice is influenced by an initial training in geology and planning. It is marked by a sensitivity to materials, a relationship to space, and a look at our daily environment. How do we inhabit a place, and how can the artistic gesture itself inhabit a space?

I create mainly installations in situ, most often ephemeral, and in parallel of those, assemblages. The whole is characterized by purified, graphic, often aerial forms, combining geometrical and organic forms, which preserve of my practice of the direct size the rhythm and the repetition.

The materials used for their plastic and graphic qualities, often recovered and diverted, are simple.

My work, nomadic, is inseparable from a process of discovery, meeting and results from an interaction between the environment where I intervene and a questioning on the concepts of fragility, link, transition, impermanence and resilience.

My first research focused on the notion of territory, then evolved towards a more intimate reflection in resonance with human environments. If nature and vegetation have always been present, environmental issues (climate change, biodiversity) are becoming preeminent, especially the issues of disappearance, collapse or resilience. By extension, current reflections on the notion of inhabiting and on the concept of nature are of particular interest to me. 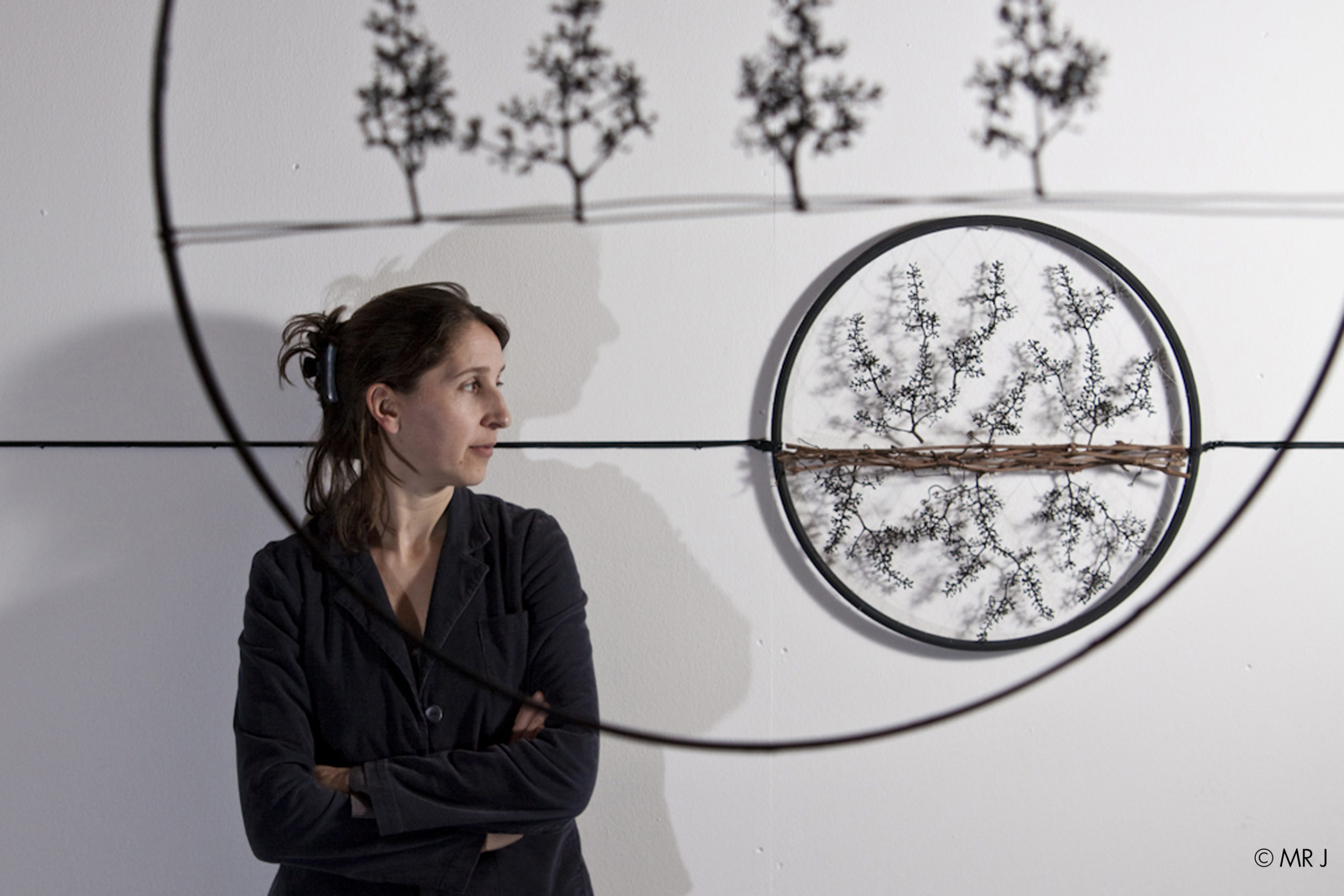 Plant Poetics – Exhibition at the Bletterie Gallery, La Rochelle
The clouds that pass, there, there … – Chapel of the White Ladies, City of La Rochelle – Installation in situ with Frederique Bouet

Creative residency at the University of Tours, UMR CITERES (from Sept 2017 to April 2018), with La DRAC Centre Val de Loire and the Conseil Départemental d’Indre et Loire :
Chemin faisant … – installations, MSH Val de Loire, hall and footbridge
De l’eau dans son vin – creation of an installation with the teacher-researcher Isabelle La Jeunesse and the students of Master II Environment, territories and landscapes. Presented during the international conference Climate Change & WATER Tours, then in the Thélème room of the university, then at the Château de Gizeux.

Do not sink – Residency at Lawangwangi Art Center, Bandung, Indonesia (Feb-May) – with the Centre Intermondes, the City of La Rochelle and the French Institute

[Des]enchantements – Creation residency at the Lycée agricole de Chambray-les-Tours (October-December) – with the DRAAF, the DRAC and the Région Centre Val de Loire
Falling down 3 times, getting up again, staying upright, and finding a lightness … – Residency of creation and mediation at the psychiatric hospital Marius Lacroix, La Rochelle (from Sept 2015 to June 2016) – with the DRAC, the ARS Poitou-Charentes, the City of La Rochelle

Verticality, installations in collaboration with the artist Chen Saï Hua Kuan as part of the Singapore Festival in France – Centre Intermondes, City of La Rochelle (June to October)

Exhibition at the Domaine Dozon, Chinon 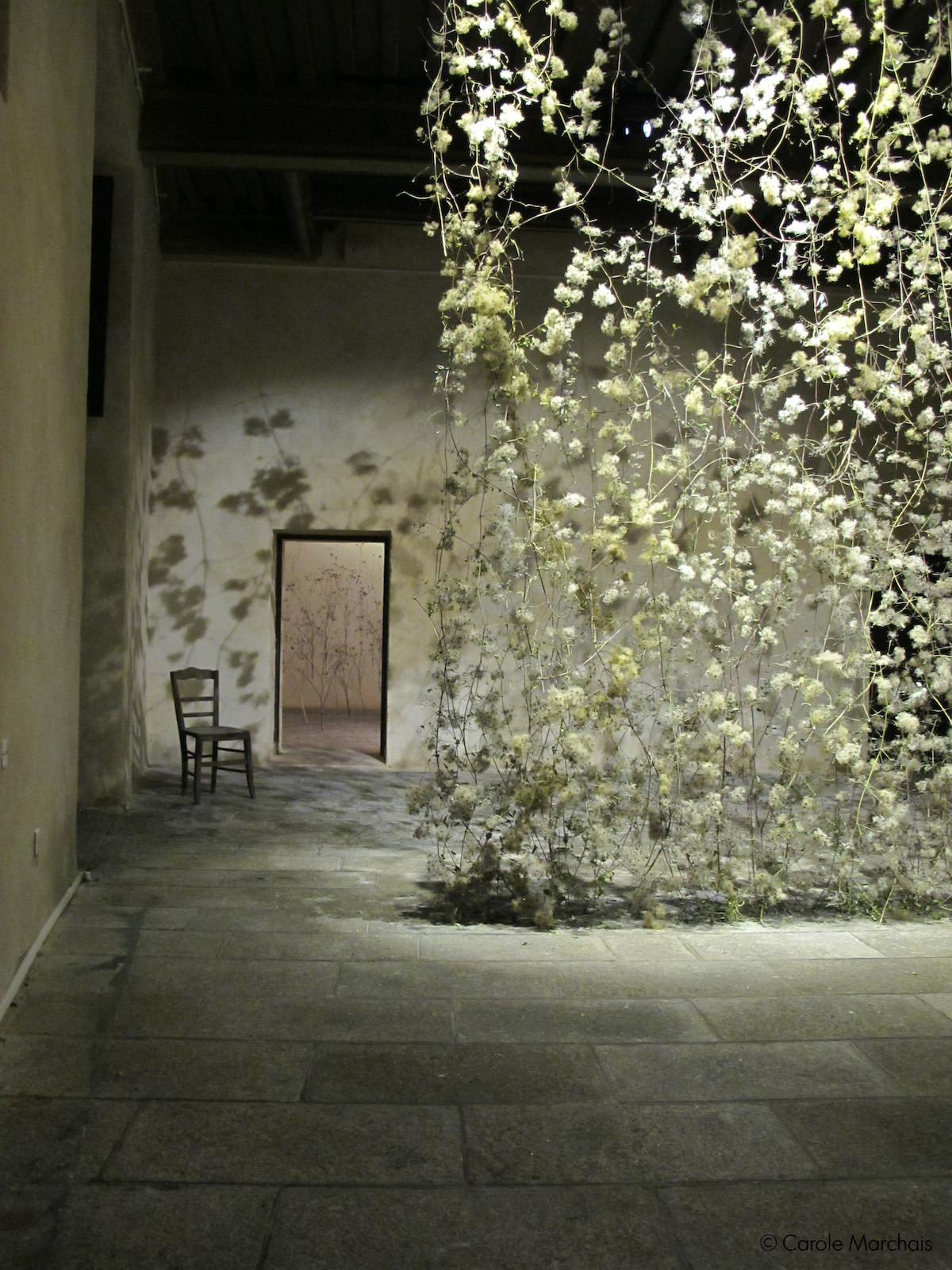 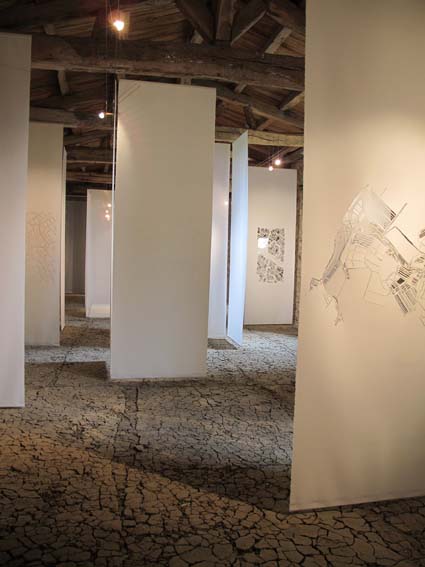 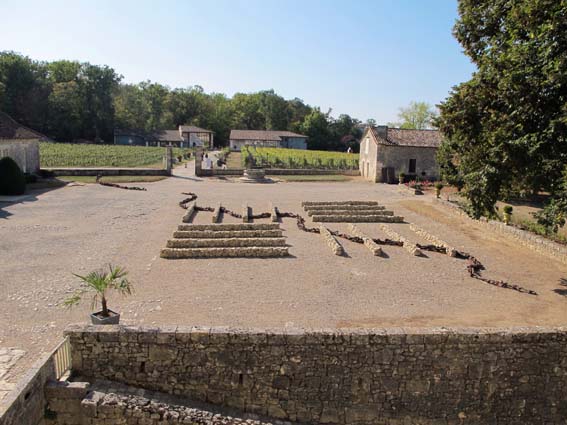 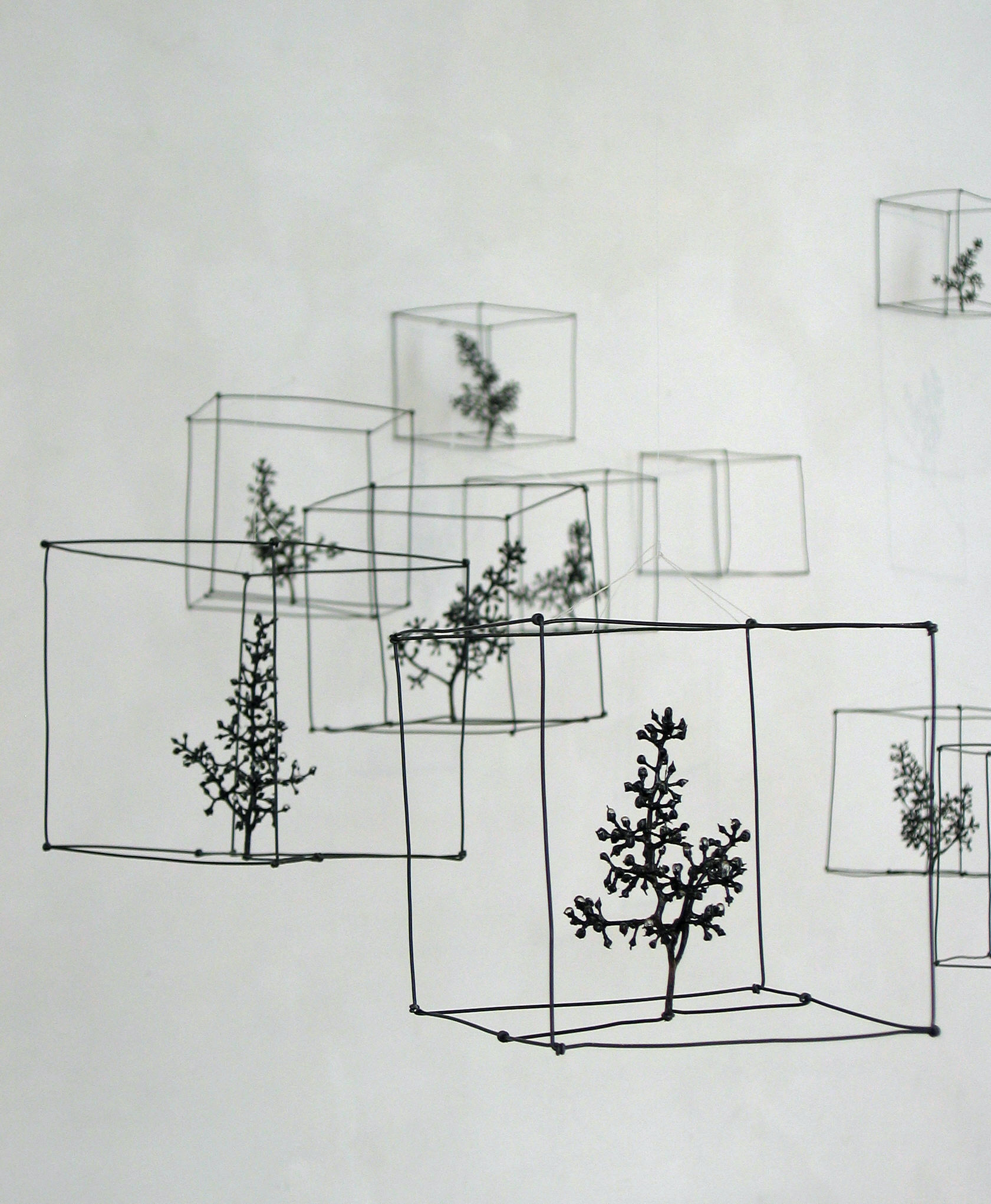 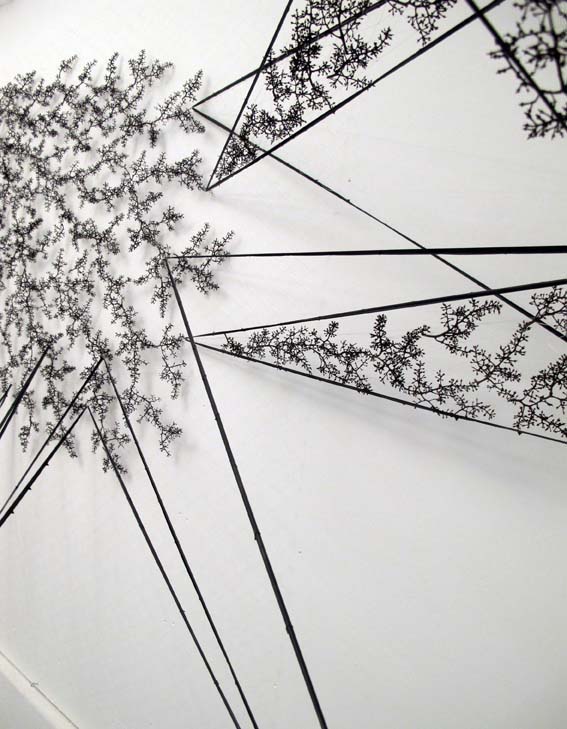 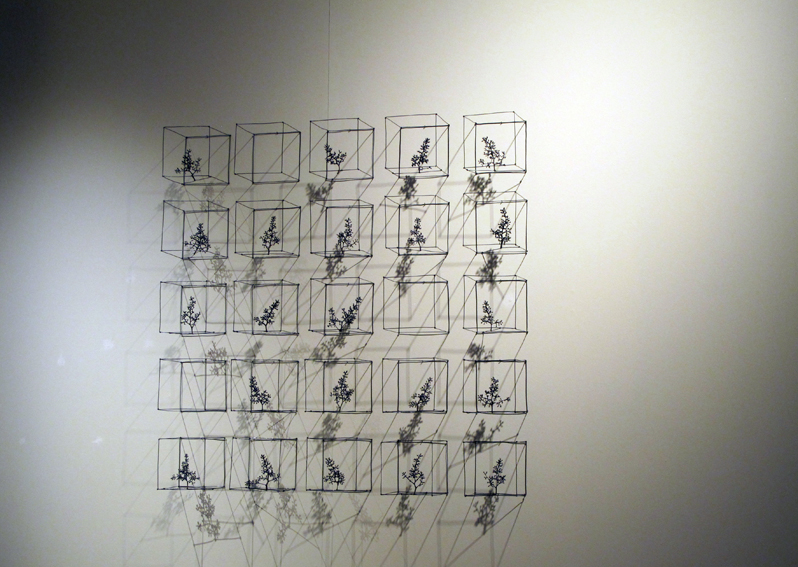 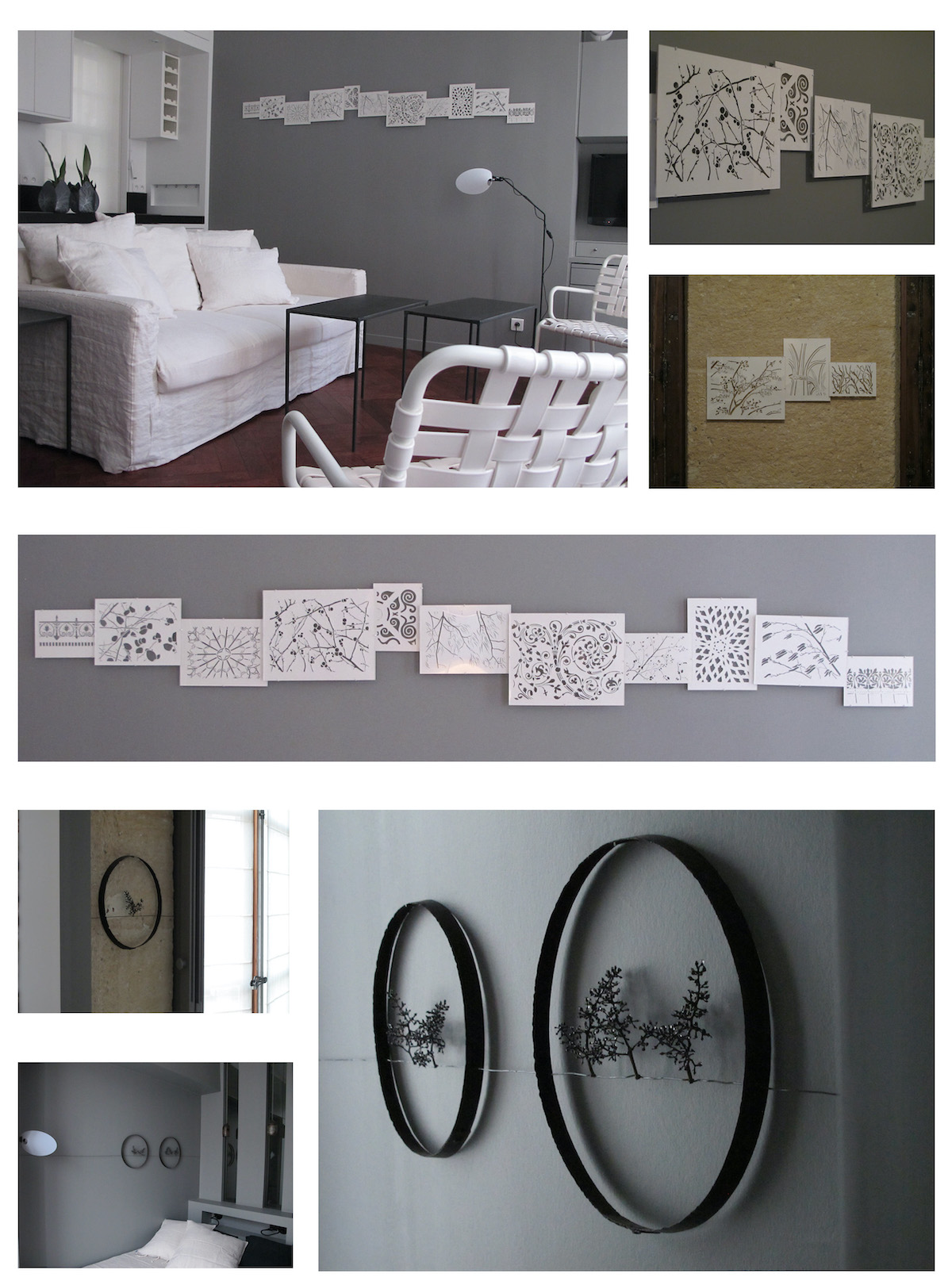 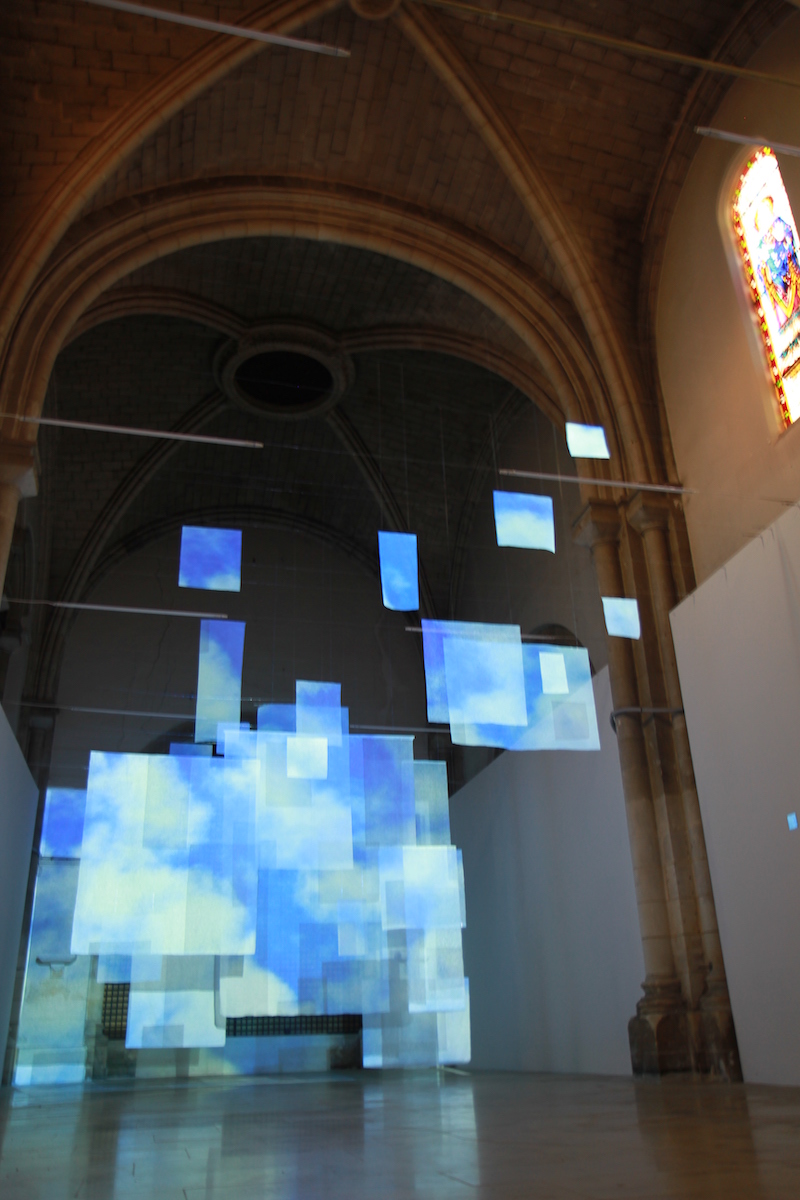 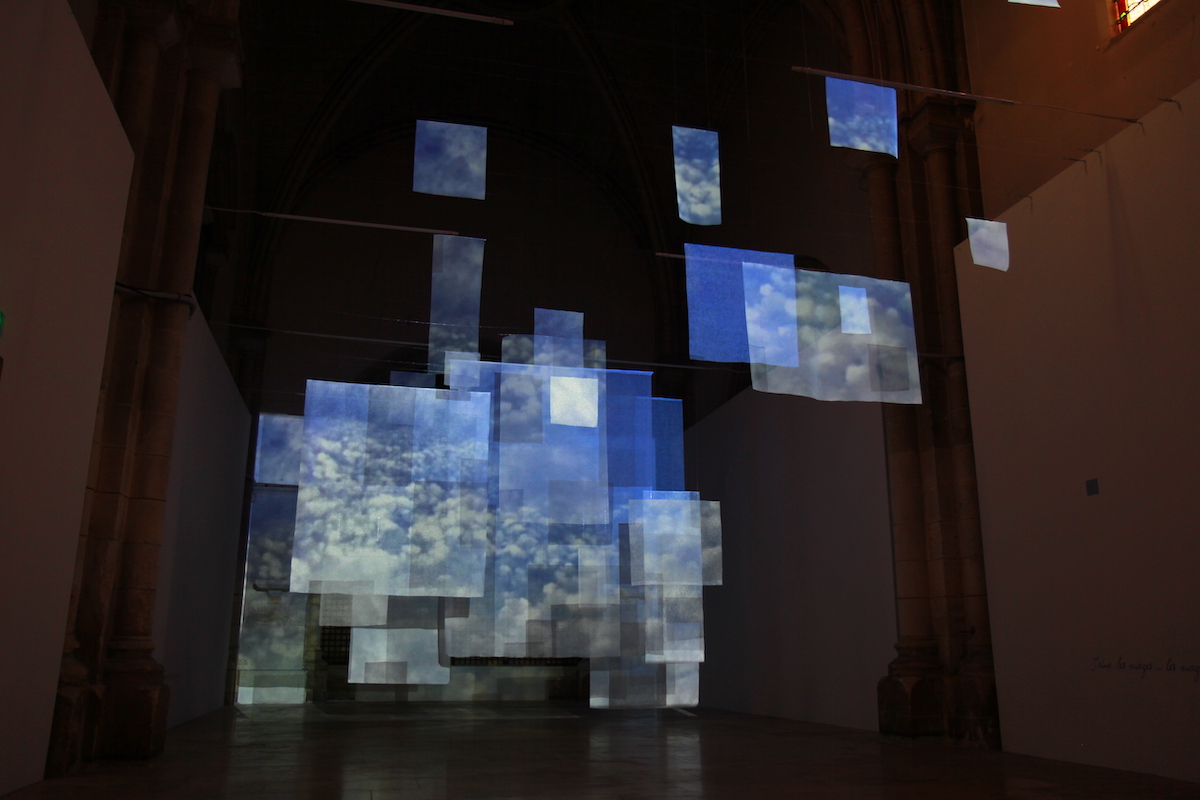