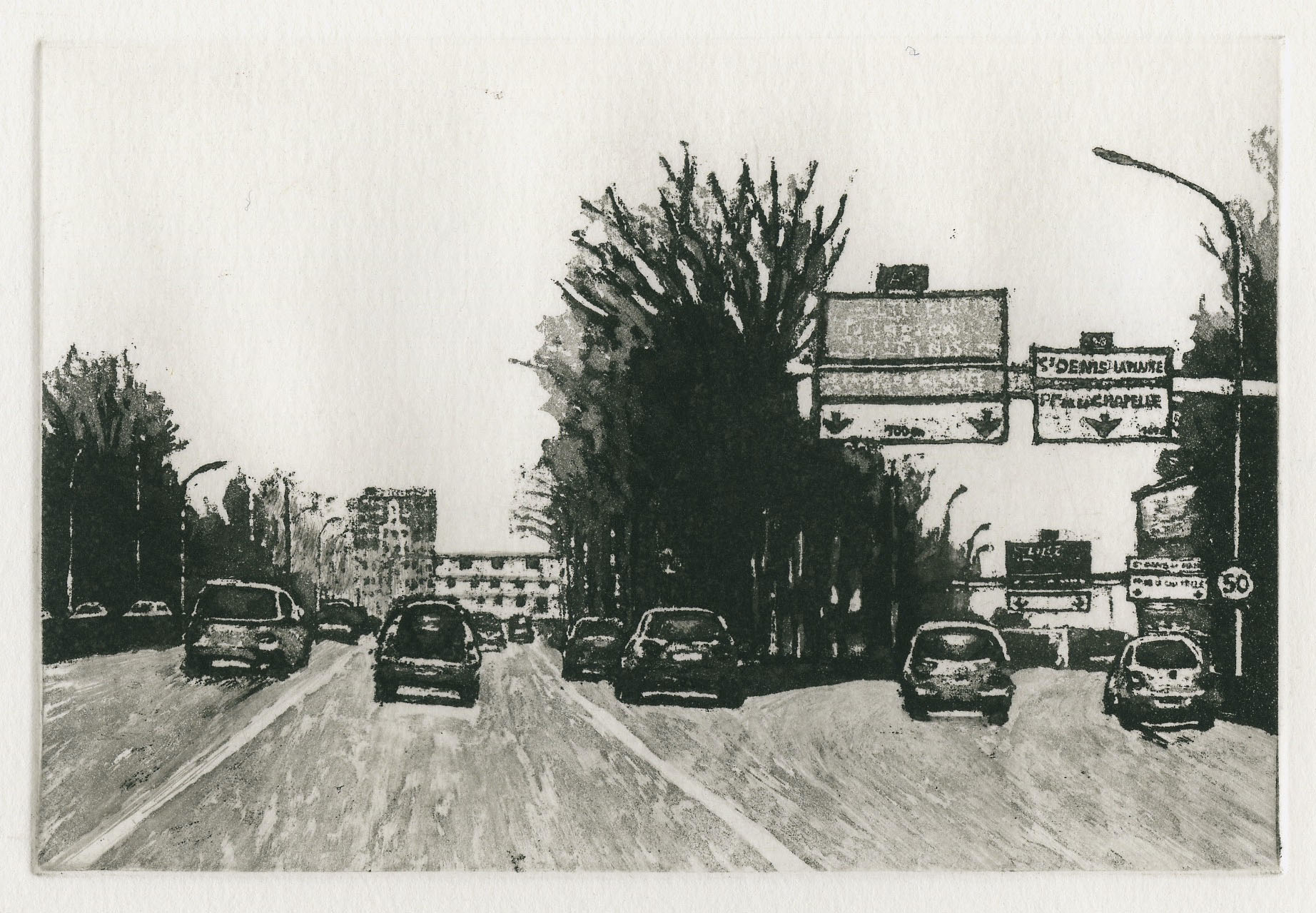 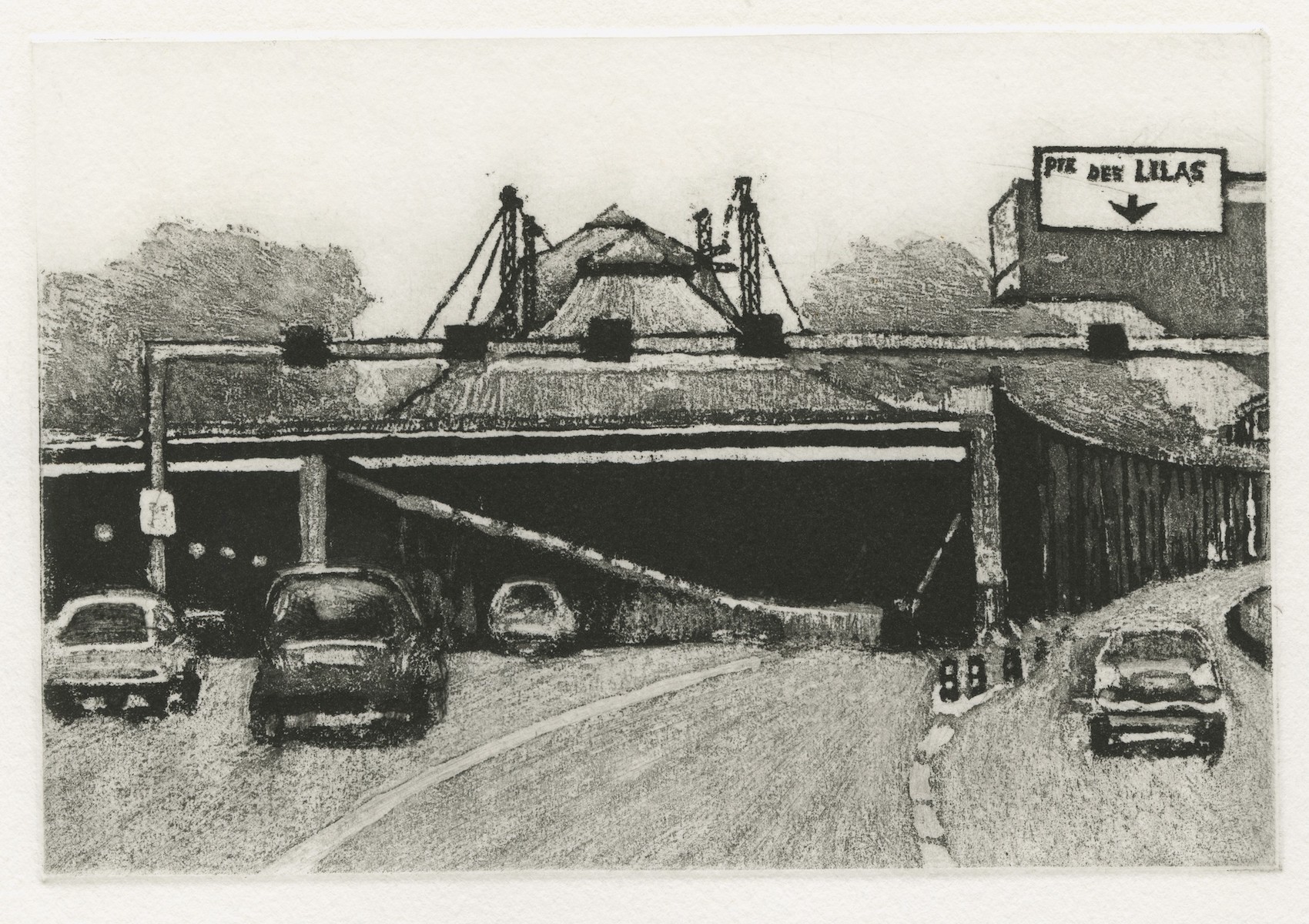 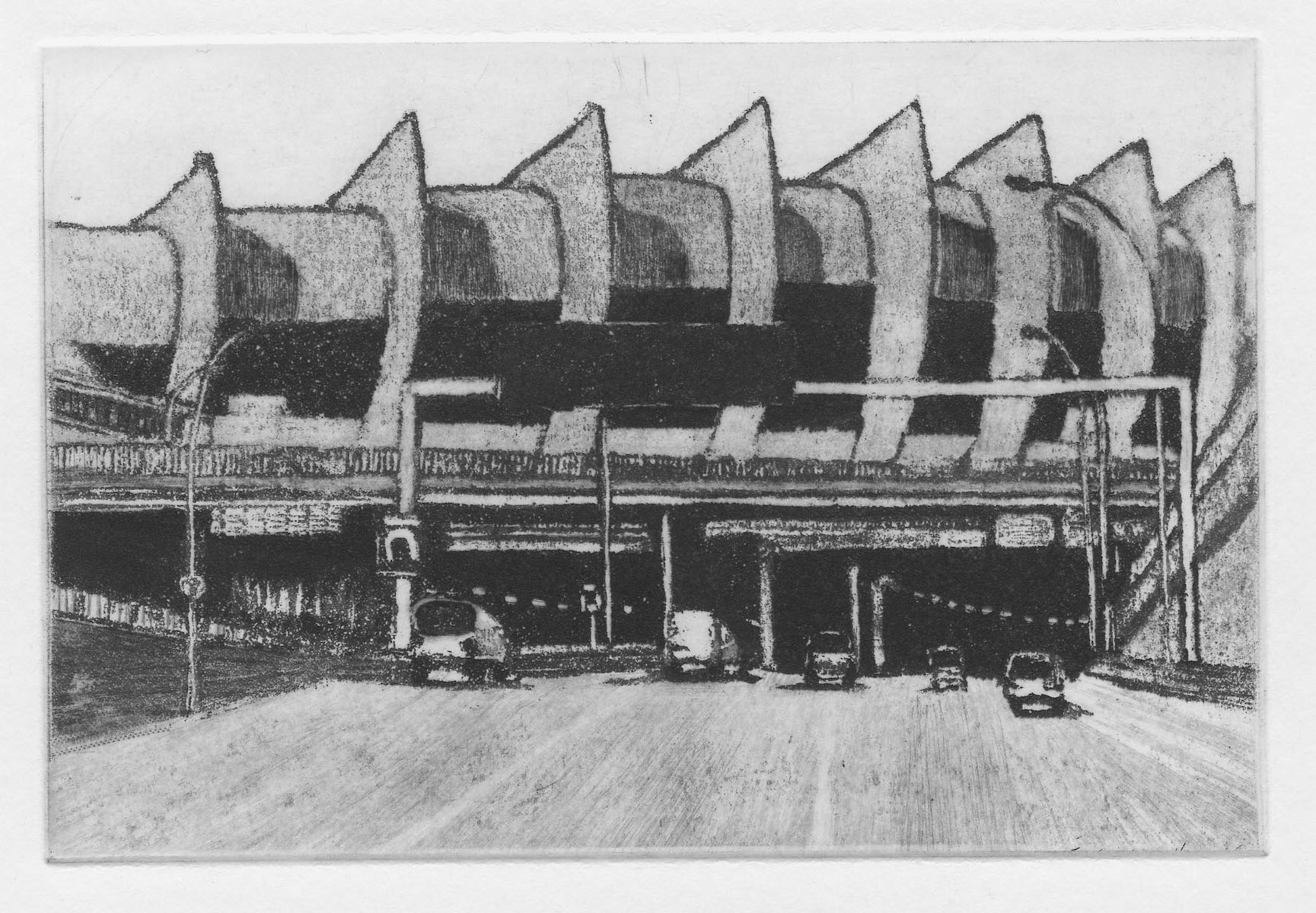 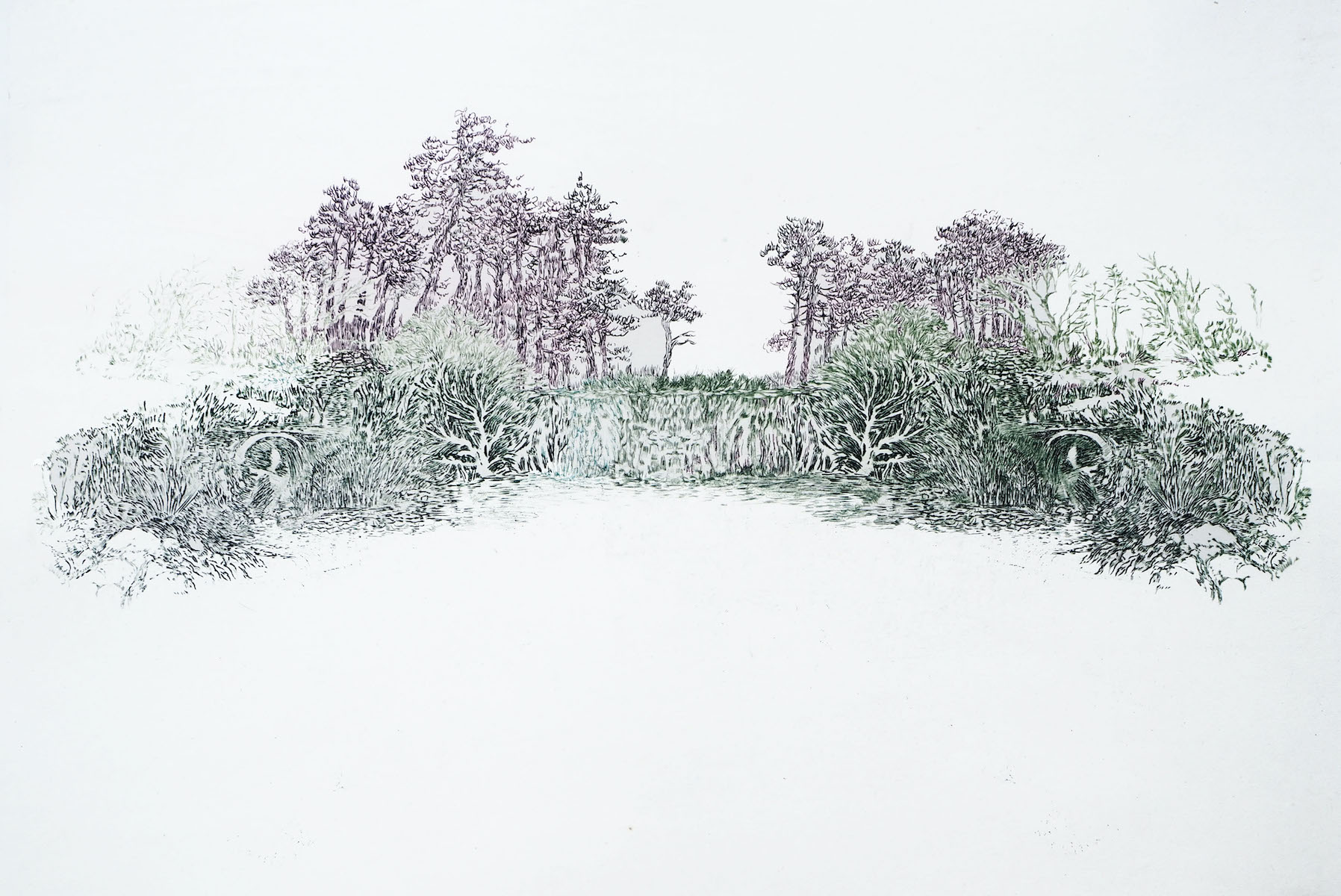 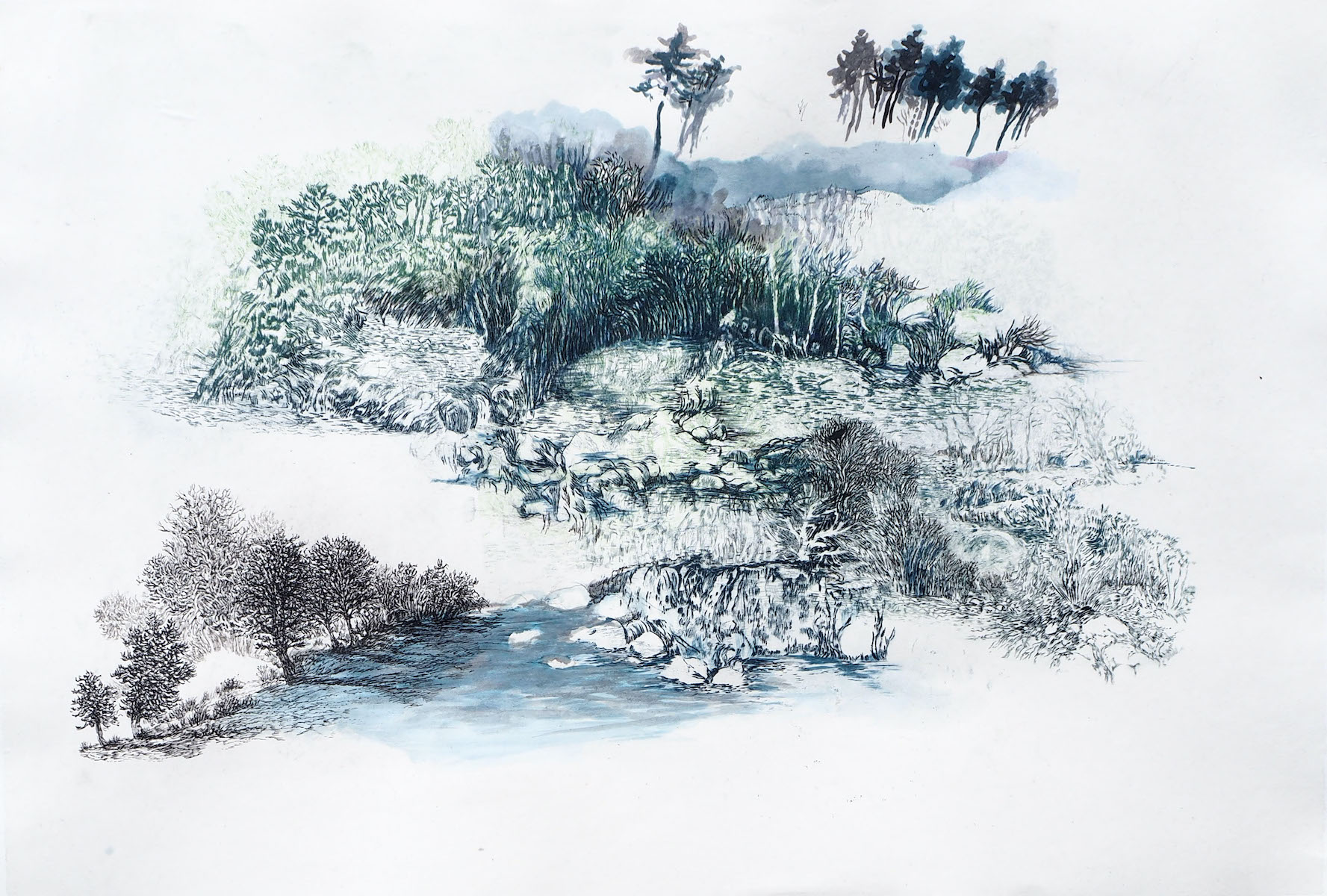 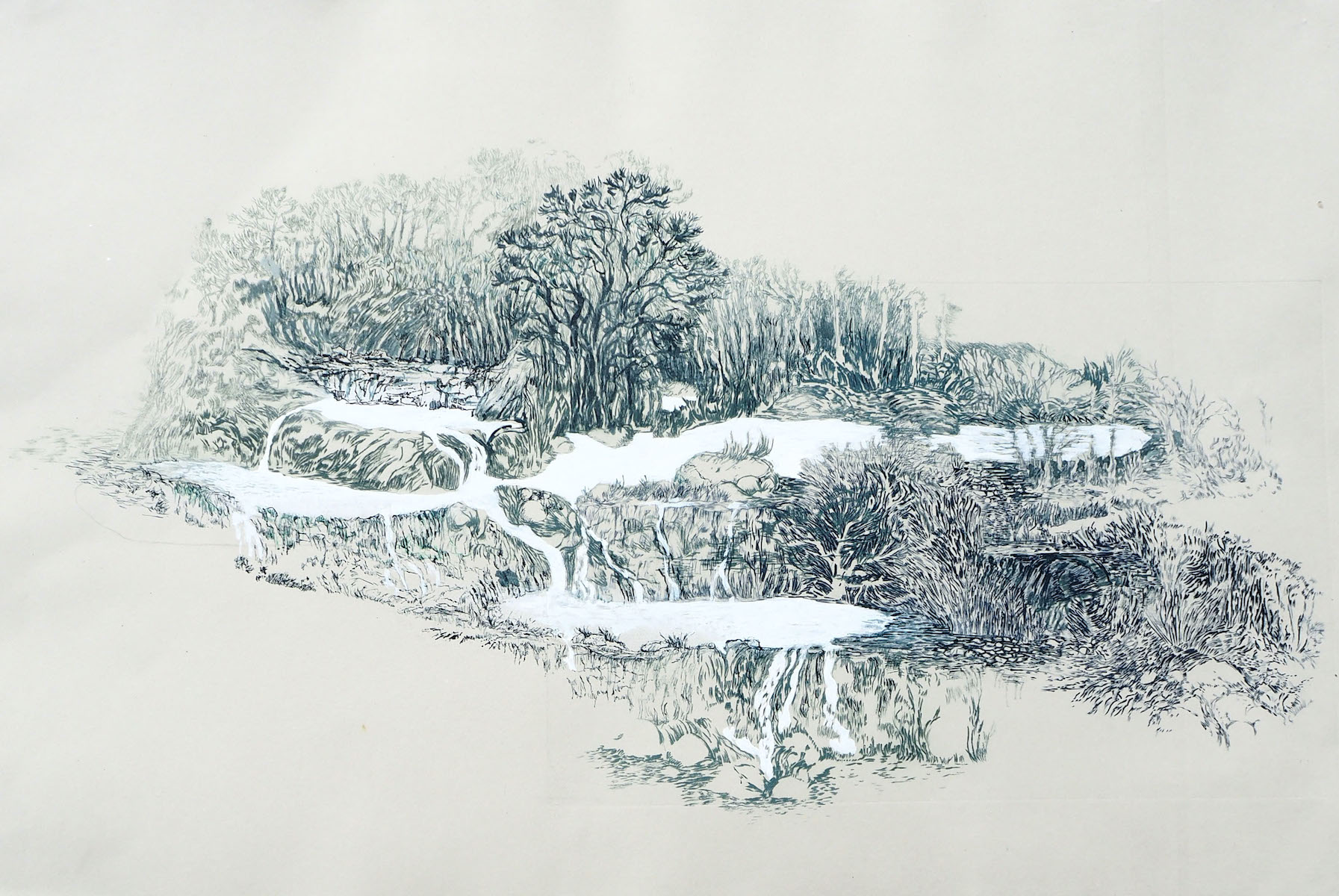 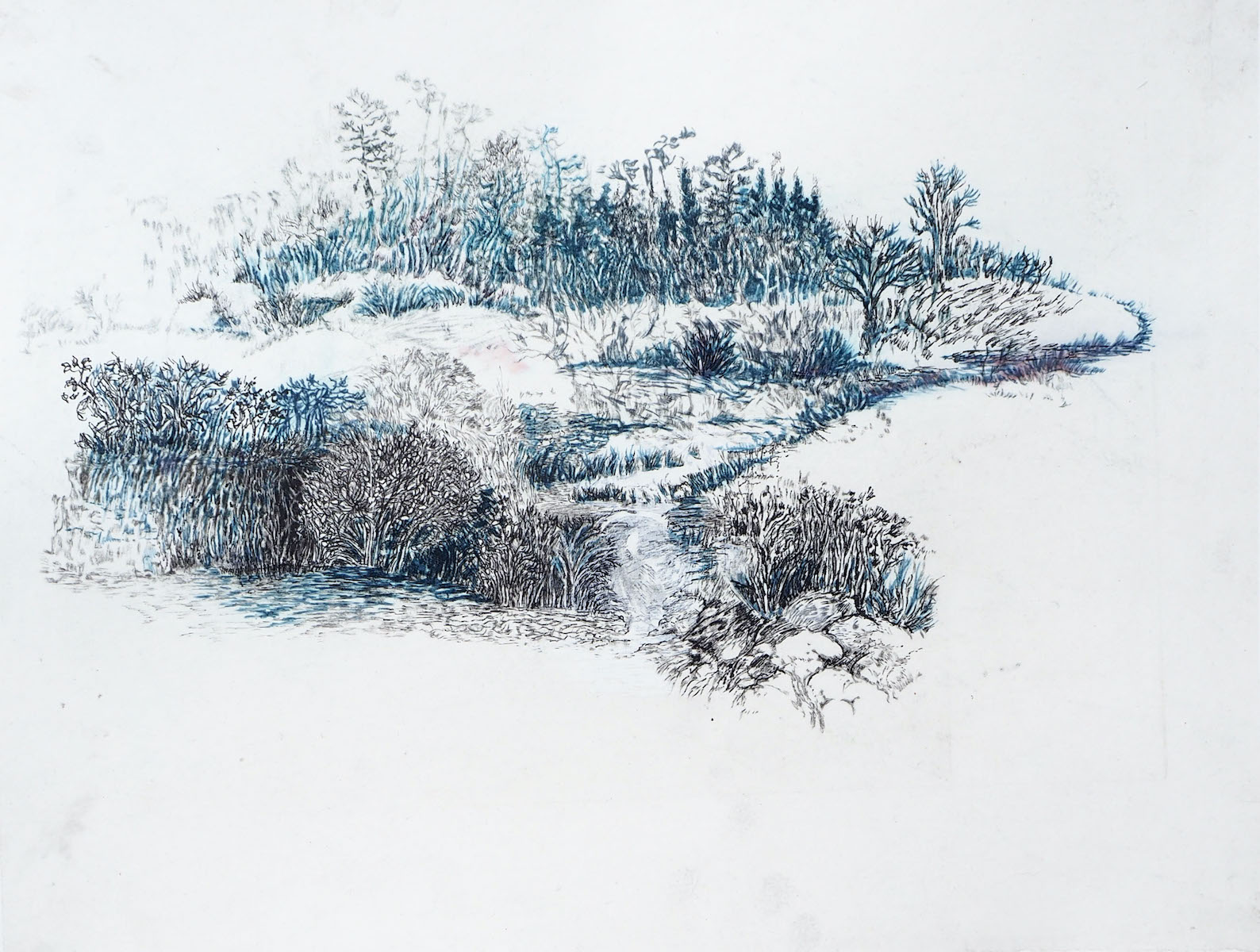 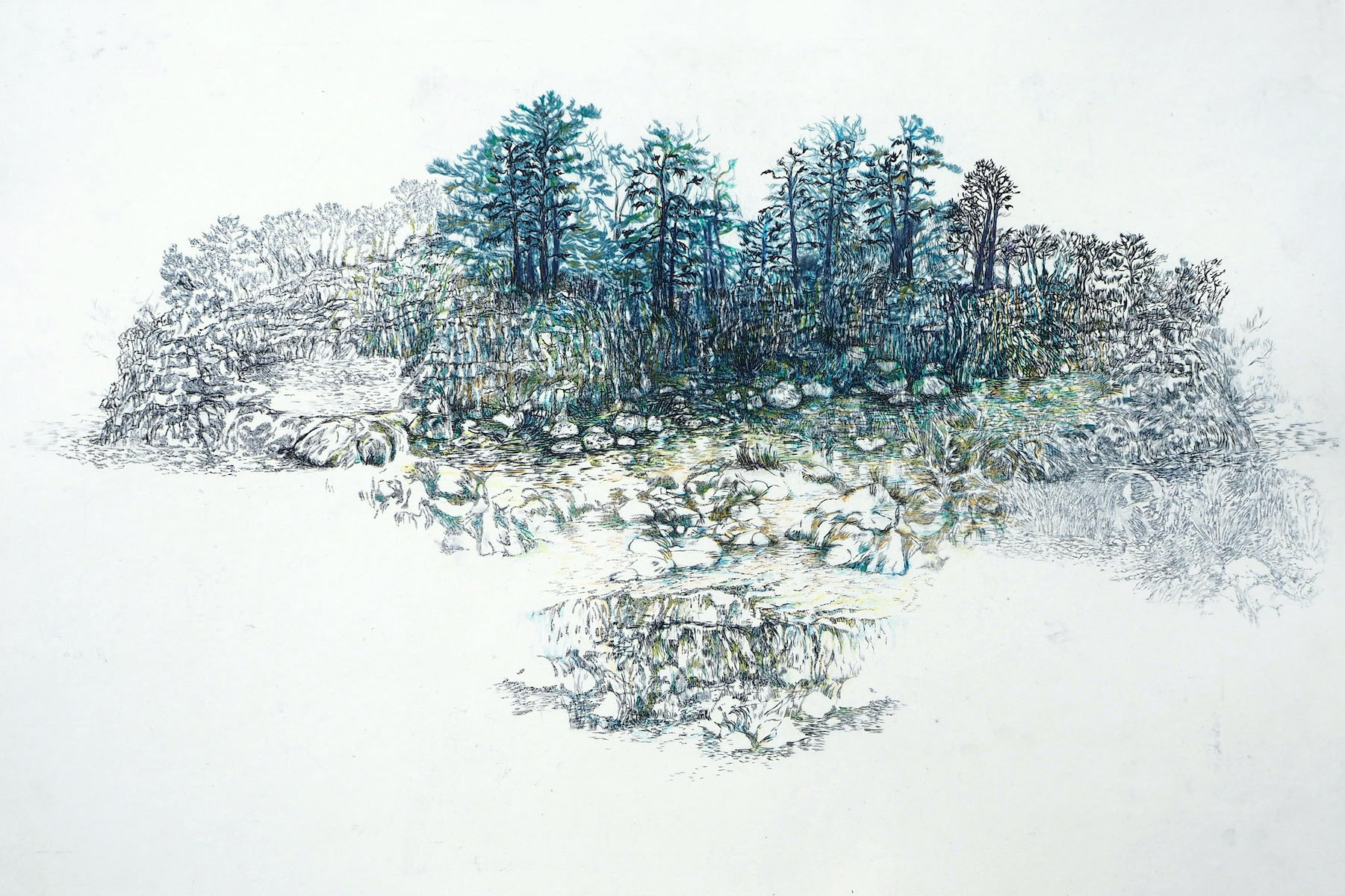 Professor of engraving at the École Estienne, Paris

Caroline Bouyer, a visual artist and printmaker, focuses on the territory and its transformations.
First of all, that of the body and dreams, with the earlier series Les Bustes and Le Monde intérieur.
But Caroline Bouyer soon went beyond the physical body to focus on the body of a city, Paris, which she surveys to witness its transformations. This led to a series of carborundum engravings on major Parisian construction sites.
A first work on the major works carried out in the heart of the 13th arrondissement of Paris was implemented and rewarded in 2012 by the Prix Lacourière (BNF) and acquired by the Musée Carnavalet.

A second series around the port of Dunkirk and its industrial zone (Arcelor Mittal among others) was carried out by the artist in 2012/2013 during a residency in Gravelines, invited by the Musée du dessin et de l’estampe originale. This work gave rise to an exhibition and a catalogue.
Each series of engravings (monotypes and carborundum) was accompanied by the artist taking testimonies from inhabitants to better understand their perception of these architectural, economic, cultural and urbanisation upheavals in a given space.

In August 2014, the artist decided to focus on a new series, which she entitled Périph’ and which will this time focus on her vision of the current Parisian ring road and its recent changes. She wanted to invest this place that is the ring road, a porous border between two worlds.

The artist takes into account the notion of the passing of time: through her photographic shots, the basis of her work and research, the artist stops her gaze on a place (roads, gates, buildings, construction sites in progress, etc.) at a certain time, while being aware that from August 2014 to January 2016 (the date of the end of her peregrinations), the spaces have still evolved.

It is therefore a shifted chronology but a witness of a moment; of what makes the city evolve and thus its inhabitants.

The artist keeps a trace of her passage and it is from this that she will elaborate her works, through monotypes and aquatint engravings. In 2018, she thus proposes 38 compositions, each on a diffuser, corresponding to the entrance and exit doors of the ring road of Paris. From her monotypes, she then creates her aquatint engravings, giving herself time to reflect and create an image that is not just a topographical account but a sensitive interpretation of a living space.

In the artist’s work, what is seen, what has been experienced (common childhood memories, such as the Church of the Sacred Heart at the Porte de Gentilly when returning from holidays by car…), and what is the future (the rehabilitated Grand Moulins, the Philharmonie de Paris) are mixed together.

In parallel to these series, the artist has produced a set of engravings combining different techniques around the city and nature regaining its rights.
In 2020, Caroline Bouyer developed a research work combining different prints and drawing inspired by natural landscapes. These are Les paysages autonomes.
The line is fine, lively, the compositions complex and detailed. A mysterious atmosphere can be discerned, because underneath a classical first impression, the composition reveals distended perspectives, like cracks within a serene nature.
This is a new stage in the artist’s creative process. 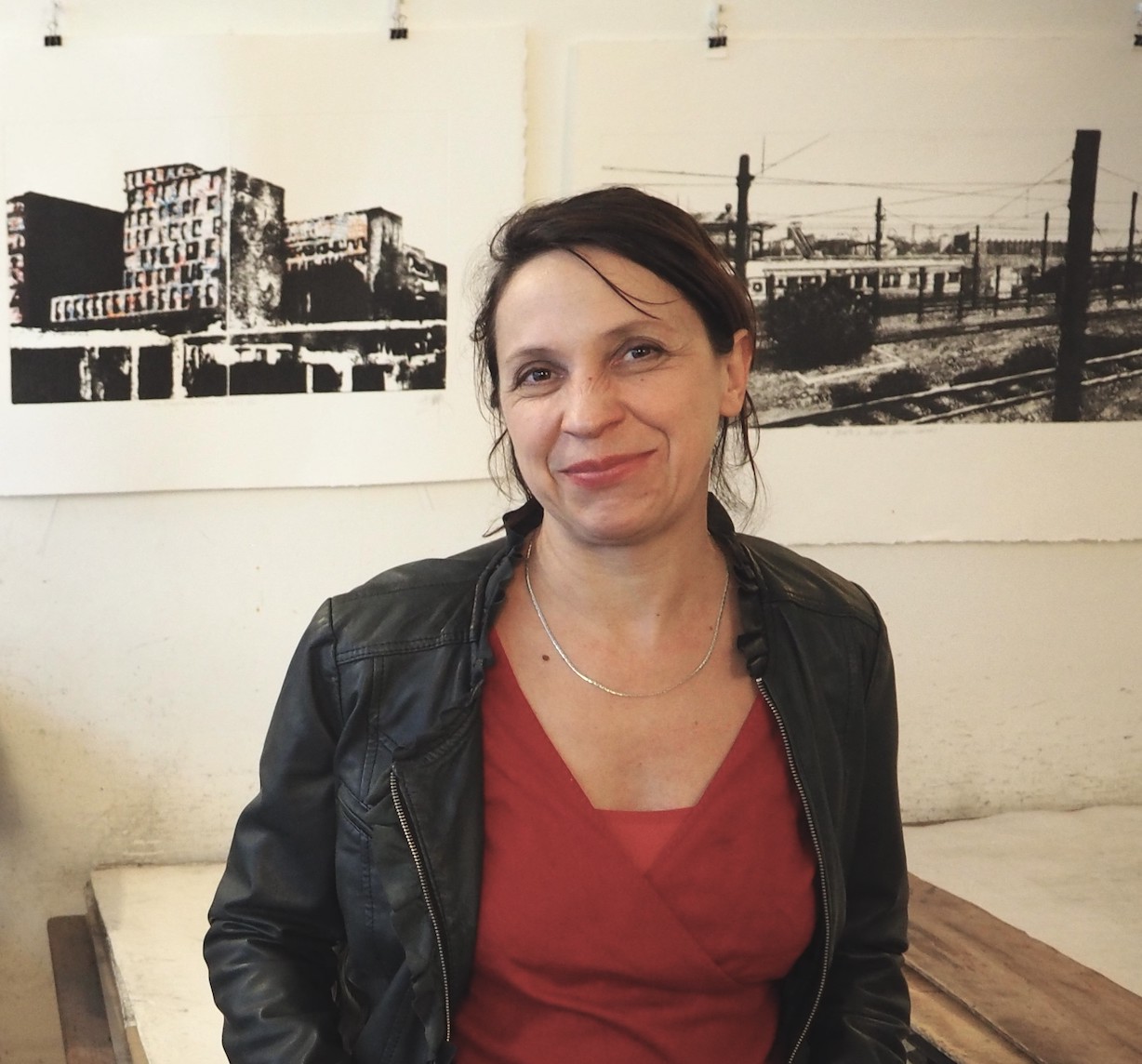 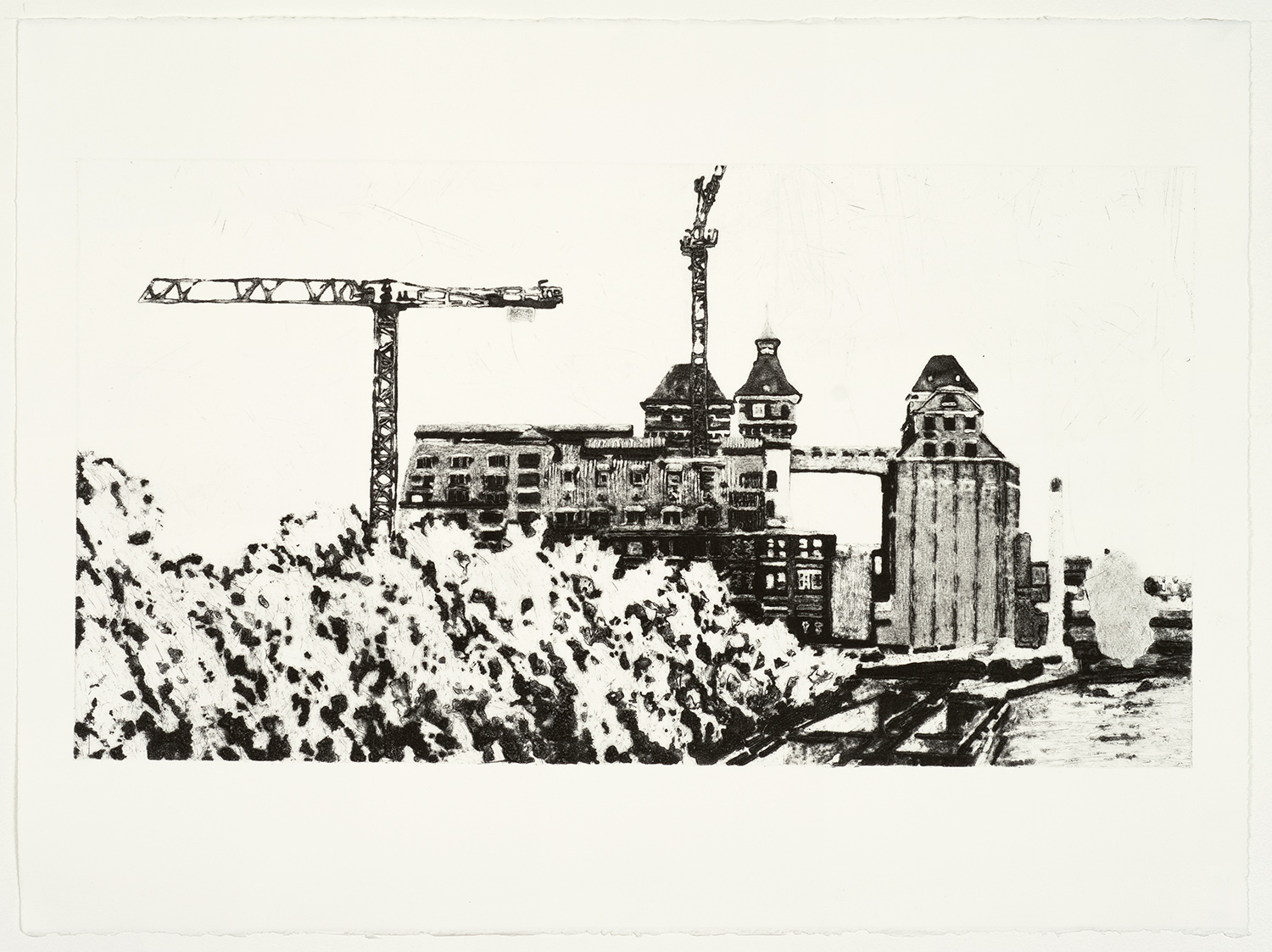 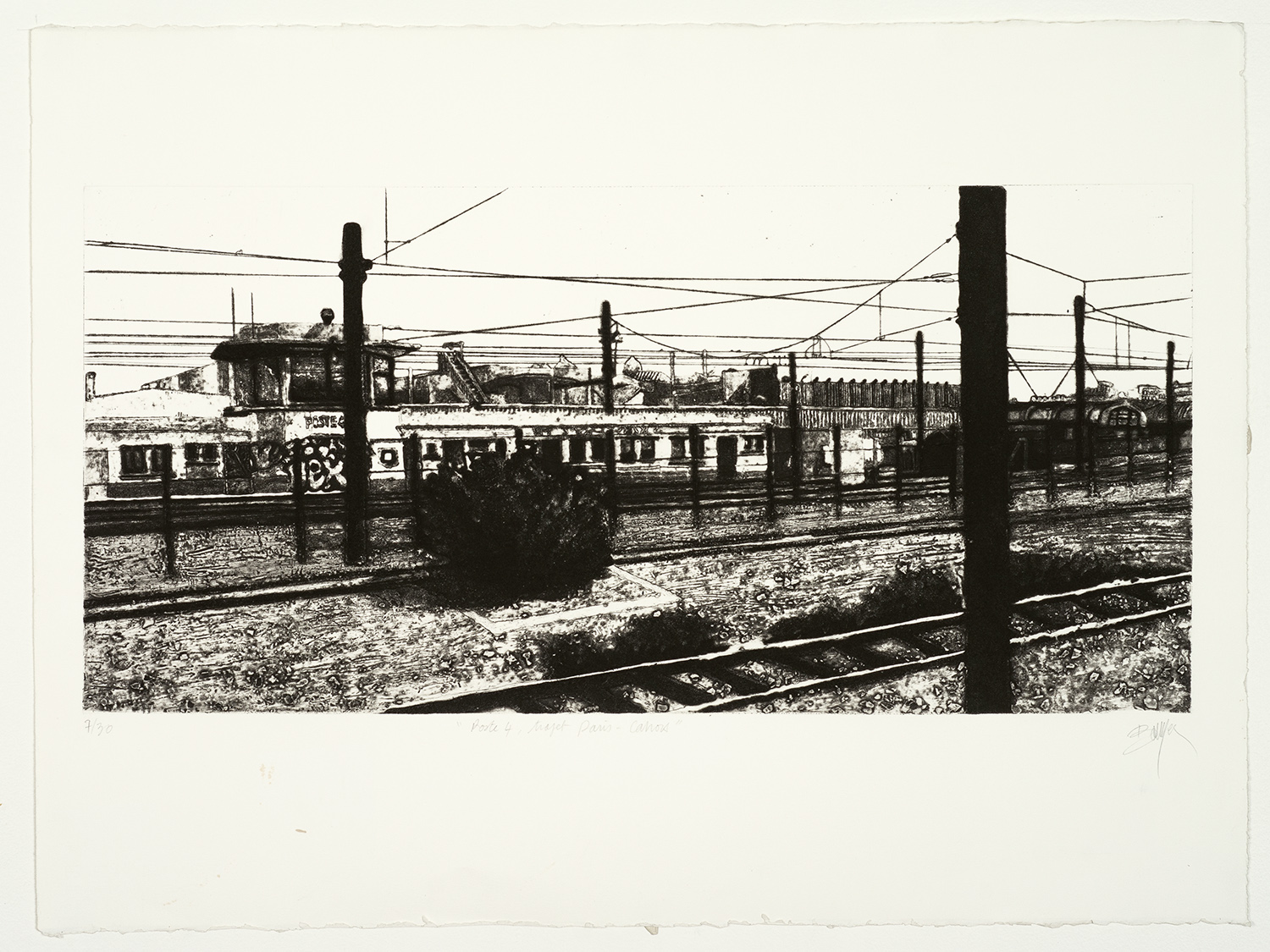 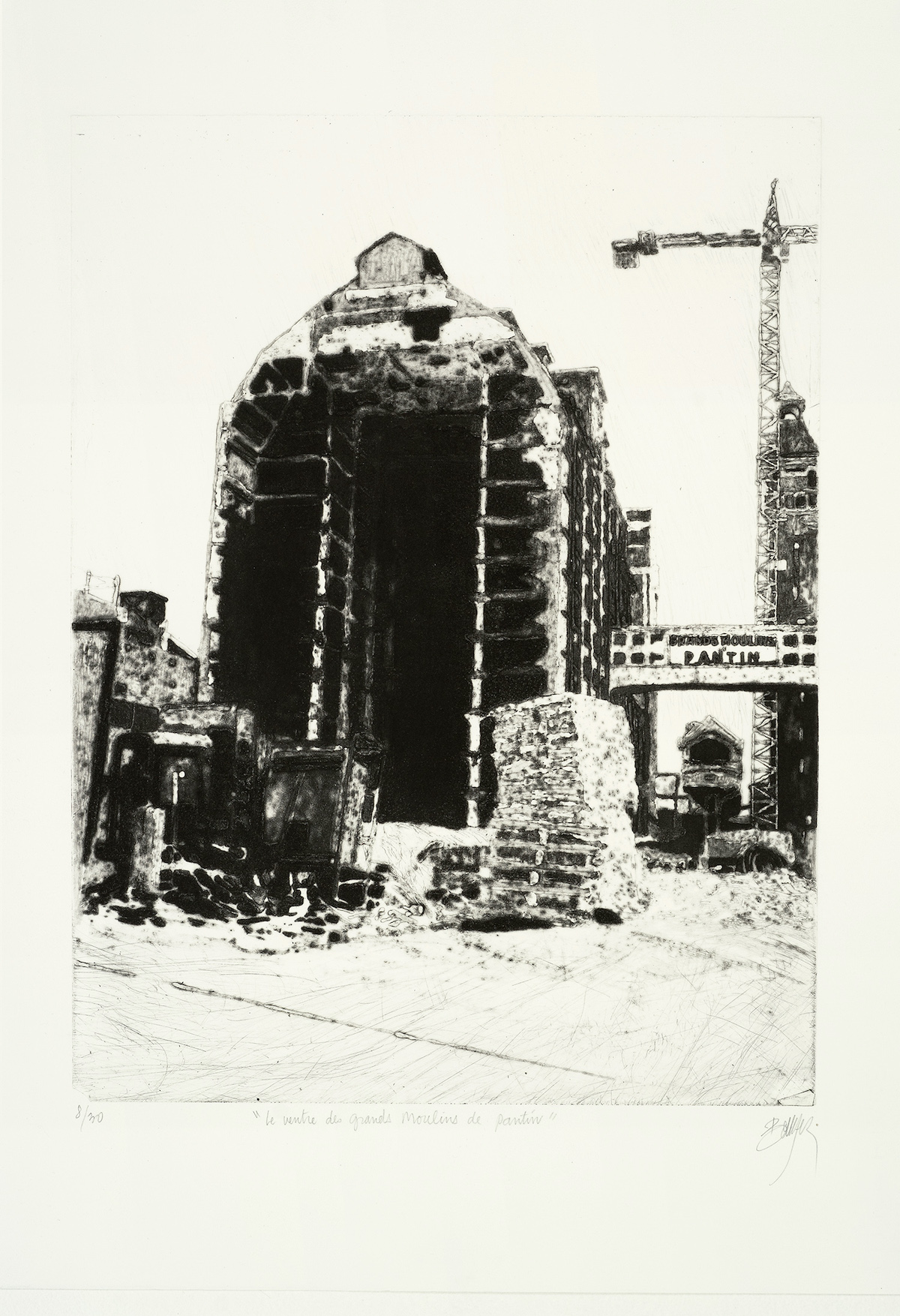 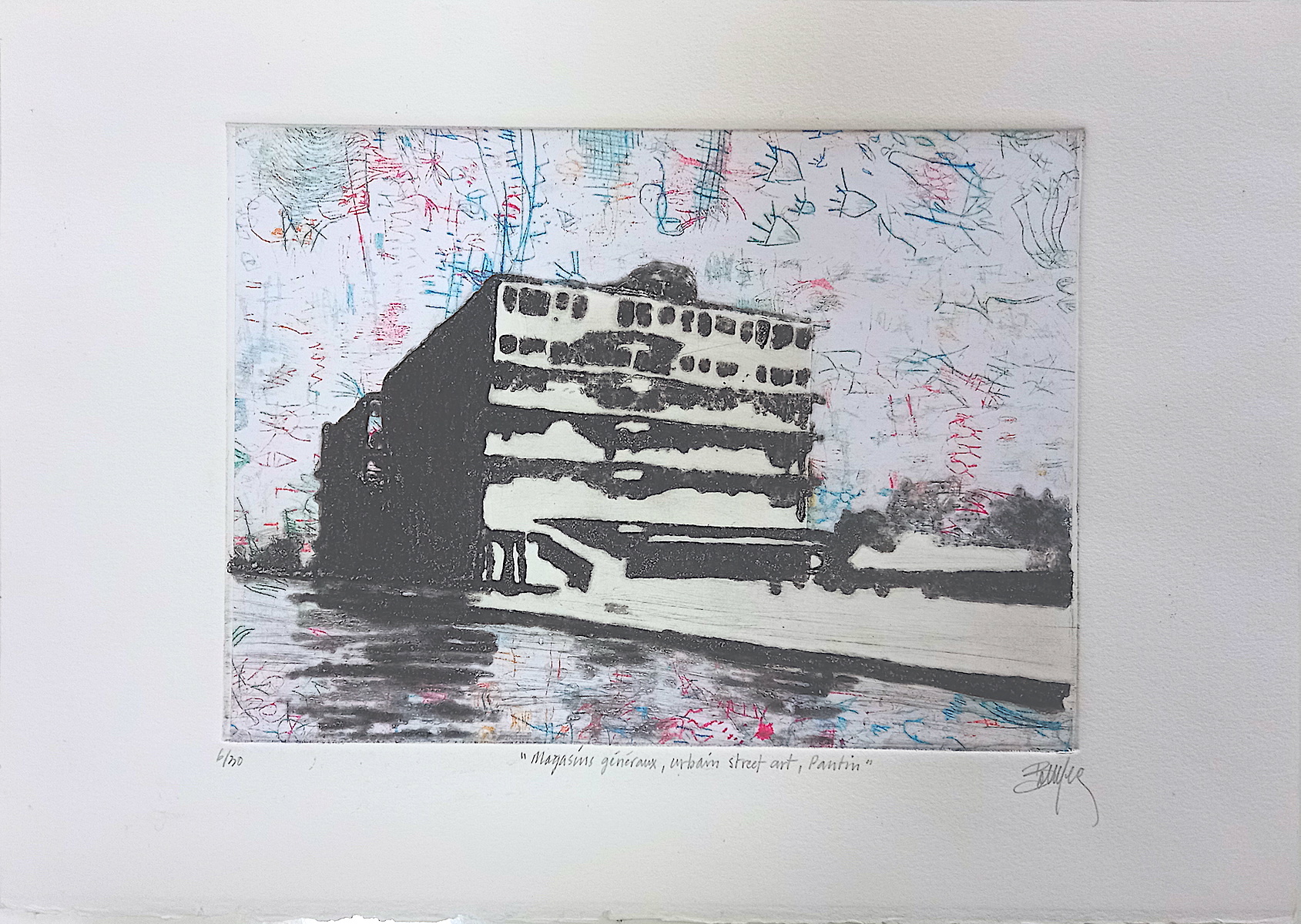 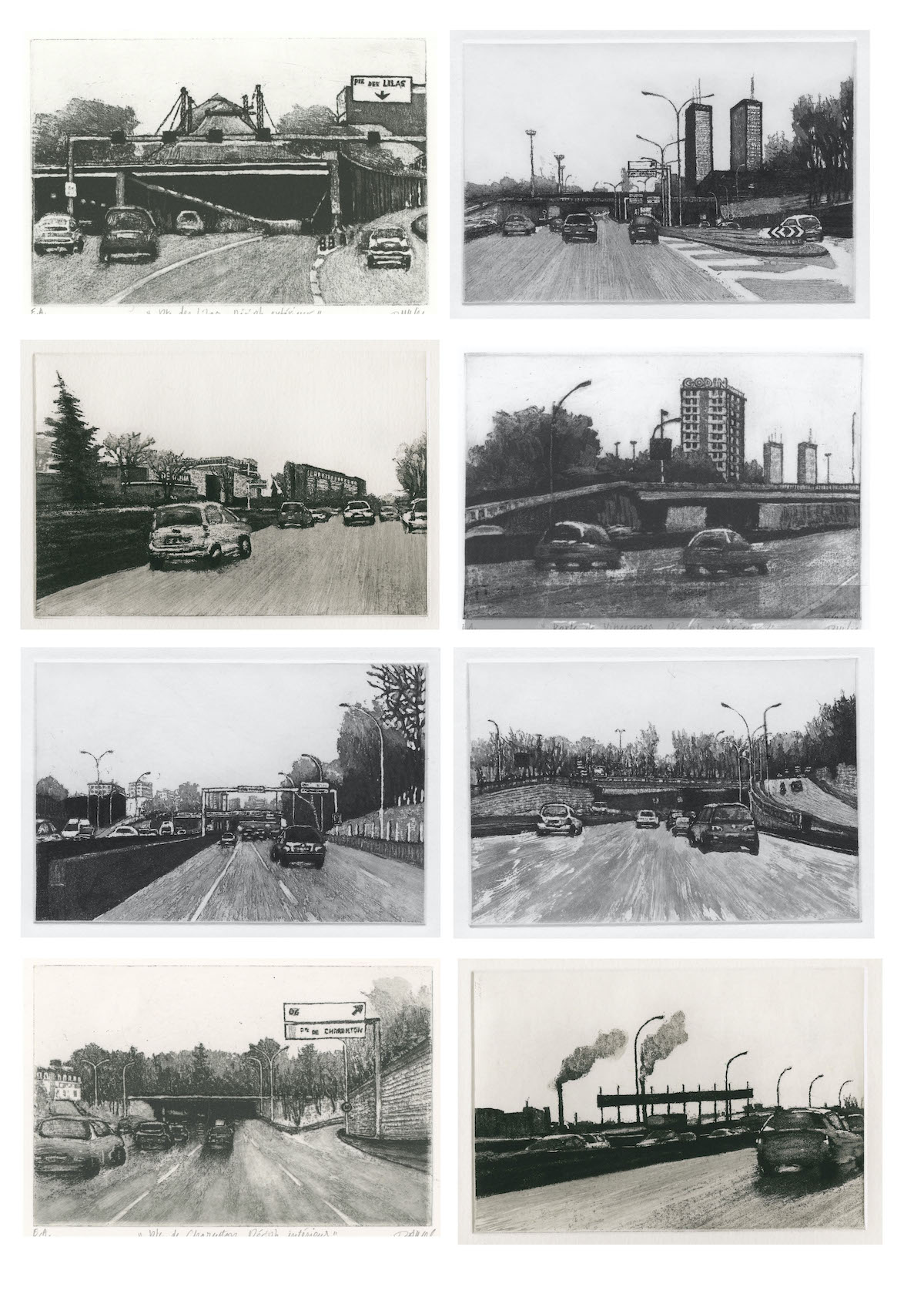 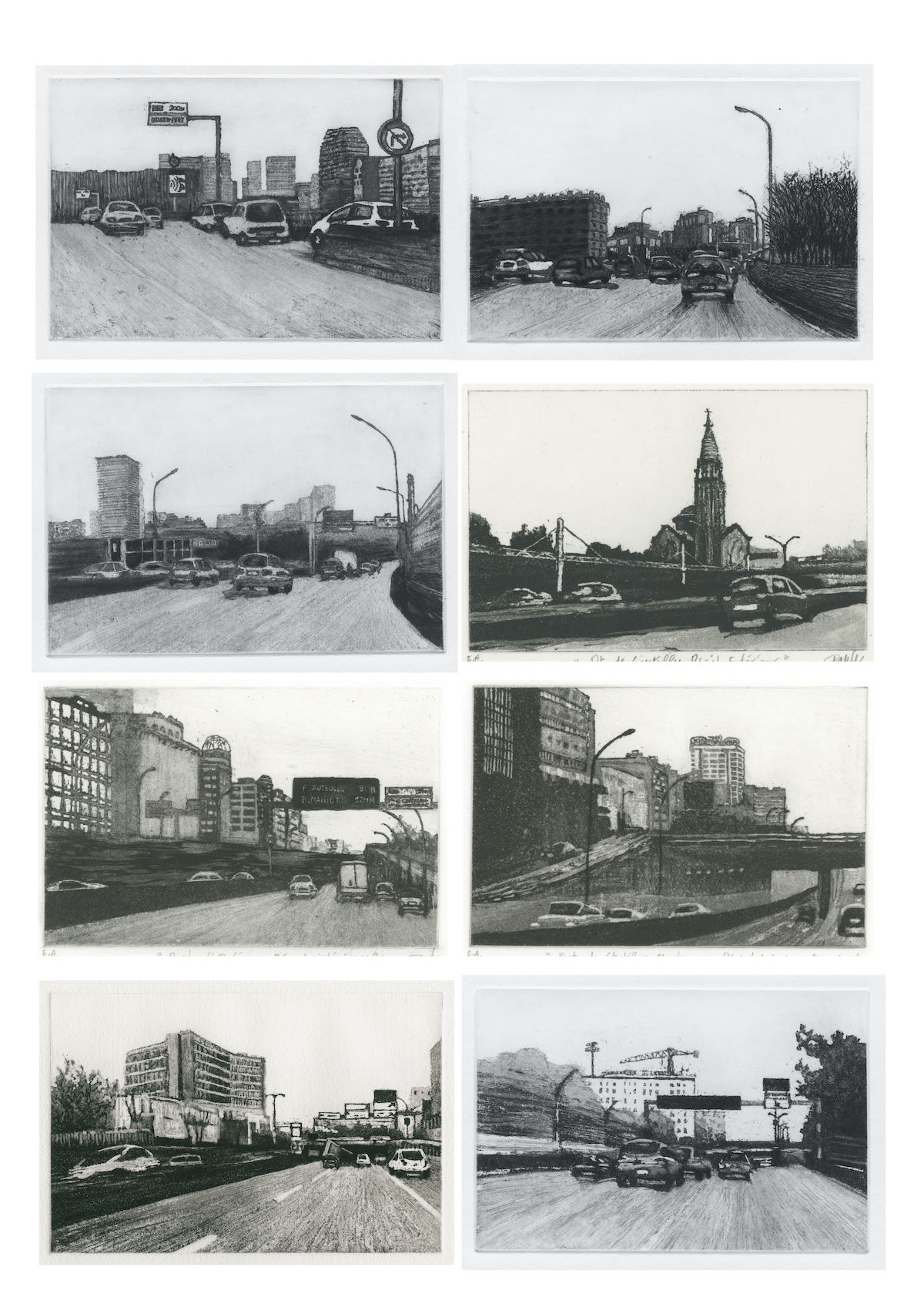 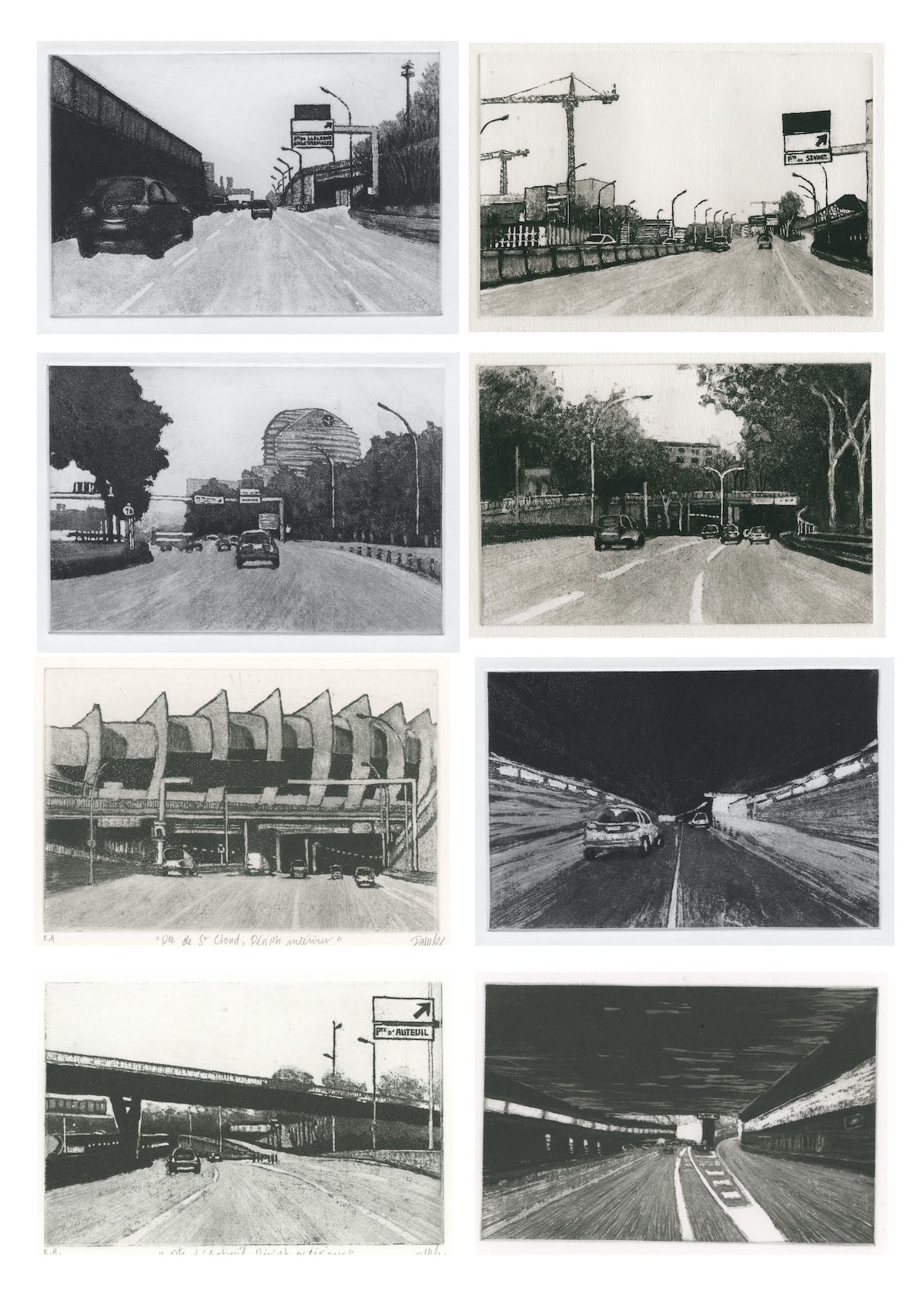 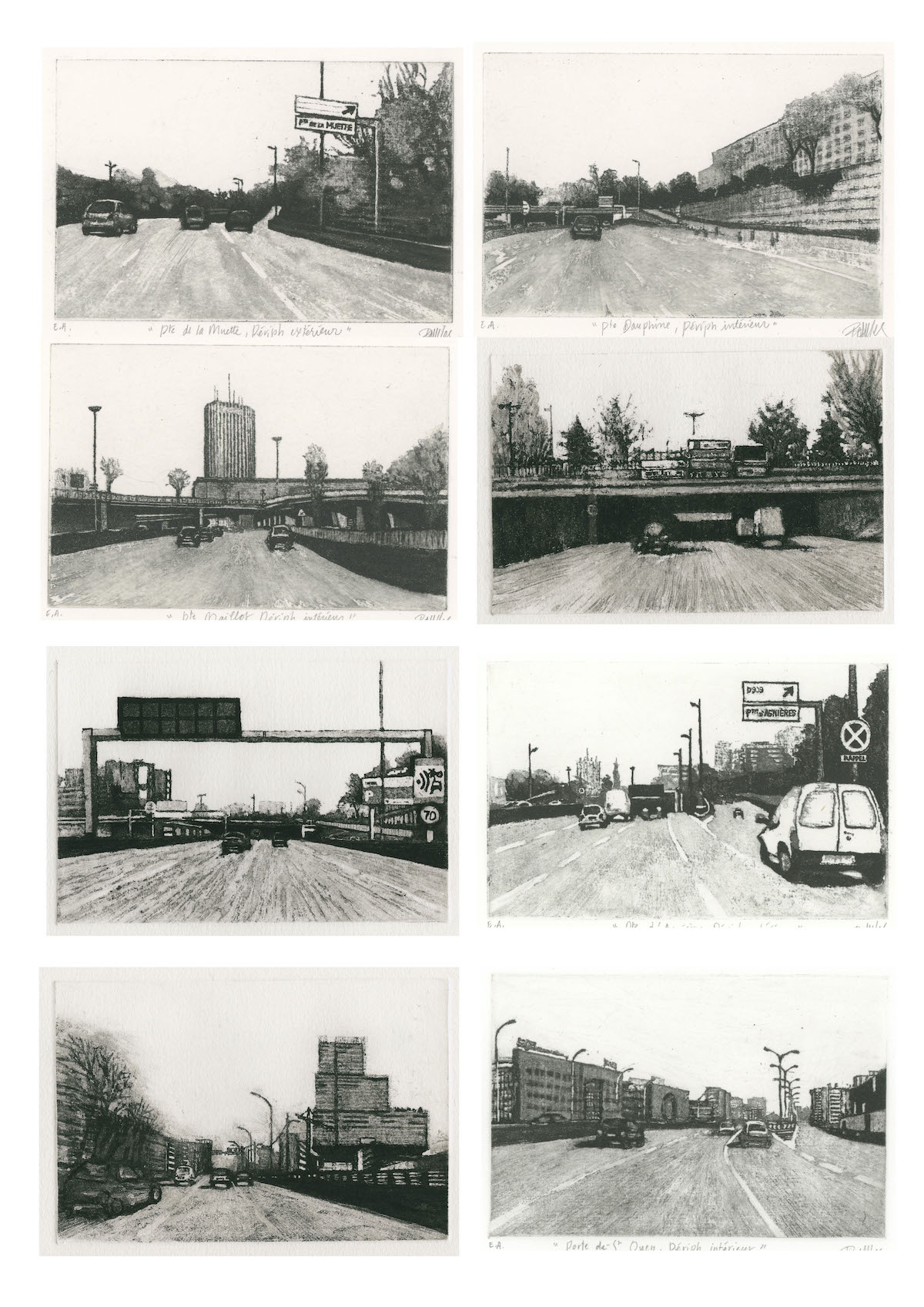 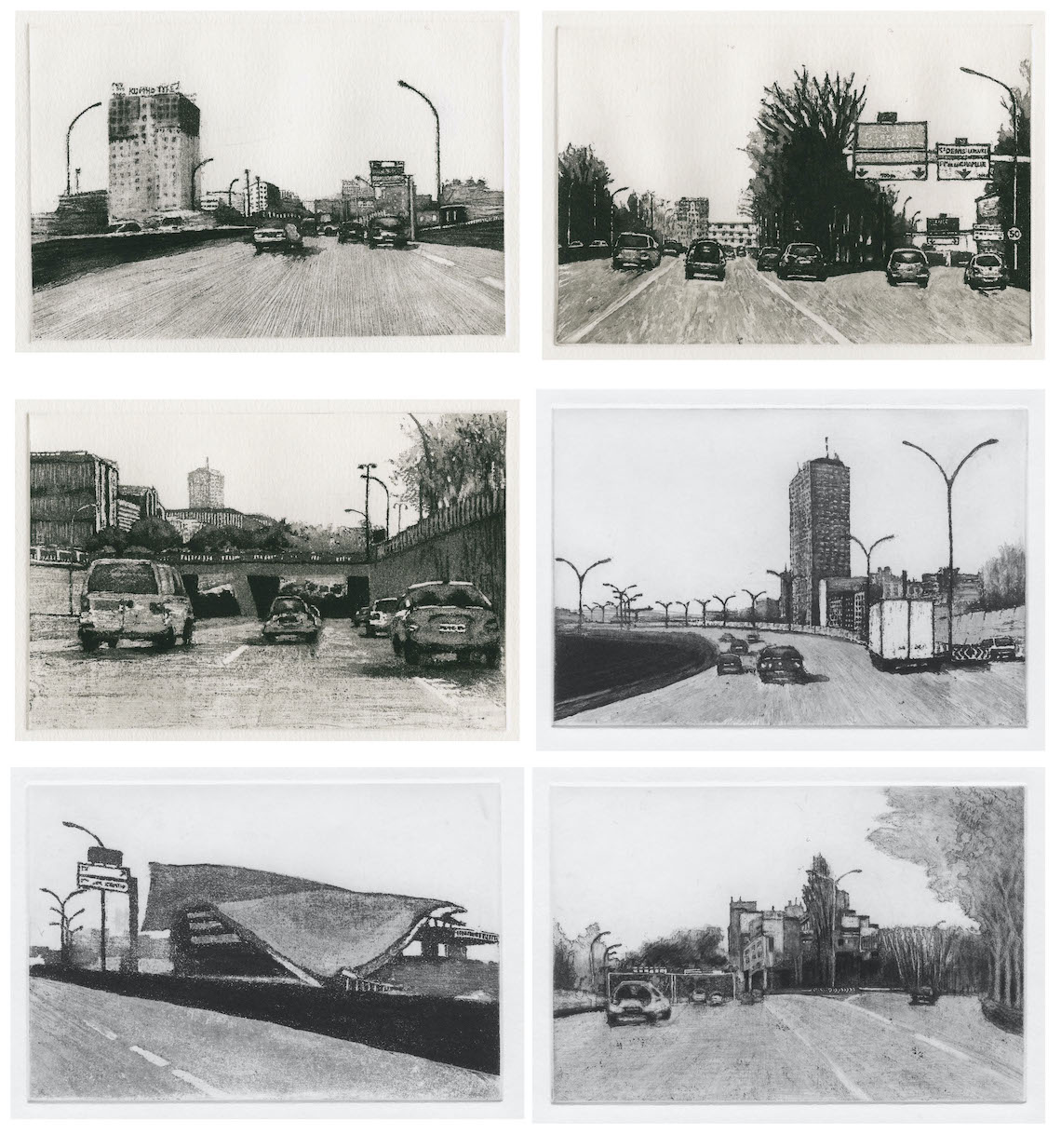