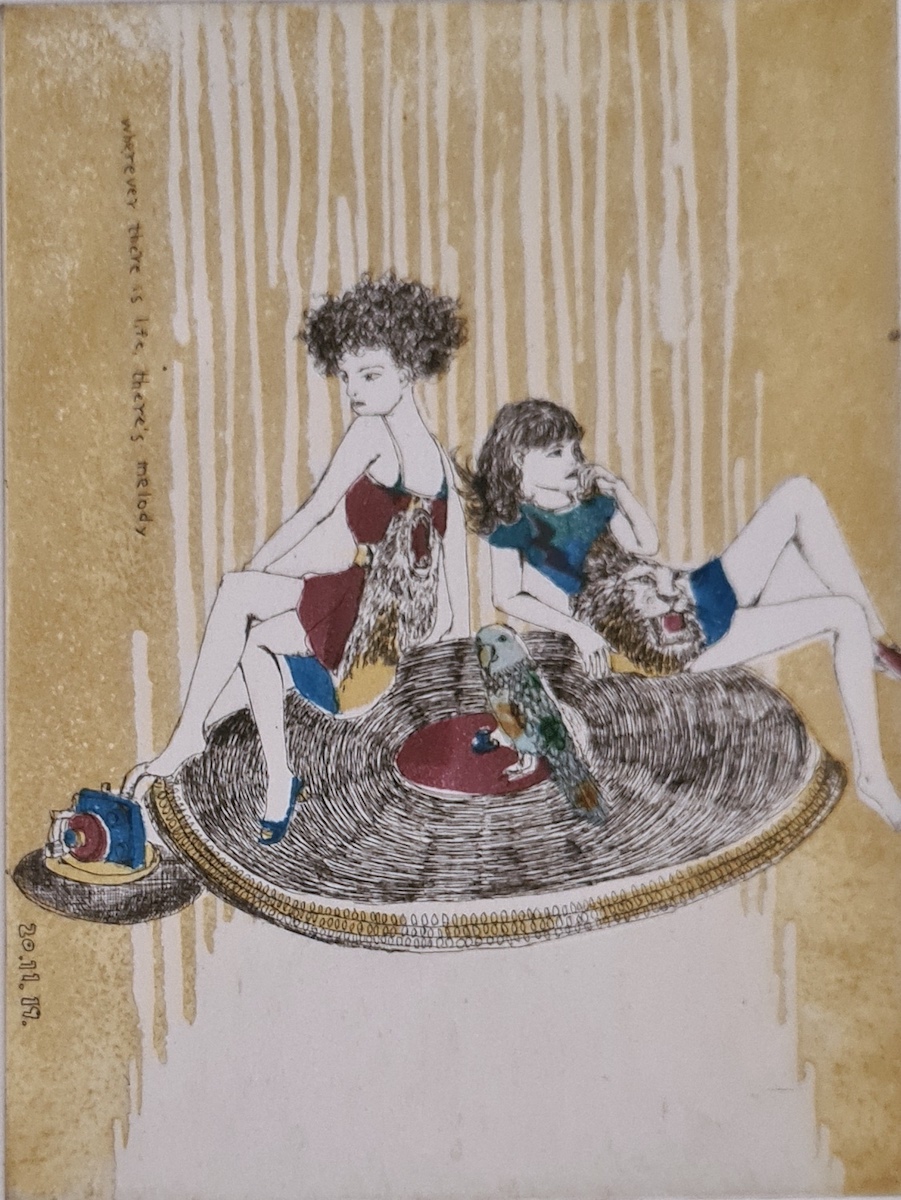 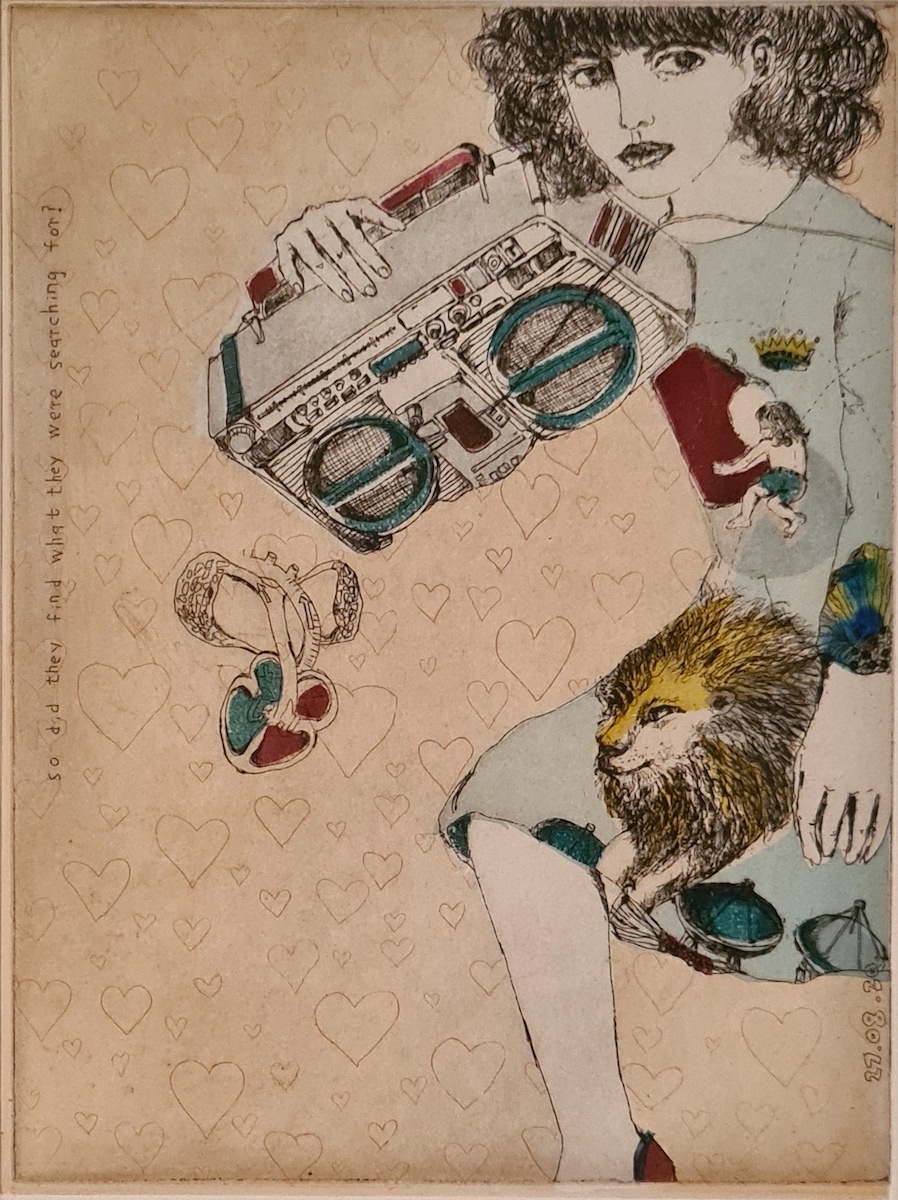 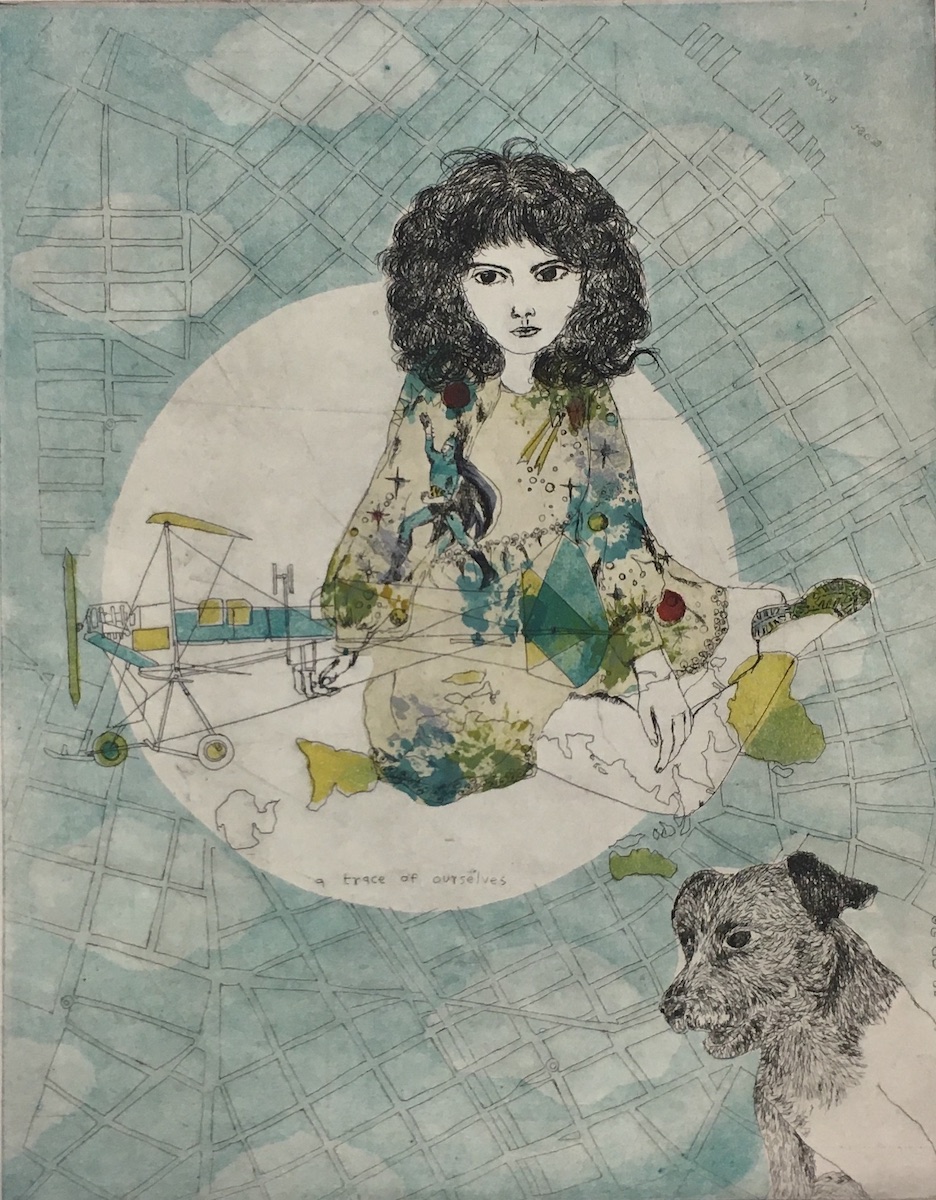 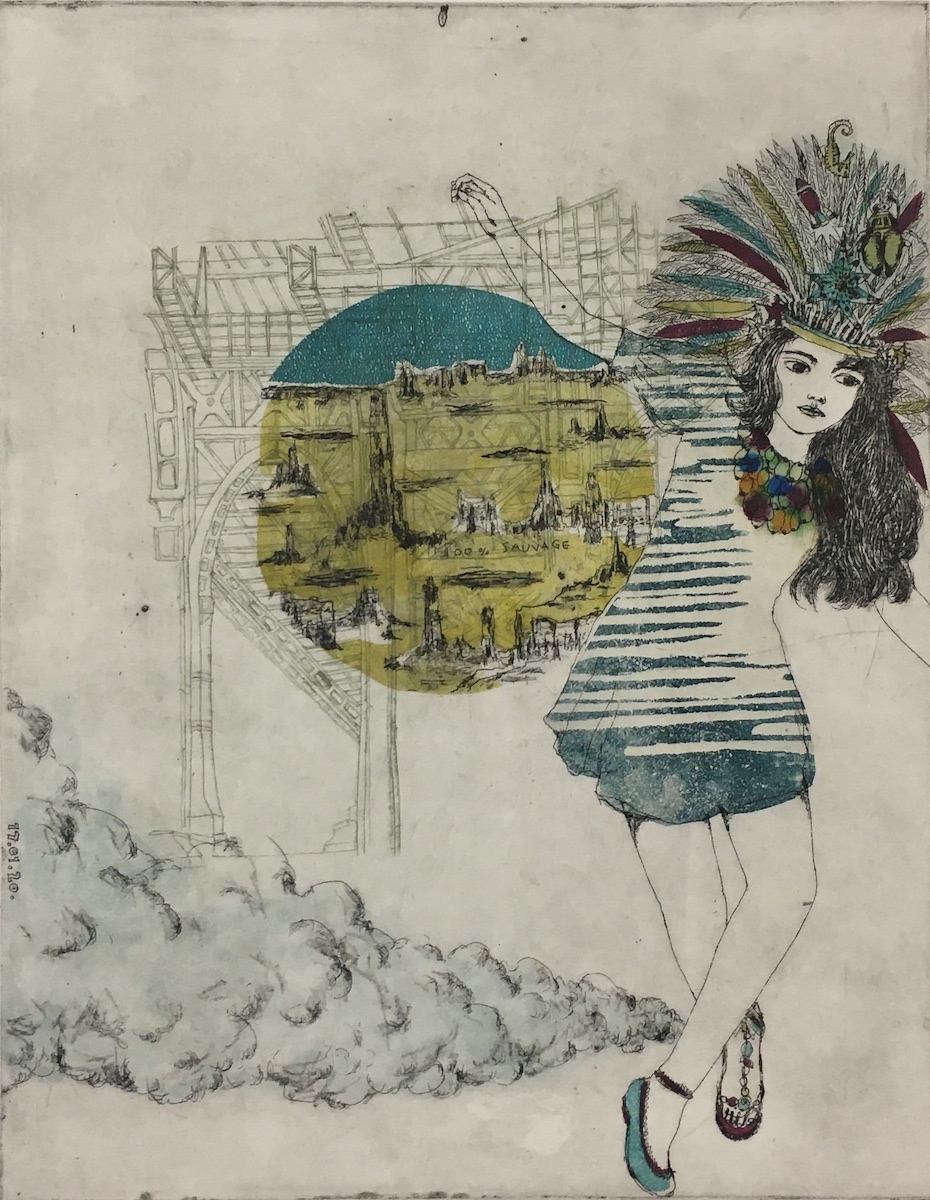 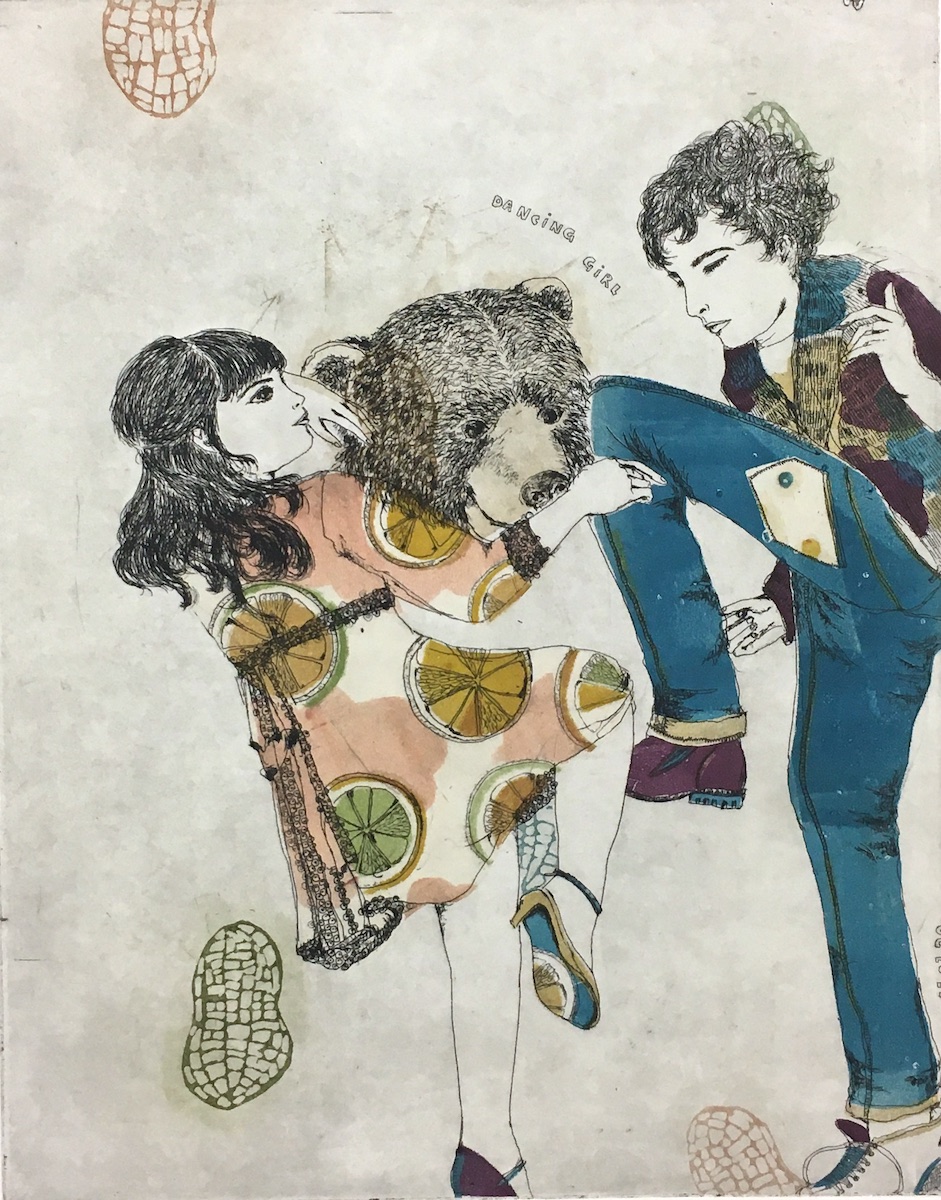 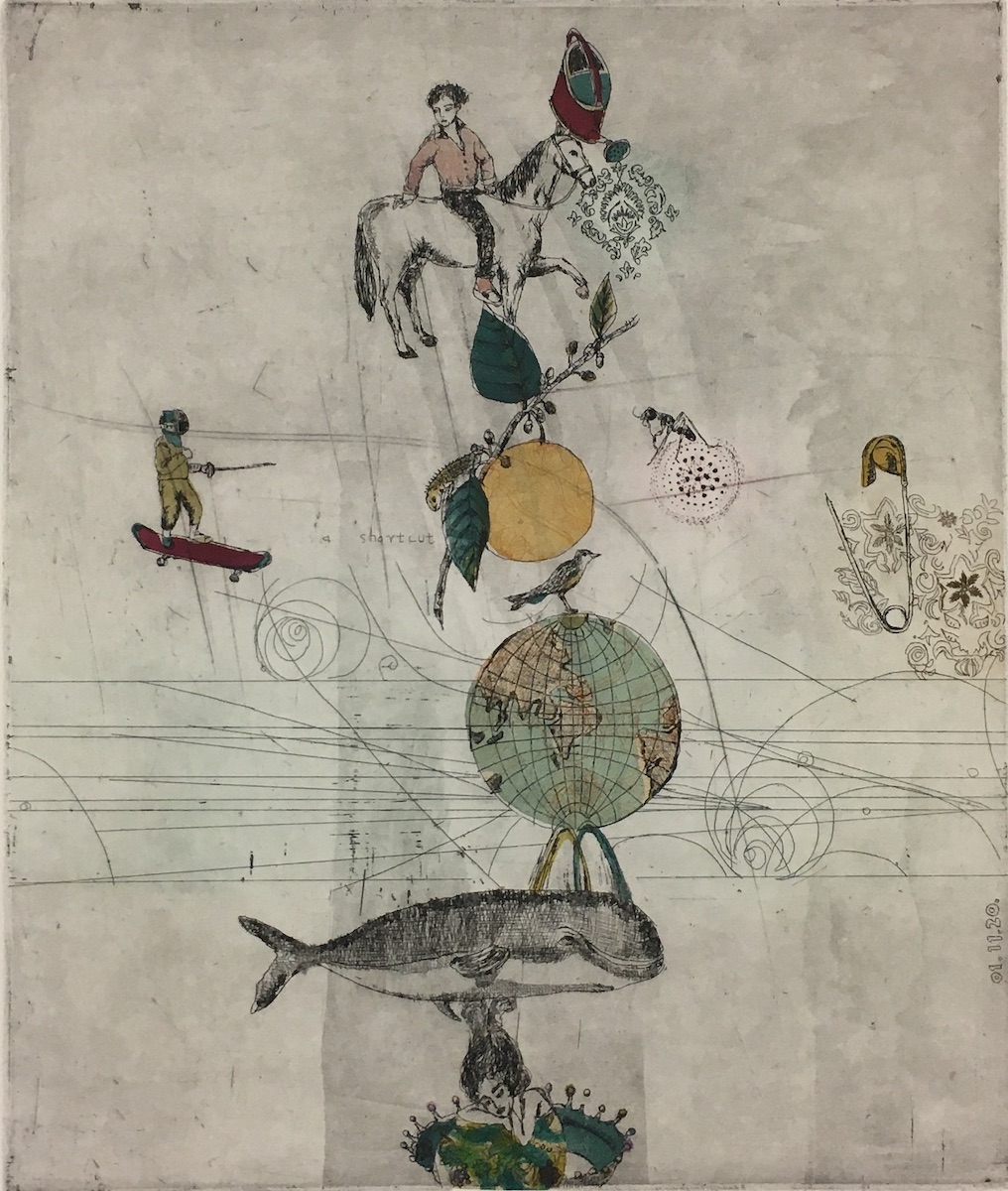 Lives and works in France since 1995.
Atsuko Ishii rarely draws, considering her copper plate as a sheet of paper on which she expresses herself. Etching consists of varnishing a plate, attacking the varnish with a point to create the patterns, then soaking the plate in an acid bath that will attack the unprotected areas. Once cleaned, the plate is inked and several passages are made under the press according to the colors. The artist adds to this technique a system of gluing Japanese paper (e.g. the bodies), stencils on the plate for the colored surfaces, or embossing for certain elements (pair of cherries, dog, beetle, beating heart, …).
The printing is always in limited series and no intervention of the artist is made directly with the hand on the paper.
His precision of the line on the copper plate, his fine cuts which are used as stencil denote the control of a complex old technique. However, her world remains resolutely modern, taking printmaking out of the traditional framework – literally and figuratively.
Atsuko Ishii has a very fluid way of approaching her compositions, in a clear line. She has built up a personal vocabulary, with certain motifs appearing from one print to the next in different compositions; people, fruit, elements of architecture, landscape, signs, etc. appearing, others disappearing.
At first glance, her prints seem to be full of naivety, but it is feigned because her compositions are often tinged with playfulness. Atsuko Ishii takes us into her fresh, dreamlike, humorous universe, creating improbable situations, like magical, surrealist rebus in which references to childhood are present. Thus there is no marked floor, Kermit the frog appears, a volcano in smoke, a teddy bear with its head upside down, the girls wear only one shoe, the boys two different shoes, the girls play with a gun like in the westerns! or are ballerinas: these are only some of the examples of an unbridled narration, accentuated by sentences most often in English or in French, where the elements telescope and which bring us to a new level of reading.
Over the years, the drawing becomes more ample, the vocabulary is enriched, the color also. Certain compositions are reminiscent of all-over paintings where the characters and animals seem to emerge from a carpet of multicolored flowers.
The artist regularly responds to illustration commissions (articles, books of poems) and also works on other media than paper, such as fabric, thus experimenting with other formats.
Nathalie Béreau 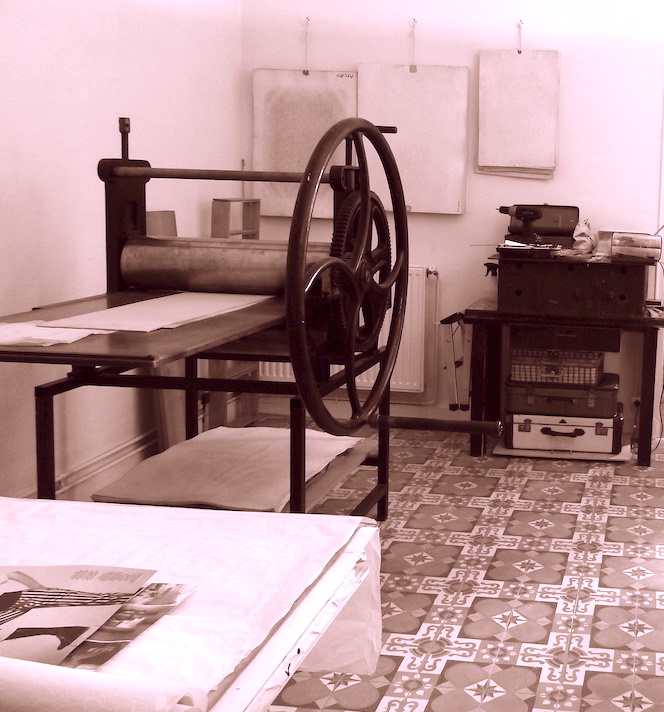 Find the engravings presented below on sale in the Onlinegallery 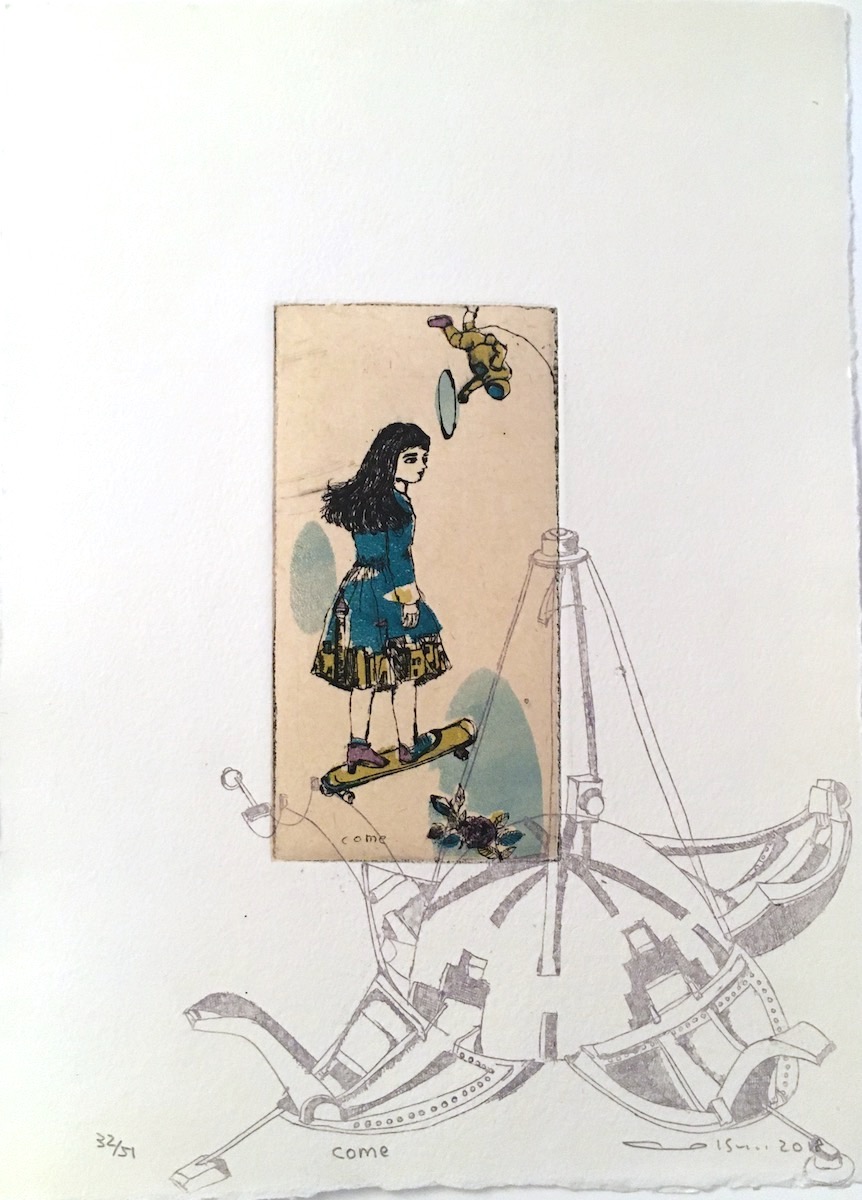 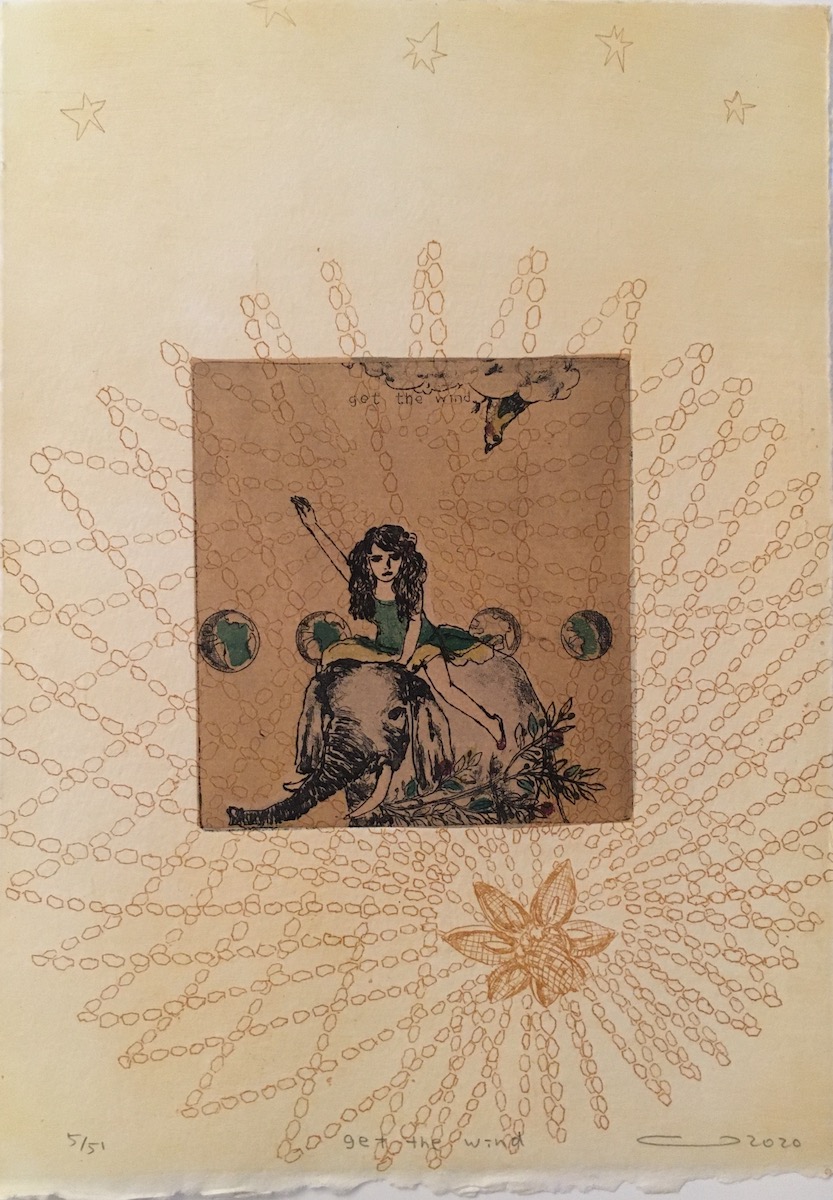 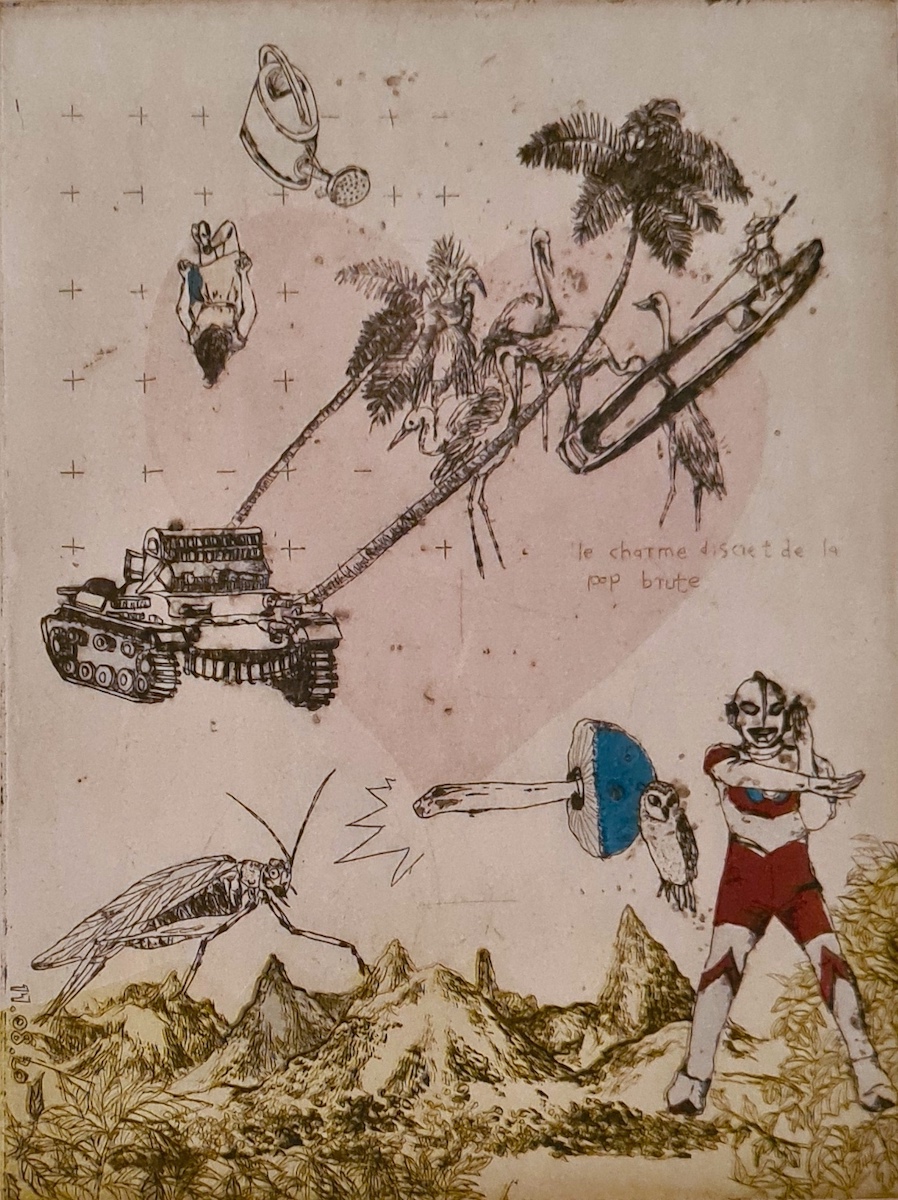 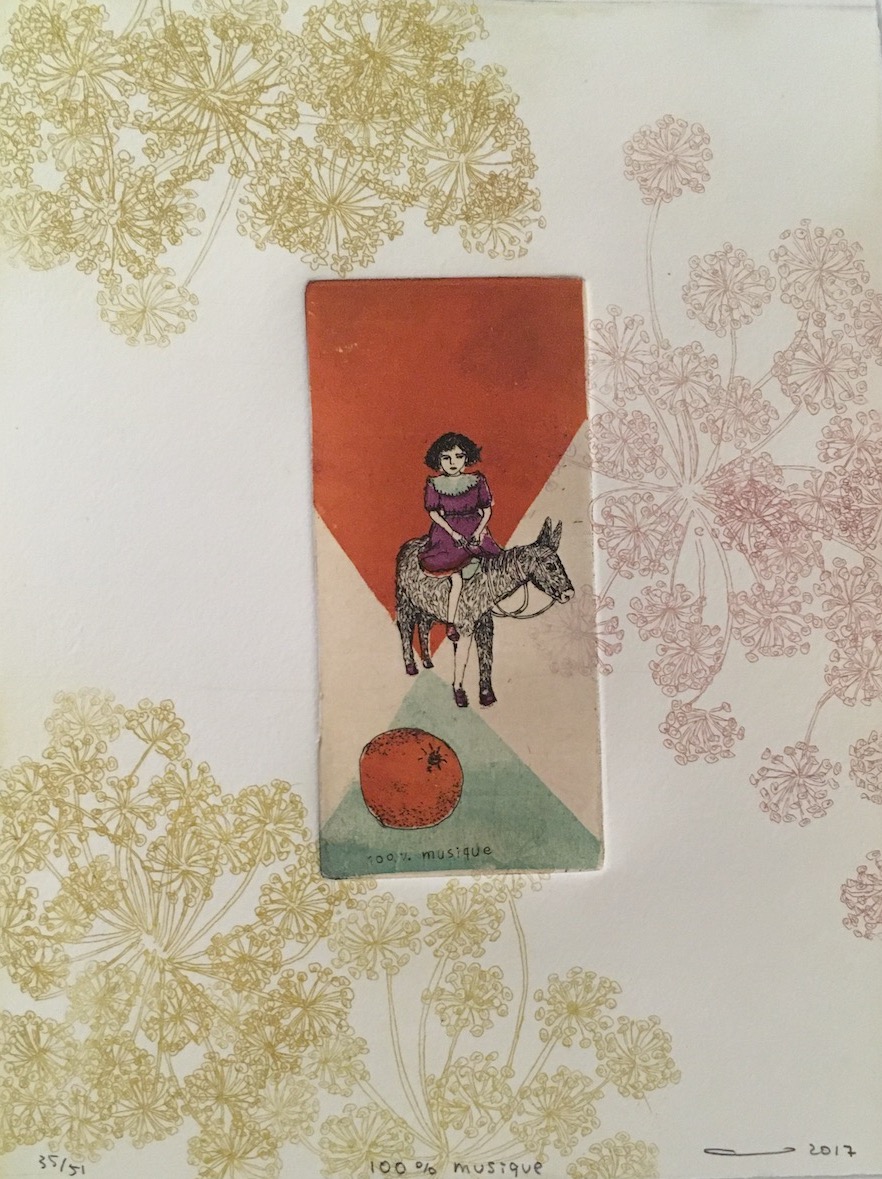 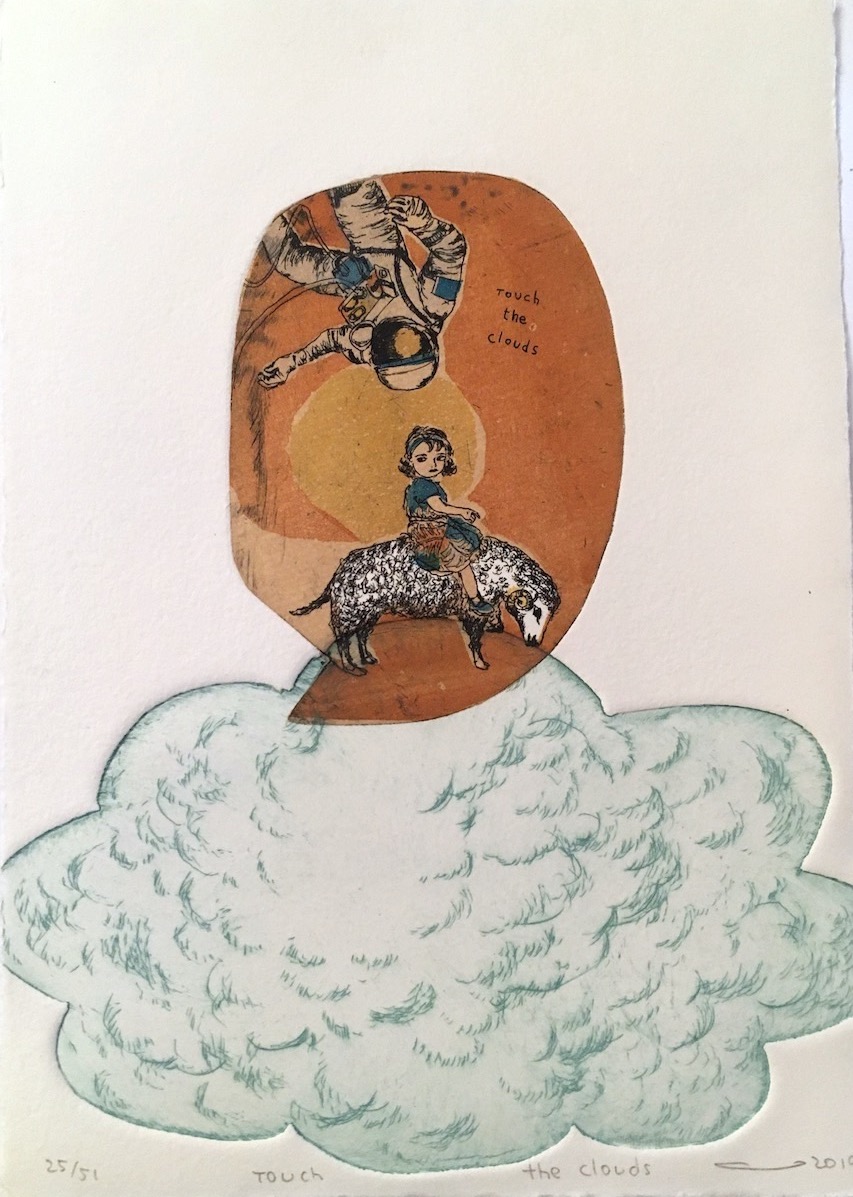 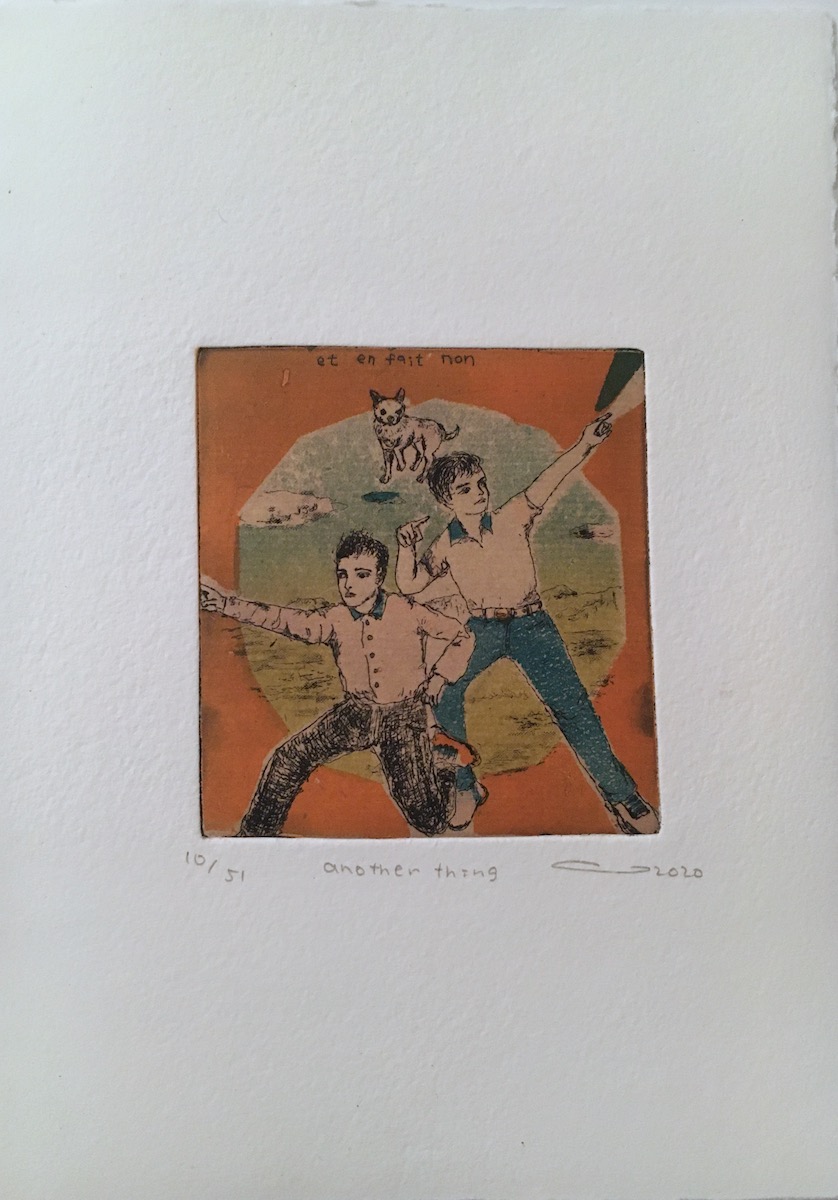 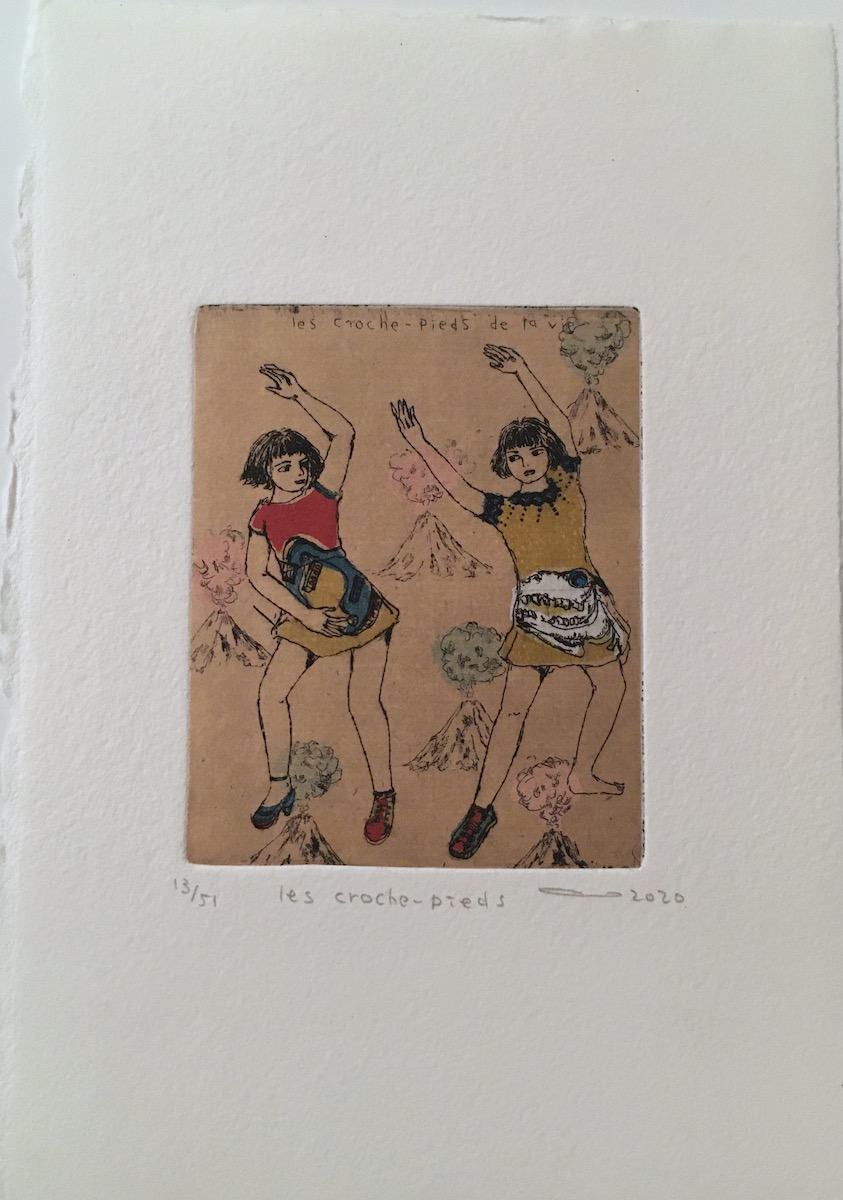 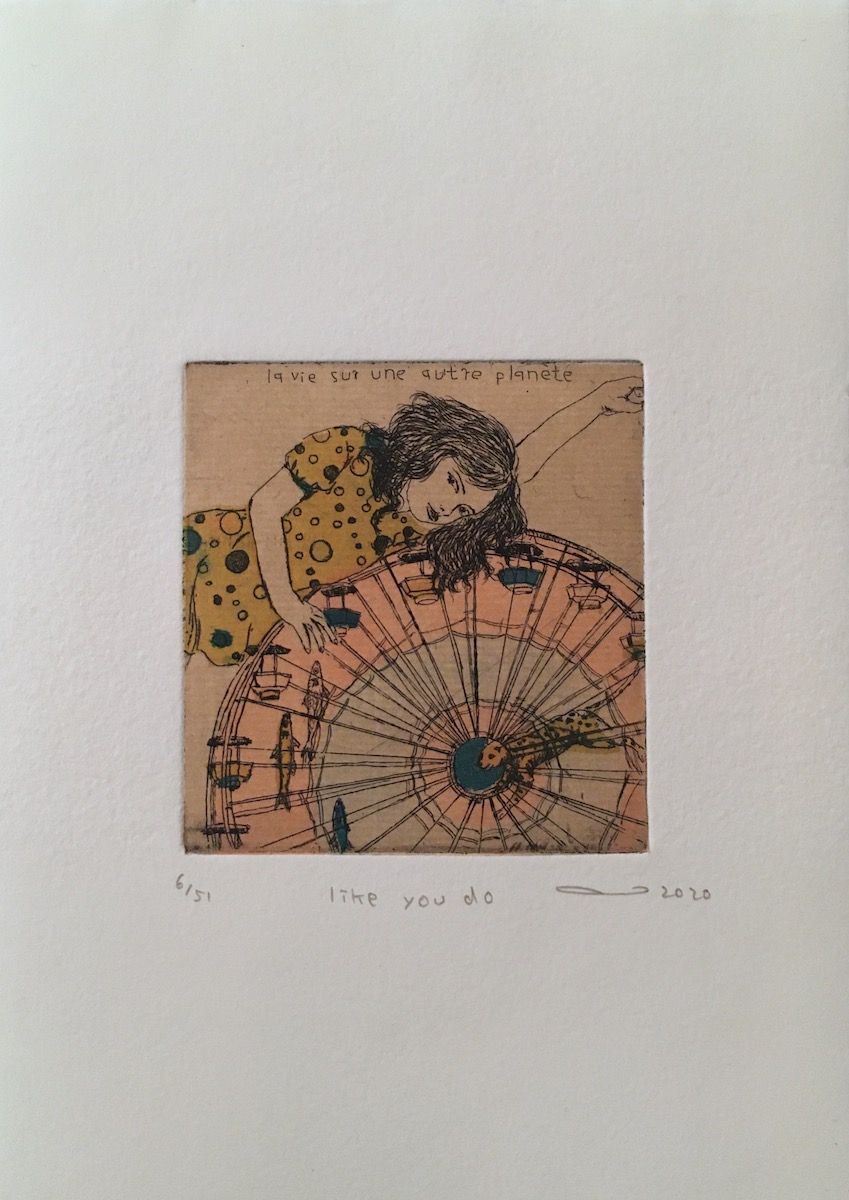 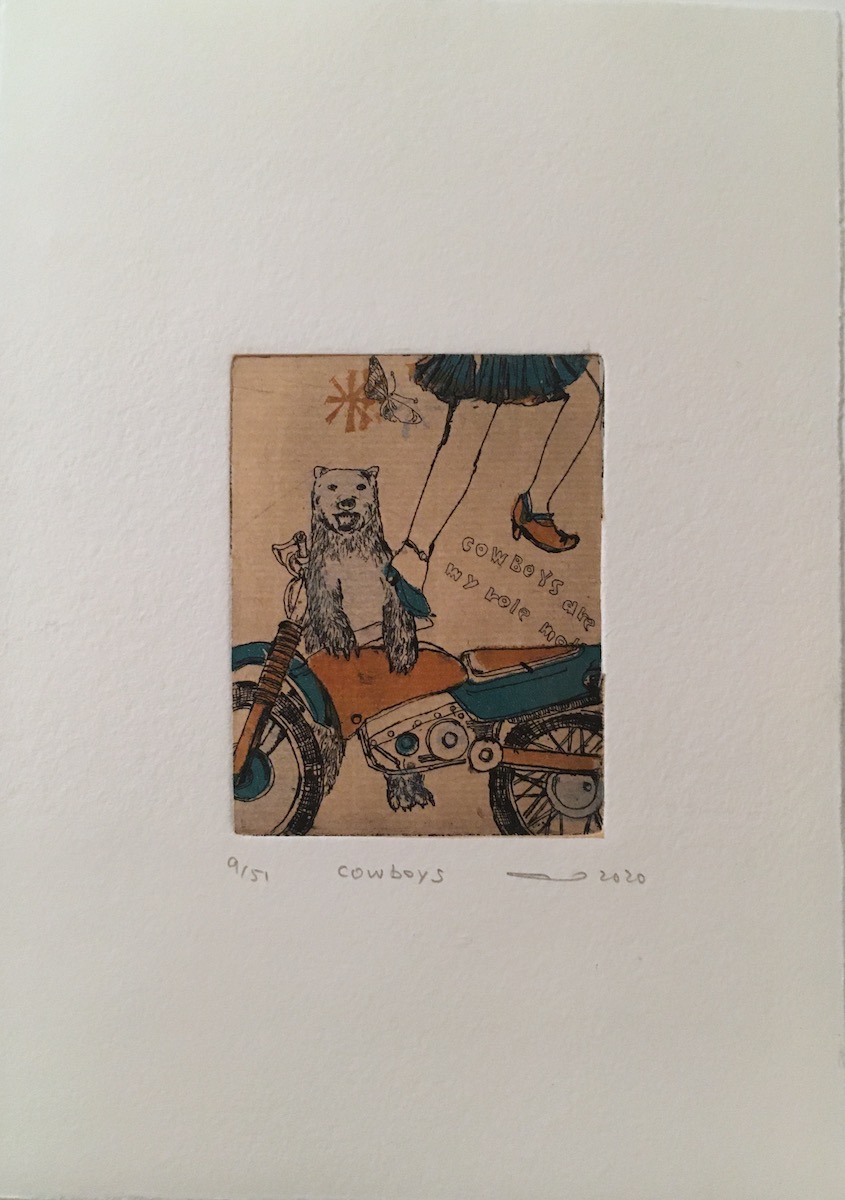 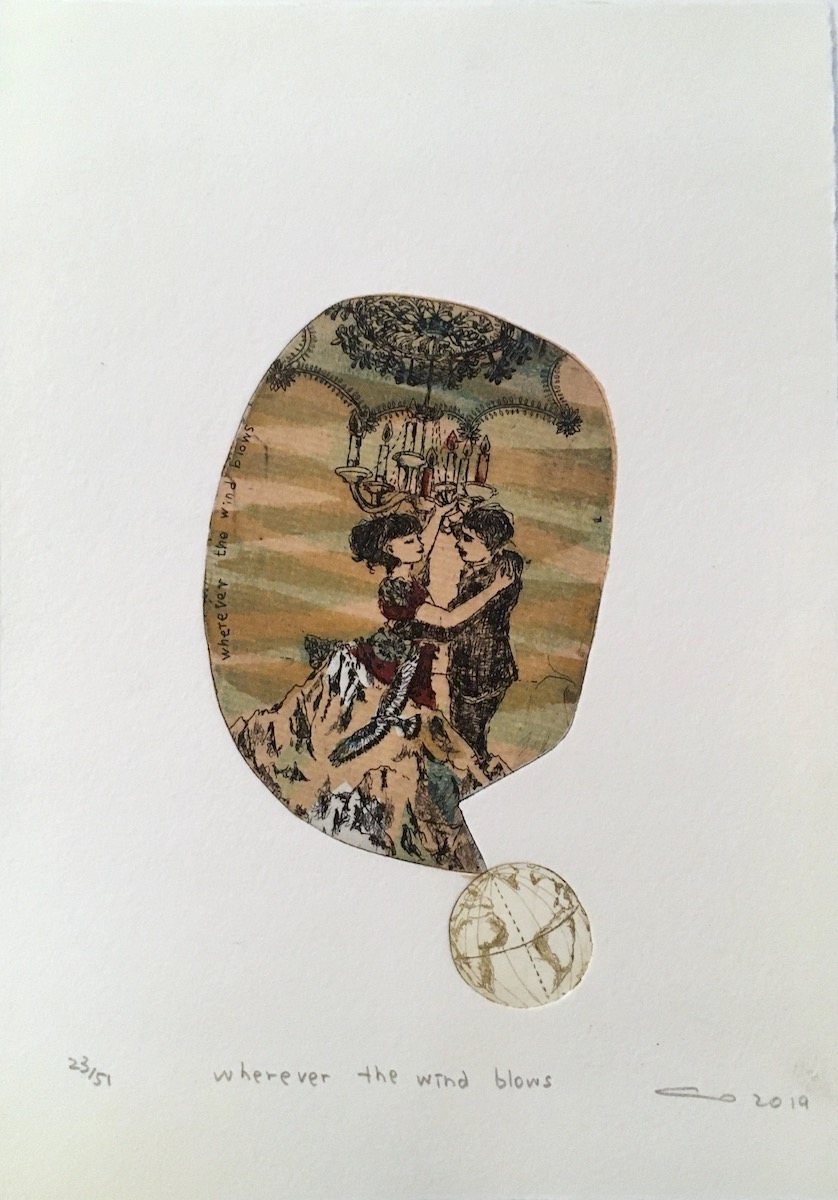 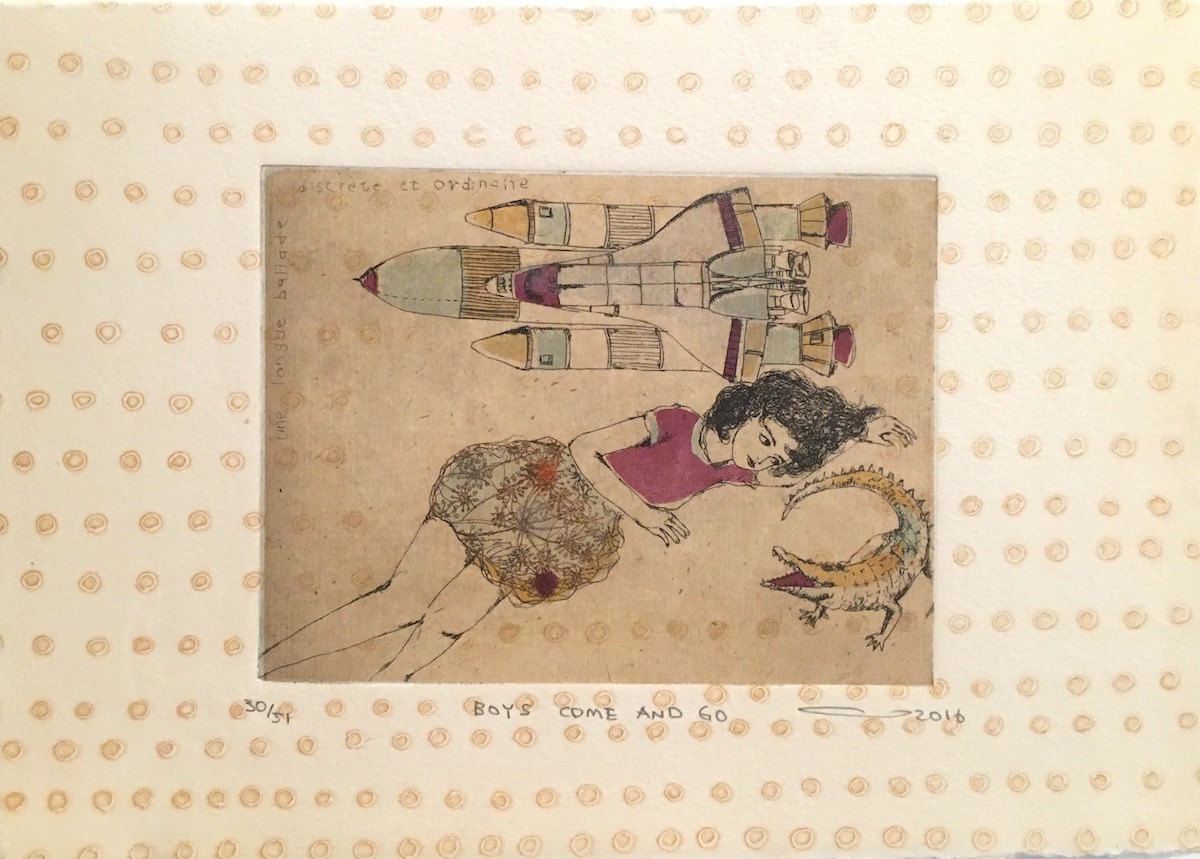